Chris Bumstead has hopped on a new diet in preparation for the 2022 Mr. Olympia, and it consists of a huge 1,000 calorie breakfast. 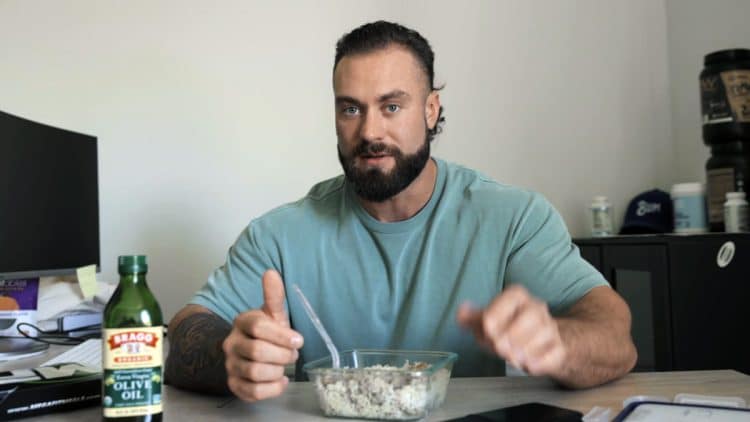 The reigning and 3x Classic physique Olympia champ, Chris Bumstead, has set his entire focus on the most prestigious bodybuilding competition of the year. Despite winning the past three shows, Chris is pushing himself to become better with each year that comes. His goal is to build the greatest classic physique in the world, so multiple factors play a role in his preparation. One of the biggest ones is the diet plan, and Chris Bumstead has shared a 5,000 calorie bulking diet in preparation for the 2022 Mr. Olympia on his youtube channel. This competition is set to take place from Dec. 16th to 18th in Las Vegas, Nevada.

Chris Bumstead contracted Covid-19 at the end of 2021, which had severe consequences on his physique. He lost a considerable amount of weight and since then, Chris has been working as hard as ever to come back even better and win his fourth consecutive Mr. Olympia. Bumstead’s current bulking diet is not the same as the previous one, as he is taking a different approach.

“I’m not eating as much food as I always do in my off-season, so I’m testing long-term carb cycling. I ate a lot to get up to what I wanted, and I brought it down slightly, and my body maintained that weight, but I felt a lot better.”

Since it is still a long way out from the 2022 Mr. Olympia, Chris Bumstead has to pay attention to his bodyweight, as the Classic division has a weight cap.

Chris Bumstead is still experimenting with his diet, but he has made some notable changes already. He stopped eating eggs and is apparently feeling better without them. Chris usually takes a fiber supplement with his breakfast, as the food of which it is consisting doesn’t contain enough of it.

Chris Bumstead’s second meal of the day is a classic for bulking diets. It is just some rice mixed in with the ground turkey. However, since Chris wants to intake some carbs, but does not want to overload on rice, he incorporated olive oil to make it easier.

“I was eating like 350 grams of rice, and it was kind of hard to eat. So I decided to put olive oil in and a little bit of less rice… It honestly helped a lot with my digestion, and it also helped with my energy. If I ate 400 grams of rice, I’d be falling asleep.”

Chris Bumstead’s third meal is his last one before the training session. He uses a pre-made frozen steak meal, which he then heats up in the microwave. It consists of seven ounces of steak and 2.5 cups of sweet potato. Chris states that this meal comes out at around 700 calories in total.

Recovery is as important as anything else, and Chris Bumstead relies on meat and pasta to do the job. Chris also takes two pills of glucose after huge carb-loaded meals like this one.

Between this and the next meal, Chris also ate a peanut butter bar for a snack.

To finish his day off, Chris Bumstead eats another rice and ground turkey meal. For this meal, he does not intake a lot of meat, as it would be harder to digest while sleeping. Chris measured it at 120 grams of turkey and 290 grams of rice. He did not specify how many calories this meal had.

Chris Bumstead is six months out from the 2022 Mr. Olympia, but he is taking advantage of the long off-season to tone up. Hopefully, his new bulking diet will enable him to make some further improvements, as the daily macros intake seems very balanced. The eating process is considered one of the greatest challenges in bodybuilding, and Chris gave us a proper insight into how he does it.