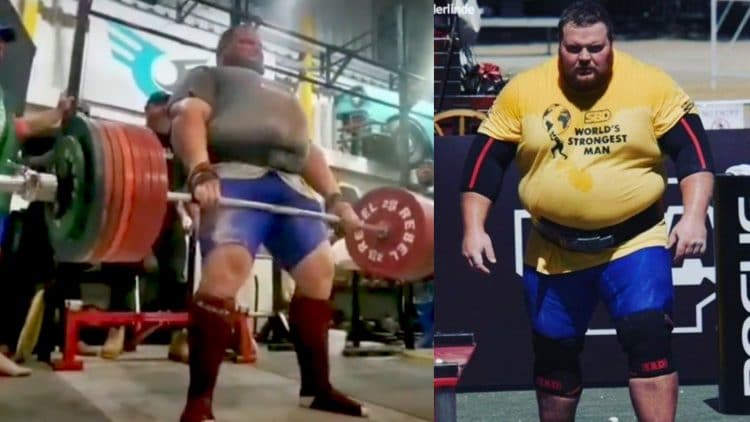 You can see Chris Van Der Linde’s world record deadlift, which was posted on his Instagram, right here:

Chris only used straps and a lifting belt here. He also deadlifts with a pretty wide stance, which resembles Thor’s 501 kg lift. He also hinges a lot after getting past his knees, and that is legal in strongman.

Related: WATCH: How To Deadlift And Avoid Mistakes – The Official Deadlift Checklist

What we can see on Strongman event is that Chris, despite breaking the deadlift record, came 4th. It was a tight battle for first place between two South African competitors, T. Mabaso and J. Schoonwinkel. Mabaso managed to win it with only a difference of 0.5 points. You can see the full list below.

With this record under his hat and loads of deadlift content on his Instagram, could this mean that Chris has primarily focused on deadlifts. If his improvement continues, like it has been in the past year, Chris could sooner or later be included in that deadlift world record race.

Bodybuilding Legend Dave Draper has Passed Away at 79