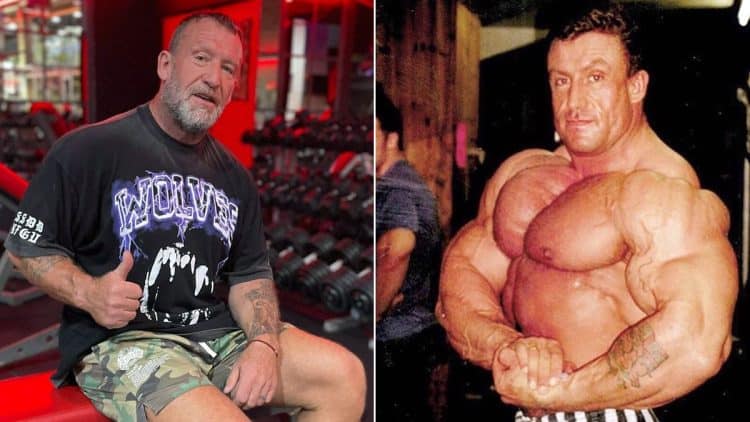 Six-time Mr. Olympia winner Dorian Yates is widely regarded as one of the most successful bodybuilders of all time. The IFBB Pro dominated the Olympia during his reign at the top from 1992-1997. In a recent Instagram post, Yates relived his bodybuilding journey and shared how it changed his life for the better.

Dorian Yates gained attention in the IFBB for his insane back development and made a name for himself with high-intensity training methods. While many bodybuilders like to utilize the traditional approach of using a set number of reps and sets, Yates encouraged others to reach near failure in every workout session.

“The Shadow” developed a reputation for maintaining a low profile in the off-season. Yates preferred to stay away from the limelight and focused on improving his physique. Instead of talking, Dorian captured audiences with his jaw-dropping physique.

Although he has long moved on from his days of competing, he remains a revered figure in the community given his achievements. In the past, he’s discussed bodybuilding cycles too. The bodybuilding legend named Dianabol as his favorite compound of all time. Now that he no longer competes on stage, Yates micro-doses testosterone.

Dorian Yates shares the start of his bodybuilding journey

In a recent post made to Instagram, Dorian Yates shared how he got into bodybuilding and how it helped transform his life.

“Bodybuilding was on my mind 24/7. It was something I was good at, it had potential to change my life. I delved into training first in my mid teens and when I was 18, I got into a bit of trouble and was in prison. Naturally I had a better physique than pretty much all the guys there and I remember we all had to do a circuit around the sports hall.

“I completed mine much faster than the others, but the guard didn’t believe me and made me do it again! I knew that if I put all my effort into bodybuilding that something good was going to come out of it. Local Champion, British Champion… Mr Olympia!

“It was all I thought about, visualising myself training and winning contests whilst I was on the bus on the way to the gym. It changed my life, from being a regular guy from Birmingham to reaching the pinnacle of the sport.”

Last month, Dorian Yates reflected on the intense mindset he had throughout his bodybuilding career. He shared that he never trained for more than an hour and admitted he could have been a little easier on himself in terms of training and family outings.

Yates’ passion for fitness was spotted early by Golden Era bodybuilder Tom Platz, who was known for his exceptional lower body muscle development. The veteran shared that Yates surpassed him and took everything he learned to the heart.

Last week, Yates teamed up with Junior Mr. Universe Kaya Yusuf for a brutal back workout followed up by a posing session. Yates guided Yusuf taking him to near-failure in an Olympia-caliber training session. He also highlighted the difficulties of hitting certain poses in a detailed posing routine with the Amateur bodybuilder. His latest post is just another reminder as to why Yates is such a legend of the sport.