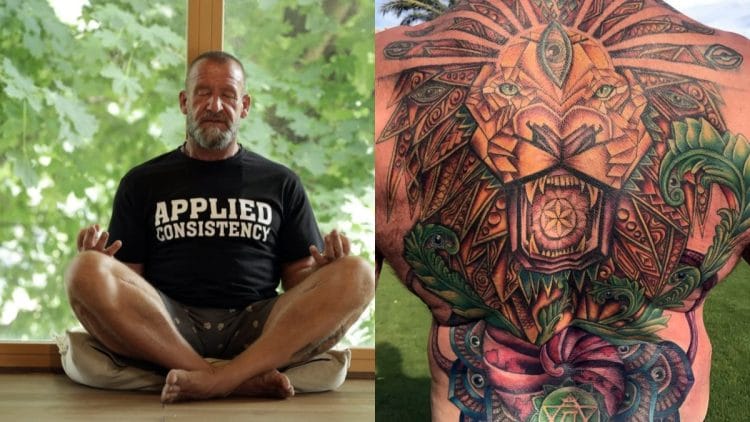 A legend of bodybuilding, Dorian Yates held a mystique in the sport like no one before him, earning himself the nickname “The Shadow”. In a recent post made on Instagram, Yates reflected on his ‘life-changing’ hallucinogenic experience using Dimethyltryptamine, widely known as DMT.

Yates was one of the most successful IFBB Men’s Open Pro bodybuilders to compete during his era and gave a new meaning to the term mass monster. He decimated his competition with a combination of sheer muscularity and conditioning, though it was his wide massive back that made him so imposing on stage.

During his explosive bodybuilding tenure, he managed to win Mr. Olympia for six years in a row (1992-1997). This accomplishment etched his name into the history books, as he holds the fifth-highest number of Sandow trophies ever recorded, trailing behind Ronnie Coleman (8), Lee Haney (8) Arnold Schwarzenegger (7), and Phil Heath.

Yates let his physique do the talking for the majority of his career. He is a well-respected figure in the sport and when he can offer wisdom to rising bodybuilders, he does. Yates also doesn’t mind sharing some of the techniques he used to find success at the highest level. He believes in self-discovery, and while it may seem unorthodox, Yates is confident using hallucinogenic compounds can have a profound effect on how someone approaches challenges in life.

Dorian Yates Shares Spiritual Experience on DMT: “There Was No Death, No End, and No Beginning”

In a recent Instagram post, Yates reflected on his psychedelic experience using DMT, insisting that it helped him see ‘that life is just a game we are all playing’.

“My first time taking DMT gave me a new perspective on life.

I felt like I had all the answers, that there was nothing to stress about.

That there was no death, no end and no beginning, that life is just a game that we’re all playing.

No need to take it so seriously.

I was able to see through the machine of reality.

It’s like seeing through a computer’s code and you see all these numbers.

I saw numbers and geometric shapes, like I was seeing the construct of what’s behind our reality.

Psychedelics can be powerful, life changing medicines but of course, must be taken under supervision.” Dorian Yates wrote.

The drug Yates used is called Dimethyltryptamine (DMT), a tryptamine organic compound that can be found in plants and animals. Routes of administration for DMT include inhalation, ingestion, or injection. Normally, the ‘trip’ lasts for 15 minutes but can vary based on the route of administration and how much of the drug is taken.

While he may no longer compete professionally, the 60-year-old prioritizes his health and continues to tinker with different types of diets. Last year, Yates opened up on his decision to no longer adhere to a plant-based diet following a mountain bike accident. According to the credentialed Pro, he wasn’t getting enough protein, which has since changed.

Unlike Yates nowadays, seven-time Mr. Olympia Arnold Schwarzenegger advocates for an ’80 percent plant-based diet’, which he’s been using for the past few years. Schwarzenegger released a documentary called The Game Changers, a film where he and others aim to dismantle common myths surrounding protein intake and plant diets.

Clearly, Yates is making the most of his retirement while keeping an open mind. After undergoing a ‘life-changing’ experience on DMT, Yates has a newfound respect for the power of psychedelics.