Platz shared a tip Arnold Schwarzenegger gave him and discussed Yates' success in the IFBB: 'to see Dorian Yates win that many Olympias, it makes me so happy.' 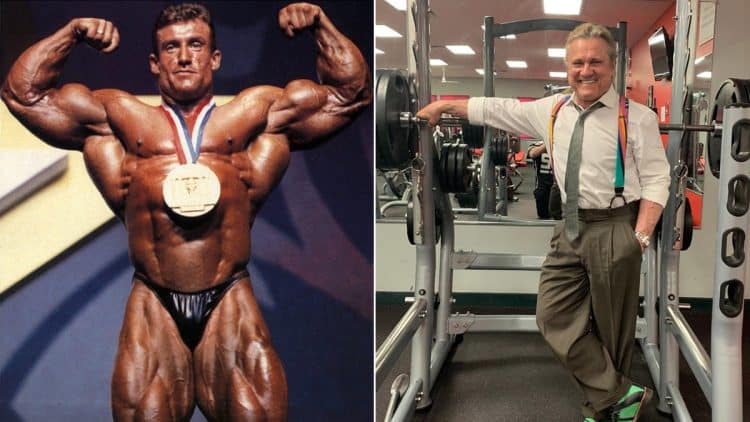 Tom Platz, a Golden Era bodybuilder, made a name for himself in the IFBB Pro League with an impressive lower body courtesy of intense training methods. In a recent video, Platz discussed training an ‘unknown’ Dorian Yates in England and shared a tip Arnold Schwarzenegger gave him for working out.

Hailing from Detroit, Tom Platz started his career competing at various AAU bodybuilding contests during the 1970s. He eventually moved to California and began training at the famous Gold’s Gym in Venice. It didn’t take long for Platz to find his footing on the west coast as he won the Mr. Universe title in 1980.

Plaz developed a reputation for his remarkable lower body strength. His training methods and techniques influenced generations that followed in his footsteps. During his career, Tom has shared the Olympia stage with a number of bodybuilding greats, like eight-time Olympia winner Lee Haney, Frank Zane, Franco Columbu, and Mike Mentzer.

In 1992, Platz put his leg strength to the test when he participated in The Great American Squat Off. The contest was described as close. While he hasn’t competed in years, Tom’s influence on the sport is hard to ignore. In his latest interview, Platz discussed training Dorian Yates before “The Shadow” reached his full potential.

Tom Platz on Helping Dorian Yates: ‘He Took My Training Seminars to Heart’

During the video, Platz discussed helping Dorian Yates, who was an unknown bodybuilder at the time.

“Dorian Yates, if I may say so, was more of a pragmatist (a person guided by practical considerations rather than ideals) than me. I don’t want to say he was one of my students, though he was at every seminar I did in England when he was an unknown, and I gave him some suggestions,” Tom Platz shared.

Platz shared that it brought him joy to see Yates far exceed the success he enjoyed in the sport of bodybuilding. He remembered Yates as being studious during his 30 training seminars in Europe.

“When you’re a trainer, you’re a motivator, a public speaker, a coach, you want your clients to do better than you ever did,” Platz said. “To see Dorian [Yates] win that many Olympias — to be involved in some small way in the developmental process — that was my place at that time, I know that. It makes me so happy.
I get excited going, ‘he surpassed everything I taught him. Everything I talked about in those seminars. Thirty seminars in thirty days and he was taking notes,” Platz said. “He took it to heart. He was the one. He was the one. There’s never many. There’s always one,” says Platz.

According to Platz, Arnold Schwarzenegger taught him to ‘forget the rules’ whenever he was training at the gym. Tom stressed that he never wanted to be a victim of his genetics.

“In California, I was always taught — do whatever you want, do whatever you believe, don’t be confined with those Eastern United States protocols or those social mores.
Arnold [Schwarzenegger] told me that when I was training with him. [He said], ‘forget the rules, forget the rules, forget about it.’ He was a realist. He could do whatever he wanted. He had great genetics, but he was also, ‘I believe in myself, I believe in my existence, I’m not limited in anyway,'” Platz explained.

In the past, Platz has discussed his experiences taking steroids throughout his career. He shared that for most of his bodybuilding tenure, he took only two substances. Platz credits that for his good health and longevity.

This subject was brought into the limelight again when three-time Classic Physique Olympia Chris Bumstead revealed his two-compound cycle for this year’s prep. One of the sport’s veterans in Samir Bannout who competed against Schwarzenegger, also suggested that the “Austrian Oak” was at his all-time best using only two compounds.

Whether it’s training lessons or advice about steroids, Platz doesn’t shy away from helping those who share a passion for bodybuilding. Platz is proud to have been a small part of Dorian Yates’ career before he went on a six-year reign as Mr. Olympia.