Eric Fleishman aka Eric the Trainer's wife, Alysia, confirmed his death on Instagram. 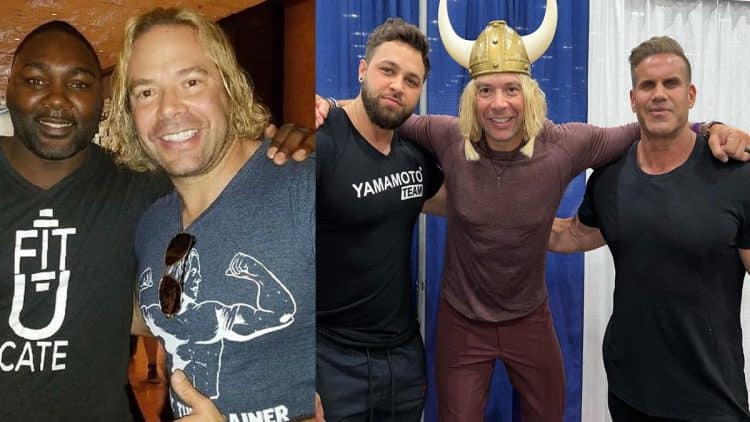 Eric The Trainer, real name Eric Phillip Fleishman, has been one of the world’s most renowned fitness coaches for decades, having transformed bodies and minds for 30 years. Thus, he earned his fame by helping Hollywood stars, UFC fighters, and others. It’s not surprising that so many people have been left shocked and in tears by the news of Eric The Trainer’s sudden passing.

Eric The Trainer’s wife, Alysia, first revealed that her husband had passed away. However, she did not disclose the cause of Eric The Trainer’s death. According to her, he died unexpectedly on the morning of November 24th at the age of 53.

“We are heartbroken to share that Eric Phillip Fleishman passed away unexpectedly on the morning of November 24, 2022. His wife Alysia, son, parents, and close friends/family are deeply saddened by this event.
Eric touched many lives for the better. He was a beacon of light, hope, and love.”

Eric has made a huge impact on many people’s lives and has left them in a much healthier place than they were before. Alysia’s post has generated a lot of comments expressing sadness and mourning for the family. One of these is the 7x Mr. Olympia, Phil Heath, who stated:

“My heart sank seeing this. I don’t want to believe this at all. I’m gonna miss our talks Eric. Seeing you was always a breath of pure fresh air. Your energy will forever be something I will remember for the rest of my life!!! May You Rest in Paradise! Until we meet again Brother.”

Another Bodybuilding icon and 4x Mr. Olympia, Jay Cutler, was impacted by Eric The Trainer’s passing.

“Such terrible news. He brought so much positivity to everyone. Rip” wrote Cutler.

Many other celebrities have also expressed sadness, including the famous singer Kiesza, bodybuilding professional coach, Hany Rambod, and many more.

Related: MMA Star Anthony Johnson Passes Away At 38 After A Long Battle With Illness

Eric was particularly skinny in his younger days, but his father took the right action and introduced him to martial arts at the age of ten. This would spark Eric’s desire for a healthy lifestyle and a passion for fitness.

After years of bullying as a kid, Eric The Trainer started growing in size in the second year of college. Following a training regimen at the Gold’s Gym in New Haven, Eric realized that he could become incredibly successful and enjoy working in this profession. So, he moved to New York and worked for five years as a personal trainer. In addition, he was certified through ACE and TSI.

With some experience under his belt and a developed plan, Eric The Trainer moved to Los Angeles in 1996 and further improved his knowledge. When Eric arrived, he sought out the greatest bodybuilders of all time with the aim of learning from them.  He found former trainers at “Vince’s Gym” who were responsible for shaping Arnold’s legendary physique.  He worked with Nick Kane, Frank Zane (Mr. Olympia), and Don Howorth, the “Duke of Deltoids,” whose massive shoulders earned him the 1967 Mr. America title.

This resulted in him partnering up with many Hollywood stars. Some of the notable ones were Big Time Rush, Ethan Suplee, Kirstie Alley, Michelle Branch, Big John McCarthy, Max Martini, and Rachel Crow. Aside from training, Fleishman operates a successful fitness consulting business and serves on the advisory board of the magazine “Muscle and Fitness.”  In addition, he hosts numerous top videos on Muscle & Fitness’s online channel.

Eric served on the Muscle Beach Hall of Fame nomination committee in addition to actively participating in Muscle Beach in Venice, California.  “New Year, New You” is a show he hosts for Warner Bros.’ “WB.com” His work includes teaching the LA Sheriff’s Academy and working with the LAPD, CHP, and SWAT teams.

Even after three decades of working, Eric had “ʟᴏᴠᴇ ᴍʏ ᴊᴏʙ!” in the caption of his Instagram profile.

Related: Bodybuilder Paul Poloczek Has Passed Away At 37

Eric The Trainer will forever be remembered as the man who has positively impacted the health of thousands of individuals, both physically and mentally. The chances of anyone accomplishing what he has are extremely slim, as Eric was definitely one of a kind.

Fitness Volt sends its condolences to Eric The Trainer’s family, friends, and anyone impacted by his passing. May he Rest In Peace.