Bodybuilding legend Flex Wheeler has been fighting in the hospital following a problematic rotator cuff surgery in his left shoulder. 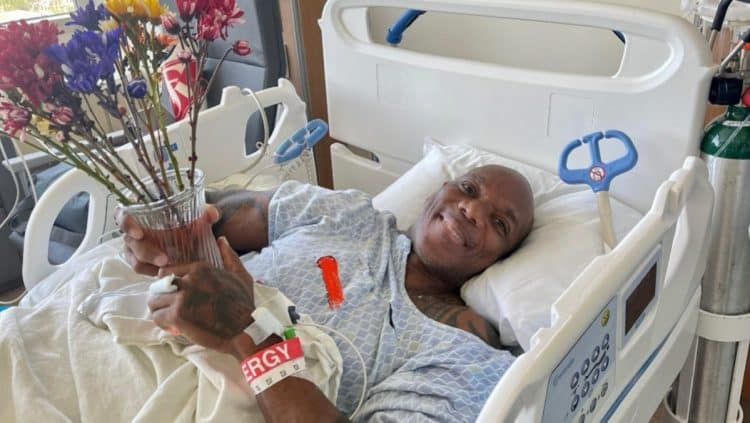 Bodybuilding legend Flex Wheeler is on the mend following a second painful surgery for a rotator cuff in his left shoulder. In a recent post made to Instagram, Wheeler revealed he’s been in the Southern Hills Hospital for 11 days and said he’s going stir crazy.

Wheeler’s bodybuilding career took place between the 1990s to mid-2000s. “The Sultan of Symmetry” was lauded for his aesthetic qualities, slim waist, and balanced proportions. In addition to pushing a number of legends on the prolific Olympia stage, Wheeler managed to claim the Arnold Classic title a total of four times.

In 1994, Wheeler was involved in a near-fatal car crash. Following the ordeal, doctors diagnosed him with a hereditary kidney disease toward the end of his bodybuilding tenure. These issues ultimately led to him getting a kidney transplant in 2003.

While he undoubtedly cemented himself as one of the greatest bodybuilders in the world, his success came at a heavy cost. In 2019, the bodybuilder was rushed into emergency surgery, which resulted in serious complications. After suffering from blood clots and kidney failure, medical professionals felt it was safest to partially amputate his right leg.

Unfortunately, things only worsened for the decorated IFBB Pro as he was again hospitalized but this time for a stubborn Coronavirus infection. He told his fans and followers that he was in acute kidney failure after battling the virus. Wheeler opened up about the scary ordeal last October.

Earlier this year, the bodybuilder underwent surgery for his back, which left him pessimistic and worried that he might not make it out of the procedure alive. While he made it out in one piece, he’s already been back to the hospital for a rotator cuff procedure that didn’t go well the first time. Wheeler updated his following in the hospital a few weeks ago hours after medical professionals operated on his shoulder.

Flex Wheeler on Latest Surgery Complications: “What Is Life? If You Can’t Truly Live It?”

In a post made to Instagram, Wheeler said he’s been laid up in the hospital for 11 days due to some ‘less desirable topics.’ You can check out Wheeler’s social media post below:

11 days and counting, since I’ve been hospitalized due to some less desirable topics….
–
What is life?
If you can’t truly live it?
–
Thank God for this powerful GEN 13 iPhone.
I can basically do all of my work, conference calls emails, texts and faxes. Pretty much everything I need to do to keep running my companies.
–
but, please allow me to be honest with you these four walls closes in fast on me and I’m starting to get stir crazy. I don’t leave my room ever for security reasons. So I have an idea 💡
–
Please allow me to live vicariously through you, share what you’ve been doing over the last couple of weeks and even furthermore what are your plans this weekend.
–
that would most definitely help me in being able to see past these four walls. So let’s party, I’m ready to read all your post and respond to each and everyone of them.

Holding a vase of flowers, Wheeler is seen smiling despite the unfavorable circumstances. Instead of wallowing about his current situation, the bodybuilding legend implored his audience to share what they’ve been doing lately to take his mind off the hospital stay. He added that ‘due to security reasons’ he’s not allowed to leave his room.

Wheeler is Andrew Jacked‘s prep coach. He guided Jacked en route to his dominant performance at the 2022 Arnold Classic Amateur. Andrew earned his pro card as a result of this performance and announced that he intends to enter the Texas Pro for his debut as a professional bodybuilder. George Farah, who coaches popular Men’s Open star Blessing Awodibu, is also helping Jacked with the nutritional side of things.

Whether Wheeler recovers quickly enough to serve as Jacked’s coach for the 2022 Texas Pro is uncertain. As it stands, the 56-year-old has been in the hospital for almost two weeks, so it seems unlikely. Wheeler is expected to make a full recovery in due time, but it’s unclear when he will be discharged from the Southern Hills Hospital.