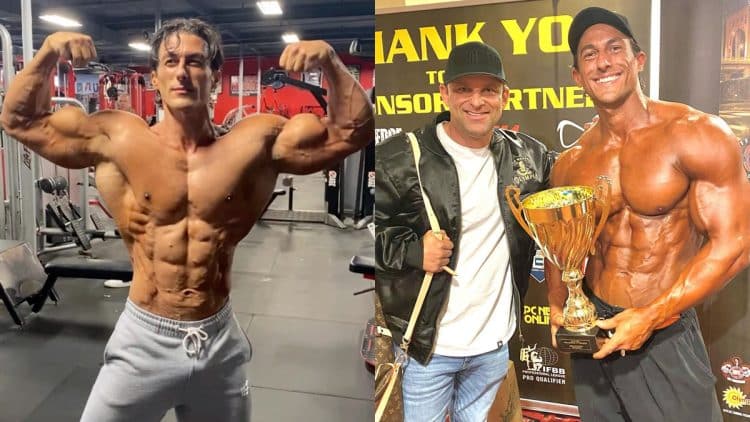 Bosnian-American bodybuilder Sadik Hadzovic was on the sidelines for over two and a half years before his return to professional competition this season. His last Olympia appearance came in 2017 and he was set to make his return to the Super Bowl of bodybuilding after a five-year hiatus. In a recent Instagram post, Hadzovic shared that he would no longer be making his way to the 2022 Olympia contest.

Hadzovic first gained attention for his impressive physique in the IFBB Pro League as a Men’s Physique standout. He rose to prominence at the 2014 Olympia, where he placed runner-up behind Men’s Physique icon Jeremy Buendia. The following year in 2015, Hadzovic showed potential as a rising prospect but could not get past the dominance of Buendia, who won his second trophy and went on to become the winningest athlete in the division’s history with four Olympia titles under his belt.

After getting runner-up finishes for two years straight, Hadzovic believed he may not have the look the judges wanted and decided to switch to the Classic Physique division. He placed third in his debut at the 2016 Mr. Olympia behind runner-up Arash Rahbar and winner Danny Hester.

Hadzovic dropped down to the seventh spot at the 2017 Olympia in the Classic Physique division. He announced that he would be taking some time off to recharge following the show. In 2019, Hadzovic came back to compete at the 2019 Arnold Sports Festival and secured sixth place. However, he chose to take another extended break after the show.

In Dec. 2021, the bodybuilding veteran declared it was time to step on the stage again and hinted at a return in May for the 2022 New York Pro. He gave fans a sneak peek at his preparations for the show with a grueling chest and tricep workout.

Just ten weeks out of the show, Sadik Hadzovic generated a lot of buzz with a peeled physique update before sharing another monstrous shoulder workout over six weeks away from his comeback.

Hadzovic made a statement in his return to action with a win at the 2022 Pittsburgh Pro. He followed it up with a third-place finish at the New York Pro, indicating all signs pointed to the nearing Olympia.

Sadik Hadzovic will not be competing at the 2022 Olympia

In a recent post uploaded on Instagram, Sadik Hadzovic revealed that he would not be making his comeback to the biggest show in bodybuilding at the 2022 Olympia.

“I know many of you were excited to see me back at this years Olympia. Unfortunately I will not be competing. I want to wish all the athletes the best of luck on this final stretch!” Hadzovic captioned the post. “Like the great Arnold says: “I’ll be back”

In October, Sadik Hadzovic had fans pumped for his showing at the Olympia. He shared a massive back workout that he utilized while in prep for the competition and gave Olympia-worthy tips through the different exercises.

The news of his absence from the 2022 Olympia just ten days out from the show comes as an anticlimactic end to his comeback season. Hadzovic has not yet disclosed the reason for his withdrawal.