A special award will be given to four-time Arnold Classic winner Flex Wheeler for his achievements in the sport of bodybuilding next March! 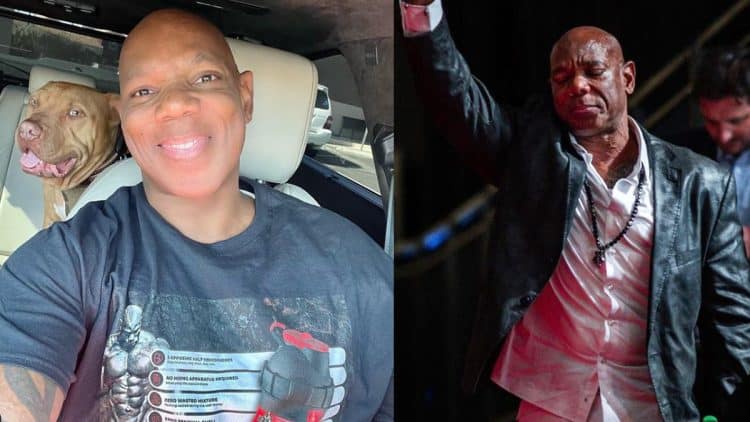 Flex Wheeler, one of the sport’s greatest legends, received a high honor over the weekend at the 2022 Arnold Sports UK Festival. In light of his contributions to the sport, Flex Wheeler will receive the 2023 Arnold Classic Lifetime Achievement award next March at a ceremony in Columbus, Ohio.

“A true legend of the sport and a continued driving force in modern bodybuilding 💪🏼,” wrote the Arnold UK.

While his hands never touched a Sandow trophy, Flex Wheeler led a wildly successful career as a bodybuilder. In 1993, he nearly stripped the title from six-time Olympia winner Dorian Yates but placed second. He competed at the highest level for years. Then in 1998 and 1999, he again came incredibly close to winning Mr. Olympia after finishing runner-up to Ronnie Coleman.

He holds the distinction of having won the Arnold Classic title four times (1993, 1997, 1998, 2000). Wheeler’s contributions and decorated career came at a heavy cost. “The Sultan of Symmetry” has unfortunately been through a number of surgeries. Eventually, his right leg was partially amputated as a result of a procedure that had complications.

Wheeler has faced consistent health problems throughout his bodybuilding career. He had a kidney transplant in 2003 following a bad car accident. However, in a recent podcast with Dennis James, he revealed that his kidneys are starting to show signs of failure. Nevertheless, he’s maintained a formidable presence in the sport and has helped train Andrew Jacked to success.

Last year, eight-time Mr. Olympia Ronnie Coleman was given the Arnold Lifetime Achievement award for his lasting impact on the industry. He gave a heartfelt and emotional speech, which he stated was the hardest speech he’s ever had to give in his life. His longtime rival, Wheeler, is the latest recipient of the honorable distinction.

In a post made by Arnold Sports UK, it was revealed that Flex Wheeler will receive the Arnold Lifetime Achievement award in March 2023, at the Arnold Classic.

“A huge congratulations to @officialflexwheeler on his lifetime achievement award 🏆

A post shared by The Arnold Sports Festival UK (@arnoldsportsuk)

The ceremony is expected to take place in Ohio, Columbus in March 2023.

In the past, Wheeler has been candid about his life struggles. He told retired seven-time 212 Olympia champion Flex Lewis that he wouldn’t wish what he’s gone through on his worst enemy. According to Wheeler, he’s thankful to still be alive given the alarming number of bodybuilders dying in the industry.

Wheeler doesn’t believe bodybuilders were using as much gear back when he competed, which might factor into why there have been more deaths in the sport. He argues that steroid culture has changed and drugs like Trenbolone are partially to blame. While some bodybuilders enjoy the compound, other athletes have sworn it off, like Larry Wheels, who said his experiences on Trenbolone were equivalent to a ‘living hell.’

RELATED: Flex Wheeler Shares His ‘Unwritten Rules Of The Gym You Must Live By’

While Wheeler believes the sport has undergone changes, his love for bodybuilding hasn’t waned. He no longer competes, but Wheeler’s contributions in the sport will be felt for years to come.