No Result
View All Result
BodybuildingOP-ED
Fact Checked
Fact Checked
This article was written by one of our qualified writers, and fact-checked by our experts. The numbers in parentheses (e.g. 1, 2, 3, etc.) throughout the article, are reference links to peer-reviewed studies.
Our team of experts include a board-certified physician, nutritionists, dietitians, certified personal trainers, strength training experts, and exercise specialists.
Read Our Editorial Process

Does height matter in the sport of bodybuilding? Let's settle this debate once and for all. 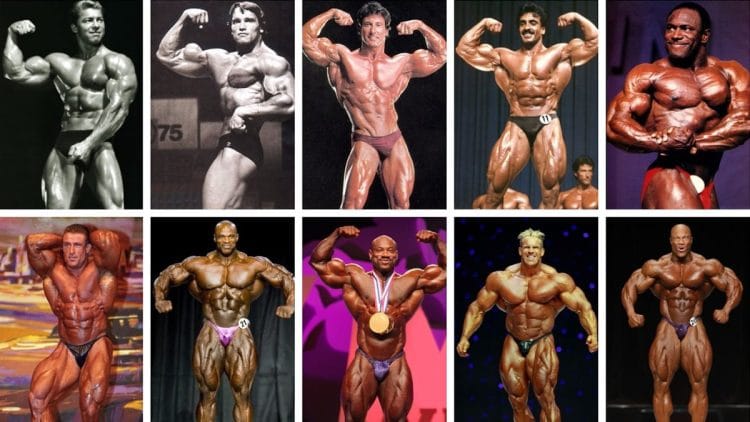 If you’re a bodybuilding aficionado, at some point, you’ve probably wondered if you’re the right height to become a successful pro bodybuilder.

Competitive bodybuilding is all about aesthetics, and it’s absolutely normal to wonder if you have a good height for bodybuilding. However, since the sport is about aesthetics and vanity, looking at height-to-weight ratio charts isn’t going to do you much good.

Plus, you might have had your friendly neighborhood gym bro tell you that you need to be at least six feet tall to make it big in the bodybuilding world. But does this argument hold water in real life? Let’s find out.

There are a few different ways of tackling the “good height for bodybuilding” question. If you’re an aspiring bodybuilder, you should first define your ultimate objective.

Why is that, you ask?

The path you take will depend majorly on your final goal. It’s no secret that to compete with the big boys in pro bodybuilding leagues, you will probably need to use PEDs. But what is the link between steroids and a good height for bodybuilding? Hold tight and read on.

A Good Height for Pro Bodybuilding

If your ultimate goal is to step onto the prestigious Olympia stage but are worried that your height might be a hurdle, this section will answer all your questions. 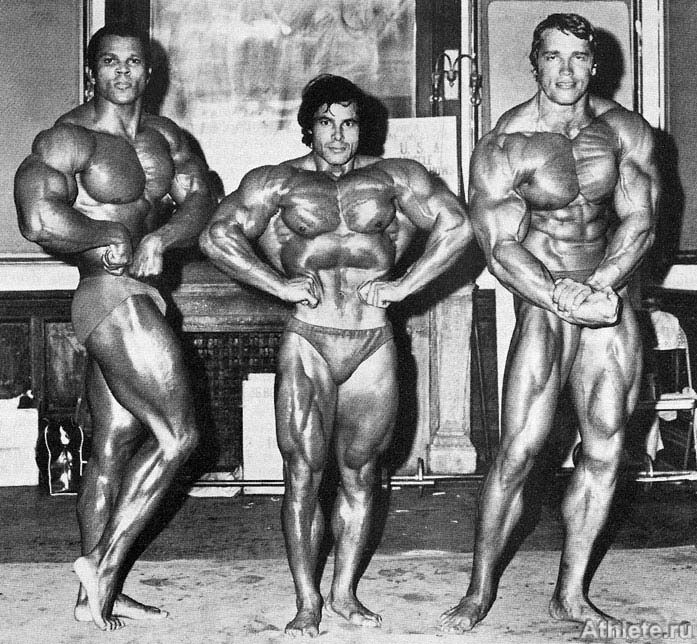 The first Mr. Olympia contest was held on Sept. 18, 1965, at the Brooklyn Academy of Music, New York City, with Larry Scott winning his first of two straight titles.

Since 1965 the coveted Sandow has changed hands 15 times (1965 to 2021). Athletes from seven different countries have won the show.

IFBB Pro League is an international organization that holds Olympia qualifiers in various countries throughout the world. It’d be safe to say that if there is a bodybuilder who deserves to be on the Olympia stage, they will find enough opportunities to earn a spot on bodybuilding’s biggest stage.

Below is the list of all previous Mr. Olympia champions and their heights:

As seen in the table, the height of previous Mr. Olympia champions ranges from five-foot-six to six-foot-two. In almost six decades-long Mr. O history, the average height of a Mr. Olympia winner is five-foot-eight.

You were probably not expecting this. When people think about bodybuilding champs, they usually imagine relatively tall athletes like Arnold Schwarzenegger (six-foot-two) and Lou Ferrigno (six-foot-four). However, only a few people realize that bodybuilders like Arnie are outliers. In fact, the Governator is the only six-foot-plus bodybuilder to have won a Sandow.

So, if you’re wondering what a good height for bodybuilding is if you aspire to win the Mr. Olympia title, it’s five-foot-eight.

Interestingly, according to the Centers for Disease Control and Prevention (CDC), the average age-adjusted height for American men 20 years old and up is five-feet-nine inches (175.4 centimeters) (2015 to 2016). It puts the average American man in a sweet spot to win the Sandow. [1]

Trivia: At four-foot-ten, Flavio Baccianini is the shortest pro bodybuilder to have competed at the prestigious Mr. Olympia stage. Furthermore, his on-stage weight was between 66 to 72 kilograms (145 to 158 pounds).

If you love bodybuilding but do not want to compete at the highest level or step on a bodybuilding stage at all, the “good height for bodybuilding” question is almost irrelevant.

The internet age presents you with many other opportunities to make a career in the fitness and bodybuilding industry, the most common of which is social media.

There are more fitness influencers on social media than we can track. They come in all shapes and sizes. While some are shredded to the bone, others spread body positivity with their plus-size physiques.

However, some people have mastered the Instagram game and use the lighting, angles (and photoshop) to their advantage.

The most recent example of this is Sajad Gharibi, popularly known as the Iranian Hulk. Gharibi allegedly edited his Instagram photos to look like a mass monster, eventually leading him to a boxing match deal with another social media fitness start, Martyn Ford.

However, the six-foot-eight British social media celeb allegedly pulled out of the fight claiming “the Iranian Hulk that showed up, ‘was not what was sold to us or our investors’.”

What you see on social media isn’t always what you get in real life, meaning your height isn’t a factor if you want to be a social media bodybuilding star.

We have relatively short people like Jeff Nippard (five-foot-five) and towering figures like Olivier Richters (seven-foot-two) who are making a dent in the online bodybuilding space.

Although fitness social media has its fair share of shady things, if you want to make a name for yourself online, your followers won’t probably judge you based on your height. Come to think of it, isn’t this how it is supposed to be?

While many people think being taller — above six feet — can help their bodybuilding ambitions, it might indeed make it harder for them in pro contests. 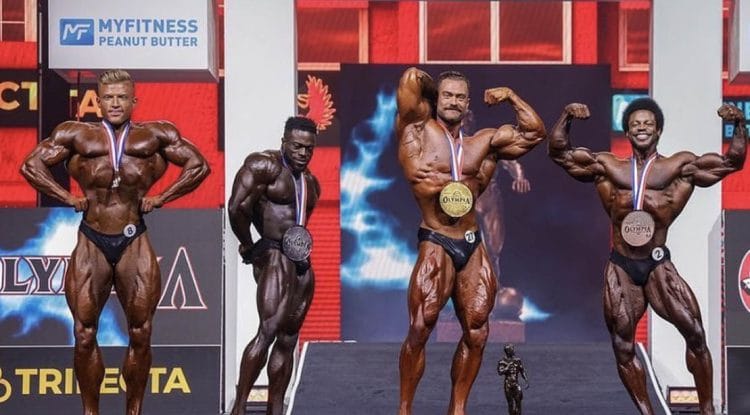 Related: William Bonac Reacts To His Arnold Classic 2022 Placing: “What In Gods Name Do I Have To Do More?”

Per experts, it is harder for taller physiques than their average height competitors in bodybuilding shows. Since taller bodybuilders have longer arms, midsections, and legs, they need to put on a higher amount of muscle mass to present a well-rounded physique on stage.

On the other hand, bodybuilders under six feet usually have compact muscle bellies, and it is easier for them to build symmetry, proportions, and a “flowing” physique.

Hypothetically, with everything else being equal, if a six-foot-two bodybuilder and a five-foot-eight bodybuilder have the exact same amount of muscle mass, the shorter bodybuilder will look more proportionate and rounded.

To put it into perspective, Shaun Clarida (five-foot-two) is one of the shorter bodybuilders in the current pro bodybuilding circuit. However, he did justice to his moniker “The Giant Killer” by winning the 2021 Legion Pro by beating taller bodybuilders like Regan Grimes (five-foot-eleven) and Sergio Oliva Jr. (six-foot) and earning his qualification for the 2022 Mr. Olympia Men’s Open division.

If you want to compete in a bodybuilding show, here are things that are more important than your height:

If there is one thing that hasn’t changed much since the golden era of bodybuilding, it is the importance of symmetry. Your body should be symmetrical, meaning your legs shouldn’t overpower your upper body and vice versa.

Besides, bodybuilding is a game of illusions. If you have a balanced musculature, you will appear bigger than you actually are, which is something no bodybuilder will ever complain about.

You cannot win bodybuilding shows just with size. Deep muscle striations and a low body fat percentage are a couple of things that judges pay close attention to on stage.

In this article, we went over all aspects related to height in bodybuilding. To sum it up, sub-six-foot bodybuilders have fared best on pro bodybuilding stages, with five-foot-eight being the historical average of Mr. Olympia-winning bodybuilders. So, if you are in the five-foot-six to five-foot-eleven range, consider the height gods on your side.

However, if you want to be a social media fitness sensation, you don’t need to worry about “good height for bodybuilding.” Focus on getting the angles, lighting, and poses right, and watch your audience grow.