Bodybuilding veteran Rich Gaspari raised some interesting points about conditioning from the 1990s compared to today. 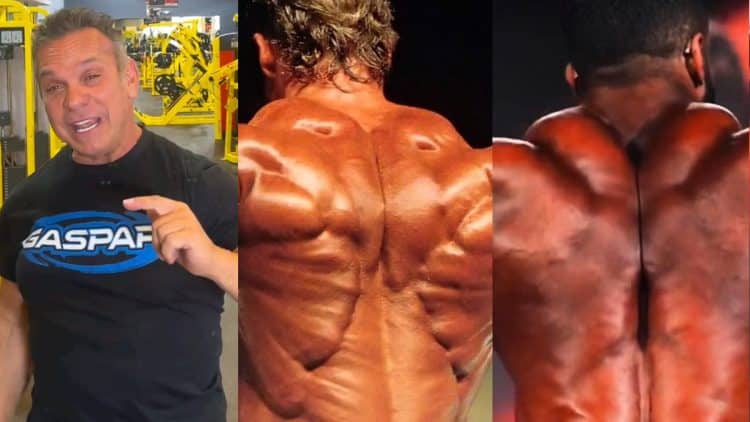 Rich Gaspari, who competed mostly in the 1980s and 1990s, is the latest to shed some light on the exciting 2022 Mr. Olympia contest. On Monday, Gaspari compared the backs of Hadi Choopan and Dorian Yates, which prompted a response from the newly crowned Mr. Olympia.

Gaspari separated himself from the competition with an exceptional lower body and detailed conditioning. He never laid claim to a prestigious Mr. Olympia crown, but the bodybuilder managed to come incredibly close. Throughout Lee Haney‘s historic reign of eight consecutive years, Rich finished runner-up to him on three occasions.

While Hadi Choopan was the most conditioned man on the stage, Gaspari believes many of the physiques today lack detail, especially their backs. In a brief post, he discussed the 2022 Mr. Olympia outcome and specified that Lunsford brought a better back during the finals.

In a recent Instagram post, Gaspari argued that conditioning at the top of the sport isn’t what it once was — and he used a comparison of Hadi Choopan and Dorian Yates to illustrate his point.

“Here’s something interesting to see. This is a comparison of Dorian Yates when he won the Mr. Olympia in 1992 and next to him is Hadi Choopin who just won the Mr. Olympia. As you see over 30 years ago guys were much harder than today.

I did feel from the Front Hadi had great conditioning. Better then all the other contestants. But back wise Derek was better. This was sent to me by a former Olympia competitor in the late 80’s and early 90’s. What do you guys think?” Rich Gaspari wrote.

Choopan commented on the picture shared from Gaspari’s Instagram. He took issue with the comparison since Yates’ back was his best body part. In addition, he drew attention to camera and lighting quality.

Seven-time Mr. Olympia Phil Heath chimed in and said lighting, tans, and technology have changed since the 90s. He added that regardless of the era, ripped Mr. Olympia champions like Choopan should be credited. 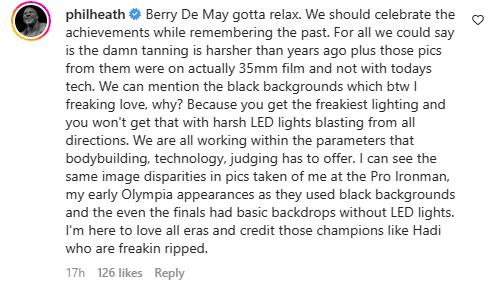 Gaspari isn’t the only bodybuilding veteran to bring up Derek Lunsford and Hadi Choopan in the same breath. Former 1983 Mr. Olympia Samir Bannout opened up on the aftermath of 2022 Olympia.

In addition to discussing Ramy’s fifth-place finish, and the former champ’s potential comeback, he predicted that next year’s 2023 Mr. Olympia contest will be a showdown between Derek Lunsford and Choopan once again.

RELATED: Rich Gaspari Favors Chris Bumstead’s Physique Over Men’s Open Look: “You Look At These Guys and Their Physiques Are Unattainable”

The Men’s Open landscape has undergone some serious changes at the top. Gaspari, who made his career during the 80s and 90s, believes bodybuilders today aren’t matching the quality that was on display during his time competing.