Mostafa is ready to bring his best package yet to the 2022 Mr. Olympia stage later this year 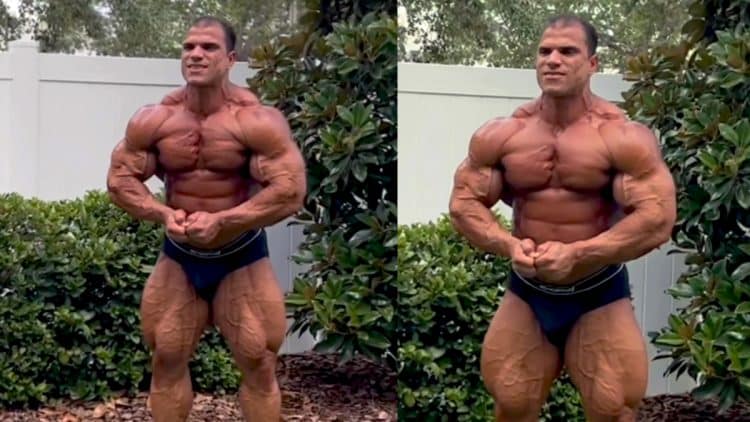 Egyptian bodybuilder Hassan Mostafa had an uneventful 2021 season but looks determined to make a statement at his next marquee bodybuilding show. In a recent post made on Instagram, Mostafa shared an impressive physique update ahead of the 2022 Mr. Olympia.

Mostafa first gained attention for his size and insane conditioning in his IFBB Pro debut, getting a third-place finish in the Men’s Open division at the 2019 IFBB Indy Pro. Although he went on to land a spot on the podium in more competitions ahead, he missed out on getting gold.

Last year, he kicked off his season with three straight third-place finishes at the 2021 New York Pro, California Pro, and the Puerto Rico Pro. After that, he competed at three more shows but was unable to make it to the podium.

His last show of 2021 came at Olympia, where he placed 13th. As disheartening as the season may have been, Mostafa had some positive notes to take as well, like his consistency.

Being a Muslim bodybuilder can be challenging during the period of Ramadan when dietary restrictions can make it tough to maintain muscle mass and train properly. In April, Mostafa gave insight into his diet and life during Ramadan. He tried to eat the same level of calories and macronutrients to not lose weight during that period of time.

“December will be one great battle.”

Hassan Mostafa is leaving no stone unturned in his hunt for gold this year. He has shared regular physique updates before his shows, displaying consistency and growth in his frame. He was looking huge ahead of the 2022 Orlando Pro and left the fans stunned at how ripped he got just four days out from the show. Hassan brought an insane package and was crowned the winner of the Orlando Pro. This earned him an invitation to the 2022 Mr. Olympia contest.

Mostafa recently shared a killer quads workout consisting of supersets to maximize the benefit of each movement. Supersets are time efficient and help improve the aerobic intensity of a training session due to the shorter rest periods in between sets.

Hassan Mostafa is looking in phenomenal shape and more ripped than ever. If his recent physique update is any indication, he will pose a serious threat at the 2022 Olympia.