The lineup for the 2022 Rogue Invitational is once again complete and consists of 10 athletes. 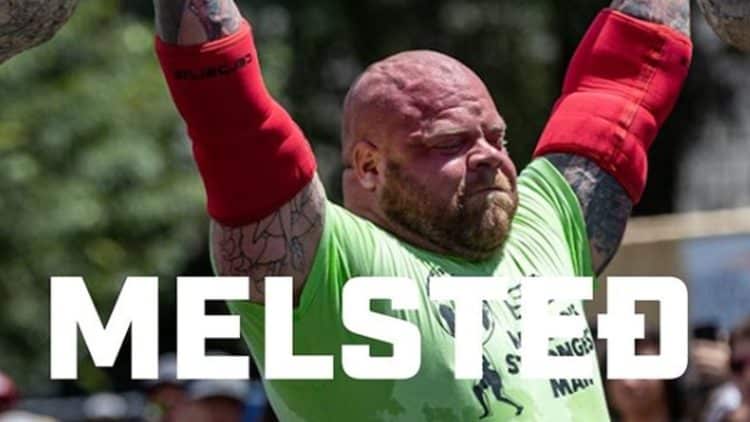 The 2022 Rogue Invitational is set to take place on October 28-30, 2022, in Austin, Texas, and the Strongman show is already one of the main attractions. However, the Strongman roster has taken a lot of hits after both Stoltman brothers, as well as Brian Shaw, declined their invites for this show. In addition, the 2022 Rogue Invitational lost another important competitor recently, which was Evan “T-Rex” Singleton.

Evan Singleton tore his distal bicep tendon while training for the show, forcing him to withdraw from the show as well as ending his season in 2022. Evan had to get the tendon surgically reattached because it completely came off the bone. Thankfully, everything went well and Evan is already in the recovery process.

Evan Singleton’s withdrawal resulted in a very important question, that is who was going to replace him. Rogue chose a representative from Iceland, the country that has won multiple World’s Strongest Man titles. So, Eythór Ingólfsson Melsted will now get the chance to compete at the 2022 Rogue Invitational.

Although he often goes under the radar, Eythór Ingólfsson Melsted is an incredibly consistent Strongman athlete. Even though Melsted is only 28 years old, he has already accumulated tons of experience in the sport. He took part in 16 International and National competitions, which resulted in two victories. Those were the 2020 and 2021 Strongest Man In Iceland titles. Also, Melsted made three appearances at the World’s Strongest Man contest, finishing ninth a few months ago.

Martins Licis won the Rogue Invitational last year and he will attempt to defend it this year as well. Ever since he got a silver medal at the 2022 WSM, Martins has been preparing for this, while the majority of other athletes had different priorities.

Although Licis is one of the favorites, he still has a lot of work to do in order to win the 2022 Rogue Invitational. The most notable danger for Licis seem to be the 2020 World’s Strongest Man, Oleksii Novikov, and Mitchell Hooper, who just won the 2022 Arnold Strongman Classic UK.

However, it is still too early to make any predictions, as the events for the 2022 Rogue Invitational haven’t been released yet.

Eythór Ingólfsson Melsted will be a decent replacement for Evan Singleton, since he really does have a lot to offer. He is incredible in the log lift event and has displayed blistering speed in loading events at times. Although he is not one of the favorites to win the entire show, Melsted could affect the final point standings greatly.