Jamal Browner could soon become a 1000 lbs deadlifter with both conventional and sumo stances. 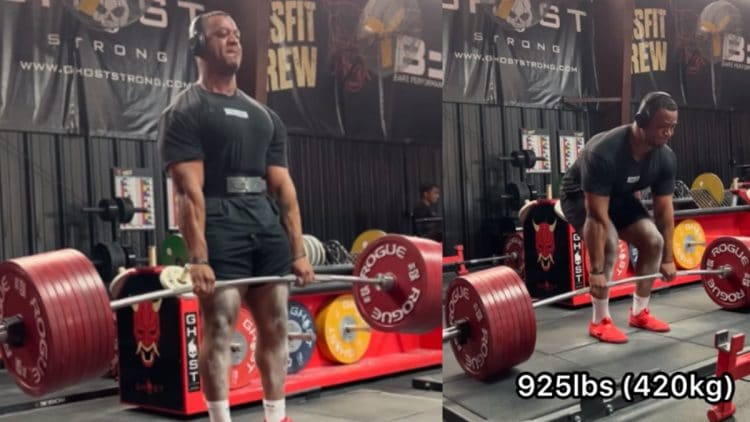 Jamal Browner has once again proved why he is considered the strongest pound-for-pound deadlifter in the world. Many lifters can only excel in one style of deadlifting. However, Jamal can pull over 900 lbs raw in both stances. His heaviest sumo raw deadlift is 971 lbs (440.5 kg), but recently he proved that his raw conventional deadlift is not much lighter. On March 15th, Jamal Browner posted a 925 lbs (420 kg) strapless conventional deadlift PR.

This lift is completely raw, as Jamal only used a lifting belt. If it was done in competition, Jamal’s 925 lbs (420 kg) conventional deadlift would be ranked as fourth-heaviest in the 110 kg weight class. For a long time, the weight wasn’t the main problem for Jamal, as he was pulling much more weight with straps. His grip was lacking a lot, which he pointed out multiple times, but it seems like he has perfected it now.

Since Jamal’s deadlift is completely raw, many people are wondering how close he could get to the 500 kg (1102.3 lbs) milestone if he used a deadlift suit and lifting straps. The only two men that have pulled half a ton were using the above-mentioned equipment. Eddie Hall deadlifted 500 kg at the 2016 Giants Live World Deadlift Championships. Hafthor Björnsson is the second person to do so, and he holds the Deadlift World Record of 501 kg (1104.5 lbs). The contender closest to breaking the record currently is Russian powerlifter and strongman Ivan Makarov, as he has deadlifted 490 kg (1080.3 lbs) in training.

At only 27-years-old, Jamal Browner has a lot of potential for further improvement. However, he is already one of the most elite athletes in the world. Jamal started competing in powerlifting 6 years ago, and since then he has taken part in 15 sanctioned competitions. Jamal has managed to come out victorious 10 times. He mostly competes in the 110 kg weight class. Furthermore, Jamal has also claimed two World Records in the mentioned division.

Jamal recently sumo deadlifted 483 kg (1065 lbs)  with straps, which is truly historic. Only guys significantly heavier than him have been able to pull that much weight off the ground. In addition, Jamal attempted the 501 kg (1104.5 lbs) deadlift, and managed to break it off the floor, but not lock it out.

It is not known if Jamal Browner will ever deadlift with a conventional stance in an official competition. However, there is no doubt that these types of lifts will have a significant carryover to his sumo deadlifts, and help him break a few more World Records.