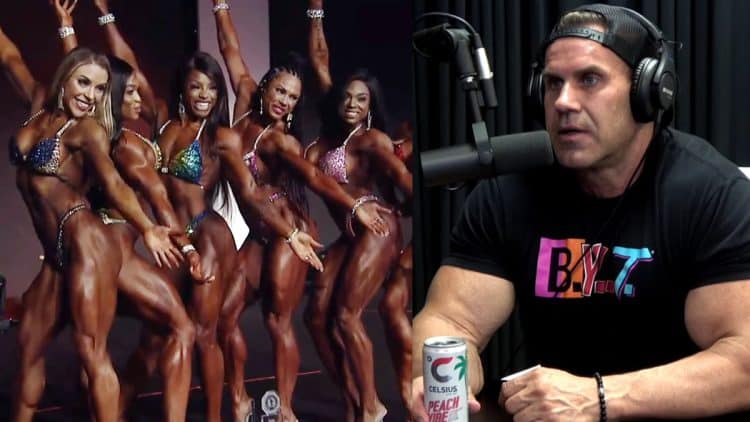 Jay Cutler is one of the most visible ambassadors in the sport of bodybuilding. In a recent YouTube video, Cutler reacted to the 2023 Arnold Classic’s decision to remove a number of divisions from their next show.

During his prime, few bodybuilders were able to match the sheer size and sharp conditioning of Jay Cutler. Before walking away from the sport, Cutler managed to capture the Mr. Olympia title four times (2006, 2007, 2009, 2010). During that incredible tenure, Jay dethroned eight-time Mr. Olympia Ronnie Coleman. Their rivalry elevated the sport to a new level of notoriety.

Earlier this month, Sarah Villegas, a two-time Women’s Physique Olympia champion, decided to air her grievances about the Arnold Classic’s decision to remove divisions from their show. Days later, bodybuilding veteran Lee Priest came to the athletes’ defense. He added that athletes from the affected divisions would still compete at the Arnold even if the prize money was cut in half.

The annual Arnold Sports Festival is one of the most significant bodybuilding contests on the calendar, second only to Mr. Olympia. Every year, athletes are invited from around the world to prove they have the best physiques in their respective categories.

The festival hosts various sporting competitions like strongman, and most recently — slap fighting. While event promoters/organizers have the right to make these decisions, Cutler believes they were made in haste and said they offered no real explanation as to why the divisions were excluded.

During the latest podcast, Cutler discussed some of the other factors that went into the 2023 AC’s decision to remove a number of categories from their next show.

“It’s just unclear because they [the cancelled divisions] don’t actually see those [return on investment] numbers right. That’s the issue. You say, ‘okay, how many tickets were sold for Men’s bodybuilding or Classic,’ — it’s just cancelled.

So, there’s no real, ‘hey, this is how much it has gone down, or how much we’ve lost,’ there’s a cap, it’s a break even to host this event, meaning with production, live streaming, staffing, prize money, sponsors,” Jay Cutler explained.

Matt, a guest on the podcast, told Jay that putting on the Arnold Classic costs around 1.8 million dollars. In Cutler’s opinion, demand for divisions often correlates with star power. For example, Classic Physique rose in popularity as Chris Bumstead got more famous.

“Now you have so many divisions and there’s going to be a star of certain ones. And some stars are going to be bigger. Like I’m going to give the example — Chris Bumstead for Classic. [In] 212, it was, I believe Flex Lewis, he was there forever right. You know, Figure… who’s the star of Figure? Cydney [Gillon] because she’s won so many,” Cutler added.

Cutler emphasized to his audience that the Arnold Classic contest is an invitational, so they invite ‘who they want to invite.’

“Remember, it’s an invitational. The confusion is it’s invitational — they’re inviting who they want to invite,” Cutler said. “The problem, I’m going to tell you the issue — they had it before, and now they’re taking it away.”

The former Mr. Olympia believes when one bodybuilding division thrives, most of the time, a different division contracts in popularity. He added that the recent decision made by Brian Powers and the Arnold Classic was done with no ‘real explanation.’

“Classic Physique came out a few years ago, and something has to give and Classic has now risen [in popularity] right. Unfortunately, it diminished some of the return probably on some of the other divisions. Now, Wellness is cutting into Figure…”

“I just feel like they did it without a real explanation of it, so it’s a little misunderstanding. I think people will get some clarity listening to this and people have their opinion. They all agree or disagree because they might favor that division over Men’s Physique or even bodybuilding.”

Before Classic Physique exploded into the limelight, Cutler was unsure of the division’s potential. He believes rivalries play a huge role when it comes to a division’s popularity.

“That’s the biggest conversation that I hear out there, is like, ‘do you think Classic will take over?’ I remember Generation Iron caught me on film at the beginning of Classic and saying, ‘well, it’s not as exciting as bodybuilding,’ — I actually stated that. I meant that in the sense that there are no born stars yet because it will still an early division. Remember Danny Hester won the first, we really didn’t have the rivalries happening now.”

“Of course, you have C-Bum and Ruff Diesel [Terrence Ruffin] have a back and forth. Breon [Ansley] was there battling, he won it for a couple of years. So, the battles are starting now. The battles are what’s going to build the popularity. Especially when you have a face like Chris Bumstead who’s now going for number four — that’s what the storyline is.”

Jay explained that some media outlets won’t cover/go in depth about the divisions that are being removed from the 2023 Arnold Classic.

“They don’t even really go into depth with who’s in the top. Like you said, we don’t know a lot of these faces because they come and go, or they are fairly new. They’re not really given the opportunity to be on that level because when they covered these events, they talk about the men’s side mostly right,” Cutler shared.

“I feel the pain, being an athlete, and being on the other side, being a promoter. In the end, it’s a financial decision. I just feel like maybe a little more explanation could be brought forward. Hopefully this brings some clarity to it.”

Given his time in the sport, Cutler can empathize with the affected athletes. However, when the 48-year-old puts his promoter’s cap on, he understands that a return on investment (ROI) plays a significant role in the contest’s decision to host certain categories.

Following the backlash, it’s unclear if the AC promoters will take a second look at reinstating Women’s Physique, Women’s Bodybuilding, Figure, and 212 Bodybuilding. Cutler understands why the decision was made but maintains that it could have been handled differently.