Bodybuilding legend Jay Cutler and Milos Sarcev give their take on William Bonac losing to Brandon Curry at the 2022 Arnold Classic. 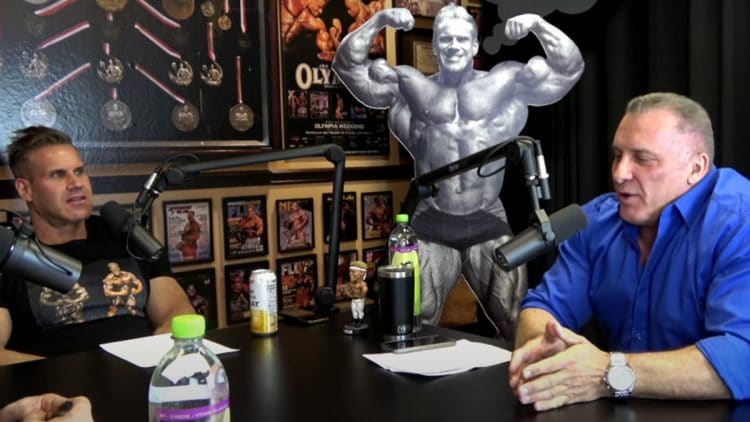 Four-time Mr. Olympia Jay Cutler and bodybuilding guru Milos Sarcev linked up to give their opinions on the 2022 Arnold Classic aftermath. In a recent video on YouTube, Cutler, and Sarcev discussed if William Bonac should have won in the finals against Brandon Curry earlier this month in Ohio.

As a four-time winner of Mr. Olympia and a three-time Arnold Classic champion, Jay Cutler is one of the most decorated bodybuilders walking the earth. Despite no longer competing, Jay still contributes to the sport in a variety of capacities. Like his bodybuilding podcast, where Cutler explores the ins and outs of the sport, especially the finer details.

The lineup of talent at the 2022 Arnold Classic was extremely competitive. Athletes from around the world competed in Columbus, Ohio looking to secure one of the most coveted titles in the sport. Heading into the March contest, many pegged 2019 Mr. Olympia and Arnold Classic champ Brandon Curry as the early favorite. Curry delivered on those expectations and battled on stage against William Bonac in a tightly contested event.

Speaking on Cutler Cast, Jay and Milos had a friendly back and forth on who they thought presented a better package at the 2022 Arnold Classic.

“I love Brandon’s physique, absolutely, he was off, he was smaller. William outmuscled him in many poses. Considering shape, yes Brandon. Balance, yes, he still needs to improve his legs. Balance goes to Brandon, muscularity, you know conditioning, conditioning from the aspect of fullness, hardness, dryness, everything was in William’s favor. Back double bicep no question, even back lat spread, usually Brandon has that crazy V-taper and William doesn’t. The whole picture with the striated glutes which you don’t appreciate it right, but we have to respect it. Calves, hamstrings, William just overpowered [him]. Sarcev said.

Milos admits balance and shape unequivocally went to Brandon Curry but feels Bonac outmuscled the 2019 Mr. Olympia champ a few weekends ago. Even during one of Brandon’s stronger poses, the double lat spread, Milos insists that Bonac presented a package with more fullness, hardness, and dryness.

“The thing that I didn’t like Milos, is when he did an ab and thigh, it wasn’t traditional, and I’ve always been against that. It’s just like, a guy that can’t do a side tricep, it’s a pose. Okay, so, so, I just want to tell you, Bonac did not hit any straight on. To me, that’s okay, that pose, you’re disqualified of that pose, you shouldn’t even be judged on it, and he was kind of doing this and hiding his stomach. Jay said.

On the other hand, Jay commented that William bypassed the ab and thigh pose and suggested that he might have been trying to hide his stomach. Comparing the show with 2018 Mr. Olympia, Cutler thought Phil Heath lost to the late Shawn Rhoden for similar reasons, like having less defined bottom abs.

“To me, that was distracting and to go back to Olympia in 2018 when Phil Heath lost, Phil Heath was the best body on that stage, minus his midsection. His back was crazy, he was in crazy shape, so for Bonac to win, without being able to hit one of the poses, and having like that issue, I felt like, he not only was hiding it, it looked like he had some issue. It was like no abs at the bottom.” Jay Cutler responded.

Following William’s second-place finish, many thought he did enough to win, but judges were swayed in the favor of Brandon Curry for a couple of reasons. Guy Cisternino says the president of IFBB Pro Jim Manion explained why Bonac came up short in the eyes of the judges. According to Manion, Bonac was unable to defeat Curry due to his Gynacomastia and unclear abdomen.

Since placing second at the 2022 Arnold Classic, Bonac traveled to the East Coast for the Boston Pro and secured first place. Following his big victory, Bonac vowed to fix his abs and gyno.

Jay Cutler and Milos Sarcev possess a wealth of bodybuilding knowledge. With how close the Arnold Classic was between Curry and Bonac, the bodybuilding community is eager to see the pair clash at 2022 Mr. Olympia.