After praising a man on TikTok for respecting the gym's rule of wearing a t-shirt, Joey Swoll is happy to see 'toxic gym culture' changing. 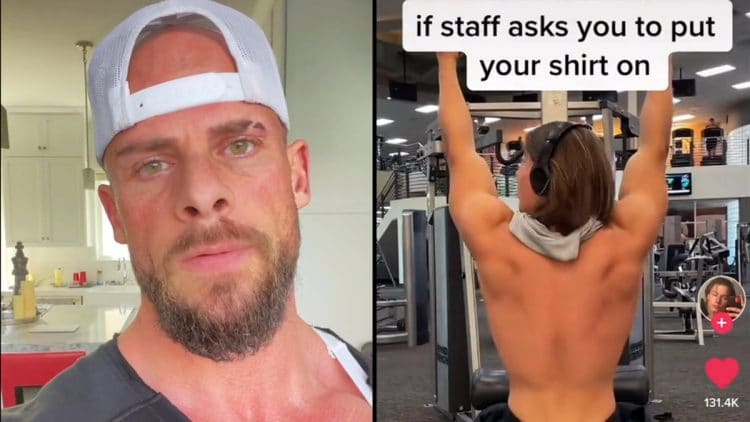 Fitness enthusiast Joey Swoll uses various social media platforms to correct a growing problem with toxic gym culture. In a recent TikTok video, Swoll praises a young man for heeding his gym’s local rules of wearing a t-shirt, and advocates for everyone, including influencers to respect staff working at gyms.

For the last few months, Swoll’s focus has been on correcting poor gym etiquette. He routinely shares posts on social media geared at informing followers of how to act when exercising at the gym. In an era filled with social platforms like TikTok, Swoll finds that people are more concerned with making content to bring in views versus spreading positive messages about fitness.

Toxic gym culture is made up of all sorts of people that Swoll insists are causing others anxiety and discouraging individuals from attending the gym. Nicki Fitness, a popular fitness influencer on TikTok went viral courtesy of Swoll’s reaction after he responded to a video in which she mocked a man for supposedly ‘ego lifting‘. She joked with her friends that the exercise in question was ineffective. However, Swoll made it clear that the movement the man was practicing is called a drag curl, a highly effective exercise for working the biceps. As a result of Swoll’s video, Nicki Fitness ultimately apologized for the unintended mistake. 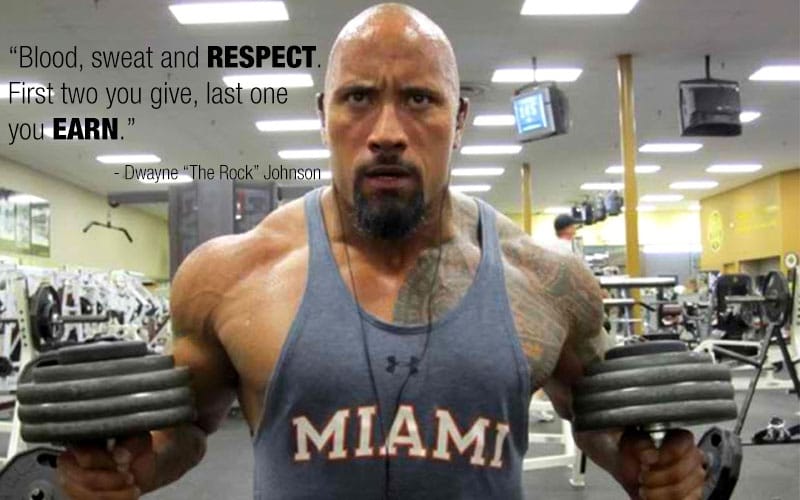 Joey Swoll to Influencers Disobeying Gym Staff: ‘You Are Not Special, You Don’t Get Your Own Set of Rules’

In a recent viral TikTok video, Swoll discussed how influencers are negatively impacting gyms by not following the rules everyone else is expected to abide by.

“I’ve been seeing more and more videos of kids at the gym with their shirts off hitting a set, flexing, posing, only to have staff come up and say, ‘hey put a shirt on, it’s the rule of the gym’, only for them to treat them with disrespect, rudeness, and even calling them ‘Karens’ to video tape and post on social media. The rule of the gym is you have to wear a shirt. You are not special, you don’t get your own set of rules.

I don’t care how many followers you have or how great your physique is, you have to do the same as everyone else, and you have to treat staff with respect. This kid handles it perfectly. He gets asked to put on his shirt on, he does so, he’s kind about it, he’s respectful, he doesn’t ask questions, boom it’s done.

I get that you want to show off how good you look. Go find a private gym, you can shoot content there with your shirt off all day long. But if you can’t follow the rules and you can’t respect the staff, stay home.” Joey Swoll says.

Swoll’s movement against toxic gym culture is growing. A female TikToker recently went to the gym asking, ‘where are all the hot people at?’ A TikTok user named Deshaun responded by warning the influencer that she could still remove the video before Joey made an example out of her behavior.

RELATED: Joey Swoll Reacts to TikToker Who Called a Gym Worker ‘Karen’ After She Asked Man to Leave Closed Gym

Joey’s fight to bring about a more peaceful gym environment has been well received by the fitness community. As individuals continue to respect gym staff and acknowledge the rules, Swoll is happy to see the tide changing in his fight against poor gym behavior.