The current events are extremely tough for everyone! 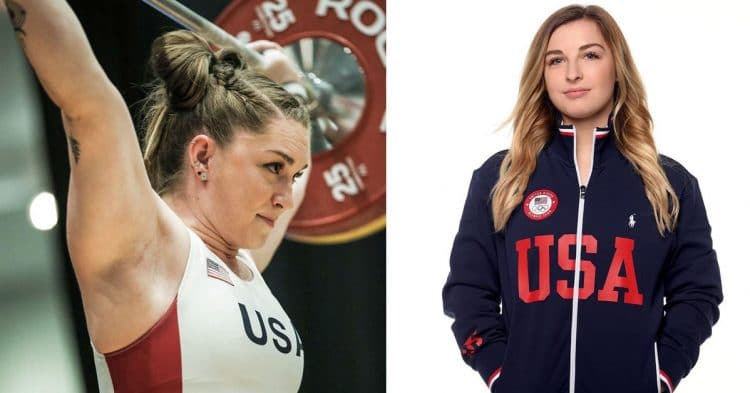 Millions of people around the world look forward to the Summer Olympics that only comes around every four years. But unfortunately, the 2020 Tokyo Olympics scheduled for July landed at a bad time and as a result, has succumbed to the current events spanning the globe. The huge multi-sport event was recently postponed until 2021 but not later than summer next year.

It was definitely the right move for the safety of all who’d be attending but it’s really disheartening at the same time. This worldwide issue has put so many events and gatherings on hold which for many people, is time they can never get back in a much different way.

Top weightlifting athletes Katherine Nye and Mattie Rogers of Team USA definitely feel that way, especially when they’ve (as well as many other athletes around the world) worked so hard (and for many years) for this once in a lifetime opportunity. Sure, it’s scheduled to go on next year but as you could imagine, it’s tough to swallow and is still never a guarantee for either one.

Both have shared their thoughts on Instagram after learning of the postponement.

“I don’t think there’s any way to address this without pissing people off but I’m going to try my best to share my honest thoughts. Before I go into this, per comments on my last post, I prioritize the health and well-being of every single person on this planet. No one person is more important or worthy of life than the next. Of course, during this trying time, our collective goal should be to protect the vulnerable, lift up essential workers, and do our part by staying home. That is what I’m doing and these things are first and foremost over any other feelings I have.

The Olympics have been postponed officially and will be held sometime next year. Like any human being with emotions, of course I am devastated. This event is a once in a lifetime opportunity that I have trained tirelessly for for the past 4 years. I put work, school, and other life goals on hold for this one event. I have put off surgery (minor, don’t worry) so that I could train without interruption through this summer. I know I’m not alone in disappointment about postponed and cancelled events. It’s normal and we shouldn’t be shamed for feeling bummed-if you are one of those people that are going to tell me I’m selfish for being upset, I will block you. That is NOT healthy and my therapist encouraged me to NOT suppress those feelings, so I expect my kind, loyal followers to do the same.

Honestly, in the end we saw this coming. I respect and agree with the decision whole heartedly, and know that we have bigger battles to fight this year. I will continue to train for the Olympics, whenever they may be held, and stay in compliance with any CDC, WHO, and governmental guidelines to slow the spread of Coronavirus. My thoughts and prayers are with those who are fighting this virus, those on the front lines, and the vulnerable that need the be protected. We must come together and lift these people up.
With that being said, what’s one more year? See you in 2021, Tokyo.”

Katherine Nye is the elite of the elite at only 21 years old. She’s a World champion, was named IWF’s Lifter of the Year in 2019, and was even added to Forbes 30 under 30 list last year. She’s definitely in her prime and being that she’s still young, time is definitely on her side.

Mattie Rogers also observed the likelihood of the Olympics not happening and she expressed her frustration on Instagram. She completely understands the severity of what’s currently going on but at the same time, she has been preparing for this moment for the last years 7 years.

“Been told “it’s just the Olympics”, “stop being selfish”, “get over it”, “pathetic” the list goes on and on. But it’s not “just” the Olympics. It’s something I’ve dedicated every second of my existence to for the last 7 years, all for one day of competition. It’s almost impossible to understand if you’ve never been through all the qualifications and in an olympic position and that’s okay“.

At 24 years old, Mattie Rogers is also young enough to be able to continue to bounce back from the bad news and remain on track for next year.  Although it’s going to be a mentally tough situation especially with all of the uncertainty at the moment.

Rogers is an American record holder in the snatch, clean & jerk, and total in addition to being a Junior Pan American Champion.

Both Katherine Nye and Mattie Rogers have bright futures as do many of the top and upcoming strength athletes. And we hope postponing the event to summer 2021 is as far as it’ll go. Age and being in one’s prime plays a role in i the ability to train and compete at a high level.

Fortunately for these two young weightlifters, next year is still an option but for many others, well, this may not be the case.

How To Do Stiff-Leg Deadlift – Muscles Worked, Tips and Alternatives

Katherine Nye is a weightlifting legend who was world champion (youngest ever at 21) last year in the -71kg category...