The 1983 Mr. Olympia believes Men's Open contenders can separate themselves from their competition this year with effective posing. 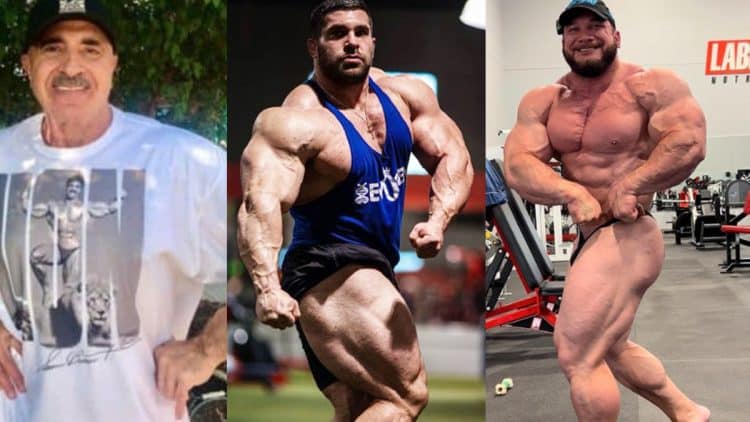 “You got to show everything you have in a beautiful way,” says Bannout while discussing 2022 Mr. Olympia.

The 2022 season of bodybuilding has been filled with surprises. Fans were let down when two-time Mr. Olympia Big Ramy failed to show up for a guest posing obligation at the Pittsburgh Pro. Filling in his place was reigning 212 Olympia winner Derek Lunsford, whose size became the biggest talking point in the sport after posing next to elite talents like Brandon Curry, Hunter Labrada, and Nick Walker.

After months of speculation and hints from Olympia President Dan Solomon — Lunsford accepted a special invitation to compete at Olympia this year as a Men’s Open competitor. However, contender Nick Walker has suggested that Lunsford won’t have the muscle mass to combat the top five from last year’s show.

Following a 337-pound physique update from Big Ramy, many in the community, including Samir Bannout were adamant that no one would have the size to stand up to him. Recently, Ramy’s coach, Dennis James, revealed that the champion has been struggling to activate his Trapezius muscle in his back, which Bannout believes has created an “imbalance” in Ramy’s physique.

With the Open class adding another contender to the lineup after Flex Wheeler‘s protégé Andrew Jacked won the 2022 Texas Pro, there are a number of athletes knocking on Ramy’s door. Given the champion’s questionable back development, Samir Bannout broke down what it would take for contenders like Lunsford and Hunter Labrada to overthrow him.

During the video, Bannout suggested that Olympia contenders like Derek Lunsford and Nick Walker should practice posing with bodybuilding legend Frank Zane.

“Here’s my advice to some of the top guys. I think [Hunter] Labrada don’t need help, he’s already got it right there. But for Nick Walker in my opinion, or for guys like Derek [Lunsford] — I would really make an effort to see Frank Zane. Why, you go to Frank… Frank – he thought he was never good enough,” shared Bannout.

“One time, Zane told me that he invited Dexter Jackson to come help him and Dexter didn’t like the idea, but that’s after Dexter won the 2008 Mr. Olympia. Frank said, ‘what do you think?’ I said, ‘Frank, honestly, I think Dexter is very wrong.'”

According to Samir, Hunter Labrada is ahead of the curve because his father Lee taught him to flow through posing routines. He believes effective posing is critical for accentuating the strengths on a given physique.

“I would have gone to Frank Zane even if I was already Mr. Olympia. Why? Because my eyes and his eyes — we have four professional eyes. Even Christine Zane was even helping Frank make it look like a ballerina.

Look at every pose. Let’s not criticize Frank’s muscle mass. Look at how [his physique] flows. Every pose, every single pose. This is where [Lee] Labrada got the idea of doing that. So, now they’re applying that on Hunter. Hunter is going to make it flow,” says Bannout.

Despite recently coming from the 212 division, Samir believes Lunsford has the tools to place in the top five at 2022 Mr. Olympia in Men’s Open. Again, he underlined the importance of posing and making sure judges see little to no weakness on stage.

“I think Derek has the tools to really actually be in the top five. He does, and maybe higher. He does. I look at the whole entire package. But he can actually do that with additional TLC to his posing and placement — every angle has to be placed properly where the judges can see. Don’t show weaknesses. You gotta have the body. I honestly believe he can make the top five for sure but shredded.”

Bannout “hopes” that Big Ramy will be able to correct his back (i.e., Trapezius muscle issue) before December.

“I hope Ramy is able to beat that issue I discussed last week. That atrophy in the Trapezius in the middle of his back, his lats,” said Samir.

“Even Dennis James, his coach says he doesn’t know what the hell it is,” said Nick Trigili. “It’s interesting to look at his physique from then to now and see how much its atrophied since then.”

While there is no concrete evidence, fans have suggested that Ramy might have used site enhancement oils like Synthol in a recent update.

“If anyone would know if he’s injured, it’s Dennis James – his trainer. So there’s no injury back there. You guys are smart, most people are smart to realize that there’s not a lot of things that can atrophy nerves like that other than something puncturing it. And I’m not going to accuse him of that but it’s not really anything else that would do that to a muscle, if there’s no damage from an injury so — it’s weird.” Trigili added.

Bannout isn’t shy about sharing his predictions for the upcoming show. While Slovakia’s Michal Krizo has yet to earn a Pro card, Samir said as soon as he does, he’ll be an immediate threat in the Men’s Open division. In fact, he’s so confident in Krizo that he thinks the rising bodybuilder can win the prestigious contest on his very first attempt.

Given the lineup of talent expected at this year’s Olympia, four-time winner Jay Cutler believes it has the potential to be the greatest contest in the show’s history. Should Lunsford and Labrada continue to improve their posing techniques, Samir Bannout sees them both as viable threats later this year.