Priest joined Flex Lewis for an honest discussion about gear and mental health: 'I was lucky it was a blunt knife,' if it was a gun, there would be 'no coming back.' 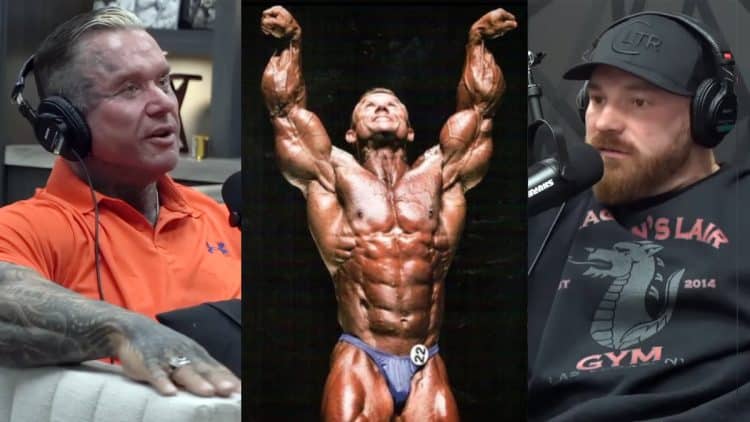 Australia’s Lee Priest has been an open book since retiring from bodybuilding. In a recent interview, Priest reflected on a suicide attempt at 19 years old and discussed some of his experiences using steroids.

“It [the knife] went deep enough where I had to go to the hospital to clean it, it was bandaged up,” Lee Priest shared.

During his tenure, Lee Priest was recognized as one of the sport’s first giant killers. His tenure spans over three decades, and he’s pushed some of the best bodybuilders to ever wear a pair of posing trunks. Priest shared the stage with countless icons such as Dorian Yates, Shawn Ray, Kevin Levrone, Ronnie Coleman, and Jay Cutler.

While he never laid claim to a prestigious Olympia title, fans and veterans alike won’t deny that he possessed some of the freakiest biceps of all time. Before his retirement, Priest walked away victorious at his last three shows (2006 NOC New York, 2006 PDI Night of Champions, 2013 NABBA Mr. Universe).

At 50 years old, Lee’s longevity and size are lauded by his peers. He recently committed to a physique transformation and kept fans updated on the progress. Despite Masters Olympia returning in late August, Priest revealed he wasn’t interested in a comeback unless the show was made for athletes age 50 and over. In his latest endeavor, he joined retired seven-time 212 Olympia Flex Lewis for a one-on-one centered around steroids, mental health, and suicide.

A year after Priest finished fourth at the 1990 IFBB World Amateur Championships (Lightweight), he was told that he failed a drug test for the 1990 Mr. Universe competition.

“This is 19 [years old] this is after the Mr. Universe said I took drugs after a drug test. I had been tested twice before I went to go to the World’s — both negative. I did the drug test on Thursday. On Thursday night, I was told your athlete was dirty and I wasn’t able to compete.”

He added that the organization lost his B Sample after he tested positive for a banned substance.

“Also, you gotta remember, when they said I came up positive, they also lost my B sample conveniently.”

Struggling to deal with the emotions after a failed drug test, Priest cut his wrists with a blunt knife.

“I just took myself to that place instantly, whereas I said earlier that day, it wasn’t even a thought in my head. I said, ‘fu** this, I’m going to cut my wrist.’ I grab a knife, and I’m stitting there, ‘am I going to do it?’ I said, fu** it. [cuts wrist] Mind you, I was watching the movies, I think you have to go up and down to die, so I went the other way.

Then it started bleeding. I’m like, ‘fu**, in the movies it bleeds a bit more.’ So, I took the knife and stuck it back in where I cut. Then I put it in and went like, ‘fu**,’ and called my mom that she better come get me because I cut my wrist.”

Once he went in for a second cut, he snapped out of the traumatic episode and was picked up by his mom.

“I hadn’t thought about suicide in my whole life. But within that two hours when I was alone by myself, just boom. That’s why sometimes it happens. Yeah, I was lucky it was a blunt knife. Imagine, if I had a gun, it would have been boom, and no coming back.”

Priest on Using Winstrol and Other PEDs: ‘It’s Just Trial and Error’

Note: Fitness Volt does not condone and/or recommend the use of recreational or performance-enhancing drugs. This article reports on information relayed by the athlete. Fitness Volt is not a medical resource; the content provided to you is for informational purposes only. 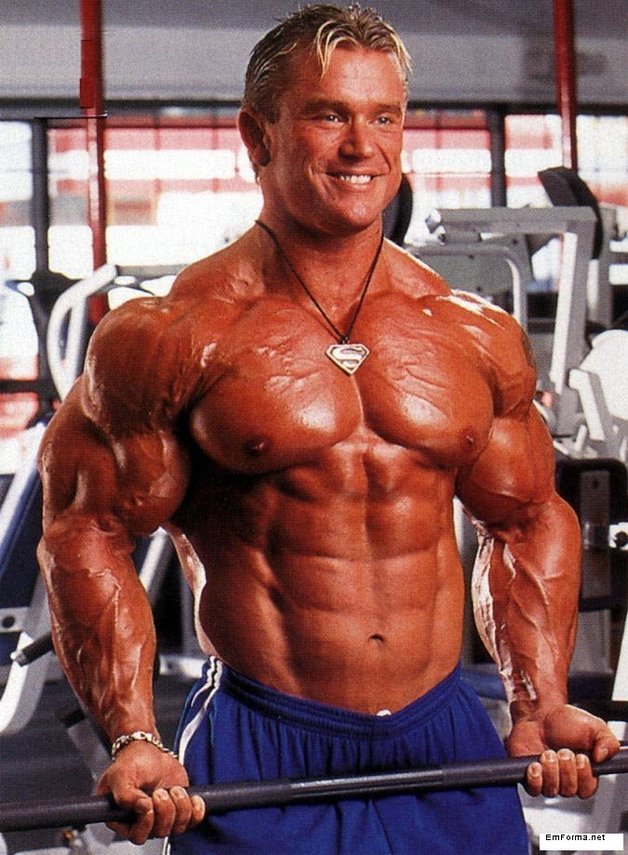 Before disclosing some of the steroids he took, Priest mentioned that retired pro Fouad Abiad nailed his best look on stage using a reduced cycle.

“The guys that were taking large amounts, Fouad Abiad — the big amounts he took, he halved it and got better results. I helped a guy in Australia once. He was competing in NABBA.”

When discussing his use of Winstrol, Priest had the following to say:

“The thing is, even with Winstrol, I remember at the beginning, it’s like one mill every second day. Every time I took it I’d get that big red mark. I’d get the shits sometimes. And it would just get stuck. I threw it down the sink. I didn’t give a shit. I never had that mentality that I needed drugs,” says Priest. “That stuff is just trial and error.”

The last time fans heard from Lee, he discussed how he maintained size after getting off cycles. He credits his steady gains to eating and exercising often. While transforming his physique, Priest revealed that he was currently using a weekly regimen of TRT (testosterone replacement therapy).