Kuznetsova has left many impressed with her strength and ripped physique 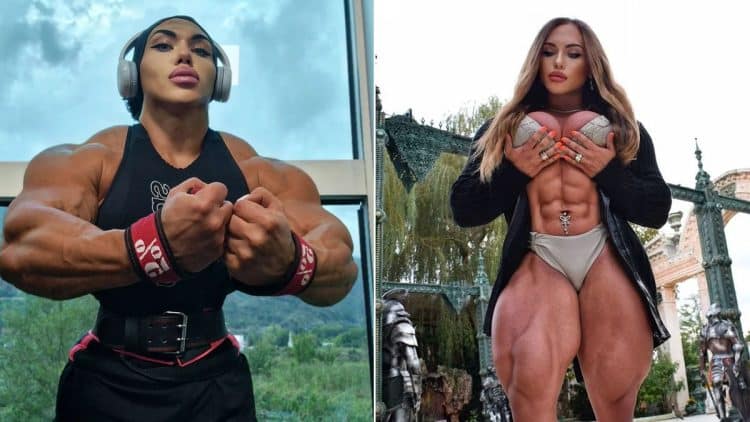 Female bodybuilder Nataliya Kuznetsova has attracted a lot of attention in the IFBB Pro League since earning her Pro card. Bodybuilding is not Nataliya’s only passion as she also likes to participate in powerlifting.

Kuznetsova’s physique transformation through the years saw her gain a staggering amount of muscle mass. She is also widely respected for her strength and work ethic. The 31-year-old has smashed multiple world records with her crazy strength on the deadlift and bench press.

Nataliya Kuznetsova is turning heads with her latest physique update. However, before she got into working out, she was a frail teen who looked totally different than the mass monster she is now.

You can check out a photo she shared of herself when she was 14 years old.

She last competed at the 2019 IFBB Romania Muscle Fest Pro, where she had the crowd roaring on their feet during her impressive posing routine. Although many felt like Kuznetsova would take home the top prize, Monia Gioiosa ended up winning the show.

Nataliya Kuznetsova quickly amassed over 1 million followers on Instagram. While she has not competed since the 2019, she continues to work out and shares regular updates. During her competition days, she made a name for herself with jarring quadricep development.

In another photo she uploaded in June, people were amazed at her gigantic forearm development along with her 3D shoulders.

“Love to know if you are single? Not that I’d have a chance but sure as hell can dream can’t I lol.”

“My biceps are equal to her wrist.”

Florida International gave her a shoutout on their Facebook page naming her “The World’s Most Muscular Woman” before people chimed in with positive feedback.

“She looks happy, that’s the important thing, and I’m really happy for her. She looks like a lovely, sweet lady I’ll never fight against.”

“Congratulations to her and all her hard work. To each their own. If she’s happy with herself, it’s not for anyone else to say anything. To me, it shows hard work and tons of dedication,” another user commented.

Her ability to hit vacuum poses has also made her stand out in the IFBB Pro League, as her midsection is arguably one of her best assets.

RELATED: Nataliya Amazonka Doesn’t Mind Her Husband Has Smaller Biceps Than Her

Nataliya Kuznetsova is an inspiration to many people, especially bodybuilders who are continuing their journey in the sport. She is still going strong and training hard in the gym. While it’s unclear when she might return to a bodybuilding contest, Kuznetsova is staying in incredible shape.

Bodybuilder Nick Walker Shows Huge Varicose Veins in Calves During Recent Update, Is It Cause for Concern?