Life and accomplishments of Helle Trevino. 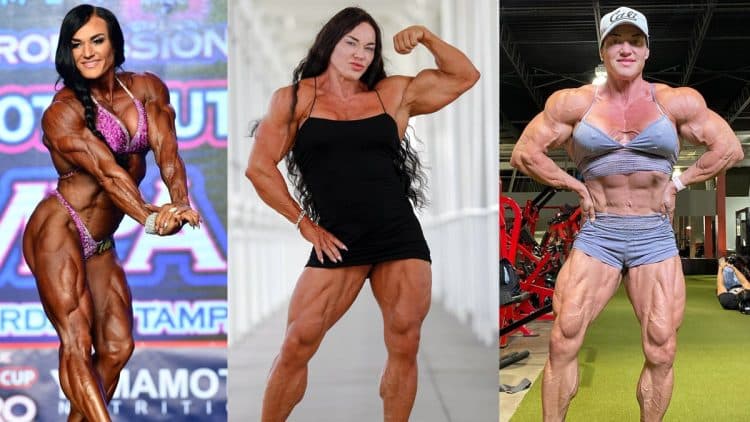 Helle Trevino is a Danish-American professional bodybuilder and an IFBB Pro athlete competing in the Women’s Bodybuilding division. She won the coveted Rising Phoenix World Championship in 2017 and 2019. This is her complete profile, biography, and more.

Helle Trevino (formerly Nielsen) was born and raised on a farm in the rural town of Sønderborg in Denmark. Growing up, Trevino was a very active kid. She joined gymnastics at the age of three and participated in several sports, including ballroom dancing, swimming, track, and field, shot put, martial arts, horse-riding, boxing, biking, ballet, and yoga.

The Beastqueen majored in English and German in college. She later got into the fitness world, where she took several exams in the nutrition and training field.

In 2012, Helle moved from Denmark to California to train at the Gold’s Gym in Venice. Helle Trevino is only the second female professional bodybuilder from Denmark after Lisser Frost-Larsen, who last competed in 1984.

Trevino joined a gym and started lifting weights when she was 17. She trained seven days a week as she did not feel she needed to take a day off to allow her body time to recover.

After weight training for a year, Trevino gained 29 pounds (13 kilograms) of muscle mass, which made her realize that she had great genetics and should try her hand at competitive bodybuilding.

Helle Trevino has one of the most interesting competitive careers. She has been competing since 1998 but has taken a sabbatical twice in her two-decade-long career to reassess her strategy and career trajectory.

Helle entered her first competition under her maiden name of Nielsen at the age of 22—five years after starting weight training. However, her patience and dedication to her craft paid off as she won the heavyweight and overall categories at the Danish Nationals Championships in 1998.

Helle dominated her competition at her next show to win the heavyweight and overall titles at the 1998 Scandinavian Championships in the same year. However, her winning streak abruptly ended after she placed tenth at the 1999 World Championships in Australia.

After finishing tenth in Australia, Helle took some time off competing—which turned into three long years—before stepping on stage again in 2003 at the Jan Tana Classic. Her strategy paid off handsomely as she surprised everyone by winning the heavyweight and overall divisions in her first pro show.

A few months after scoring her first pro show win, Helle placed a respectable fifth in the heavyweight class at the 2003 Ms. Olympia. Although everything seemed to be going Helle’s way, she stunned bodybuilding fans by taking a second break from the competitive circuit.

This time, the Beastqueen was out of the competitive circuit for seven long years and made a comeback as Helle Trevino at the 2011 FIBO Power Pro Germany. She nailed her physique, which helped her overshadow her competition and win the show.

Only a handful of bodybuilders have taken such a long break and returned at the same level. For pulling off this feat, it’d be safe to call Trevino the queen of comebacks.

Trevino faired worse at the 2011 Ms. Olympia and fell to the fourteenth position. However, she stuck to her guns this time and focused on improving her physique by working on the feedback she received from the judges.

Experts believe Trevino always had the mass to go head-to-head with the big girls. However, her muscle definition and separation held her back.

After a lackluster 2012, 2013, and 2014, the Beastqueen returned to her winning ways by earning gold at the 2015 Wings of Strength Chicago Pro. She subsequently earned a runner-up place at the 2015 WOS Rising Phoenix Pro.

For the next three years, Trevino stuck to competing at one show a year—Wings of Strength Rising Pheonix Pro, which became the apex Women’s bodybuilding competition after the Olympia Weekend discontinued the Ms. Olympia division.

Helle Trevino cemented her name amongst the female bodybuilding greats by winning the WOS Rising Pheonix Pro in 2017. She won the coveted title again in 2019.

The Frontrunner for the Ms. Olympia Title

Since Trevino was the 2019 WOS Rising Phenoix champ and the 2020 runner-up, she became the frontrunner for winning the Ms. Olympia title when it was reintroduced in the Olympia Weekend after Jake Wood took over the Olympia brand in 2020. She finished third behind Andrea Shaw and Margie Martin.

Trevino improved her Olympia ranking in the subsequent year by fetching a runner-up finish behind Andrea Shaw.

Given below is Beastqueen’s complete competition history:

Trevino follows a six-day-a-week training regimen, and her workouts typically last a couple of hours a day. During the off-season, she does more cardio than she would during contest prep.

As you’ll soon find out, Trevino does a lot of volume in her workouts. However, she doesn’t use it as an excuse to lower her training intensity. She goes hard and heavy every time she steps inside a gym.

Trevino sticks to the same basic meals during prep and the off-season. Her meal plan is designed to cause minimum friction in her lifestyle.

“I cook a big box of rice, a big box of veggies, and a lot of chicken. Instead of cooking one chicken breast every single meal, I cook 10 and have enough for 3 or 4 days.”

The Beastqueen has previously revealed that chicken is her favorite source of protein. However, she usually has steak every day as her body responds well to it.

This is what Trevino’s typical diet plan looks like:

Trevino uses supplements in conjunction with a macro-balanced diet to get the best bang for her buck. Her supp arsenal consists of:

Although Helle Trevino had momentum behind her and was being considered the biggest threat to Andrea Shaw’s Ms. Olympia crown at the 2022 Olympia, scheduled for Dec. 15 to 18 in Las Vegas, NV, the bodybuilder, and her fans, were dealt a disappointment.

The 2019 Rising Pheonix champ suffered two shoulder tendon tears in the off-season that might prevent her from competing at the 2022 Olympia. At the time of this article’s publication, we’re waiting for more information from her about her recovery status and future competition prospects.

The 2022 Ms. Olympia contest has arrived, and Women's Bodybuilding took over Las Vegas, Nevada for prejudging on Friday, December...