The Russian Fitness competitor withdrew from the contest owing to a leg injury. 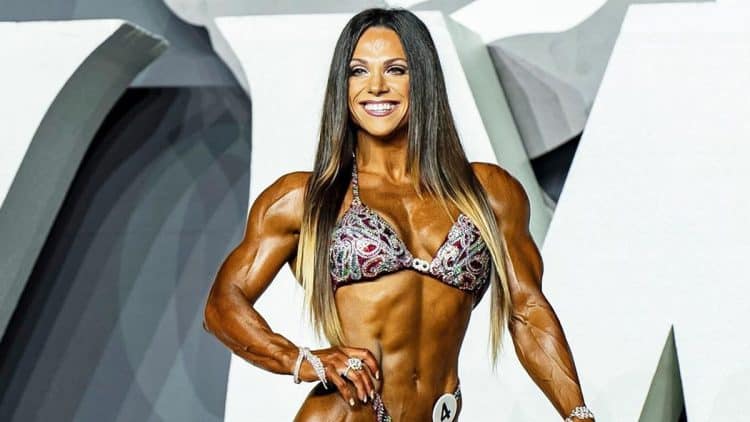 Oksana Grishina Out Of 2022 Olympia (Image via @oksanagrishina/Instagram)

The 58th edition of Joe Weider’s Olympia Fitness & Performance Weekend is underway in Las Vegas, NV. However, the Fitness division has incurred not one but two setbacks. Four-time Fitness Olympia champ Oksana Grishina has withdrawn from the show owing to an injury.

While the exact reason behind her pulling out has not been announced, the voice of bodybuilding, Bob Cicherillo, gave out the sad news during the pre-judging round of the Fitness division when only 19 contestants stepped out on stage instead of the planned 20.

The Russian physique competitor was limping on stage at the 2022 Olympia press conference on Thursday, Dec. 16. On being questioned about her leg by the MC, she pacified her fans by saying that she would be on stage on Friday. However, that was not to be.

Sadly, this was not the first withdrawal from the 2022 Fitness Olympia division. The reigning champ, Whitney Jones, had taken back her name after a health scare a day before stepping on stage.

Although the Fitness division lost two of its best competitors at the 2022 Olympia, the pre-judging round proved that the roster was stacked.

With the two former Olympia champs out of the show, former Fitness Olympia champ Missy Truscott is being considered the frontrunner to pick up the winner’s cheque later today. Her amazing muscle balance, shape, and conditioning in the pre-judging posing round might have solidified her place at the top of the podium. Jaclyn Baker seems to be coming in second place as these two were in the first and final callout in the posing round. However, it is too early to announce the final decision.

The fitness routine has a two-third weightage in the final results, and the 2022 Fitness Olympia throne is still anyone’s for the taking.

For 15 years between 1980 and 1994, Ms. Olympia was the only division pro female bodybuilders could compete in at...

Oksana Grishina is a Russian born gymnast and Fitness competitor, with several major accomplishments on her resume. This is how...

Over the years, the ladies' end of bodybuilding has grown and matured into being an extremely talent-rich pool of entertainment....

After winning the Ms. Fitness Olympia four times, Oksana Grishina has nothing left to prove. Now she explains why she...

Oksana Grishina is one of the most legendary female fitness competitors in the world today. She will be returning to...