The full roster for the 2022 World's Strongest Man has been gradually revealed and it is full of world class athletes. 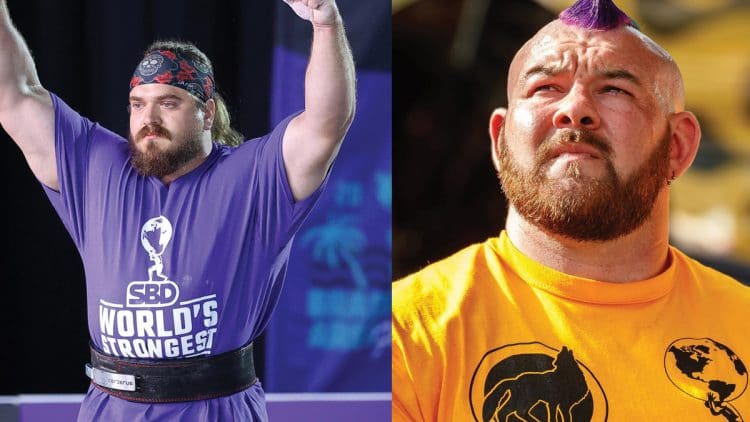 The roster for the most prestigious Strongman competition in the world is shaping up. The 2022 World’s Strongest Man is scheduled for May 24-29, 2022, in Sacramento, California. Unsurprisingly, the greatest athletes in the World will take part in the competition, and a few of them have already been announced. On March 4th, 2022 the World’s Strongest Man official Instagram page confirmed the names of athletes. All 30 athletes have been revealed.

The lineup already contains a few Strongman veterans, with the likes of Rob Kearney and Mark Felix taking part. However, it also features a few newcomers who could put up a brilliant performance in the competition. Pa O’Dwyer and Shane Flowers competed at the 2022 Britain’s Strongest Man, and they both looked incredible.

A lot more athletes will be announced in the upcoming period, and we will update the article as they are revealed. The heavy favorites to win the 2022 World’s Strongest Man have not been officially revealed yet. However, we know that every previous winner of the WSM has a lifetime invitation for the competition.

2021 Europe’s Strongest Man, Luke Stoltman, and the 2022 Força Bruta champion JF Caron are expected as well. If every one of these athletes shows up, there will still be enough room for more great athletes to fit. Furthermore, it will be interesting to see who else gets the invite.

The competition format of the 2022 World’s Strongest Man has not been confirmed yet. However, we can expect it to be like last year’s edition. The WSM consists of two parts, the qualifiers, and the finals. Usually, the winner of each qualifying group secures a direct path to the final, while the second and third place finishers face-off, and the winner of that also goes to the finals.