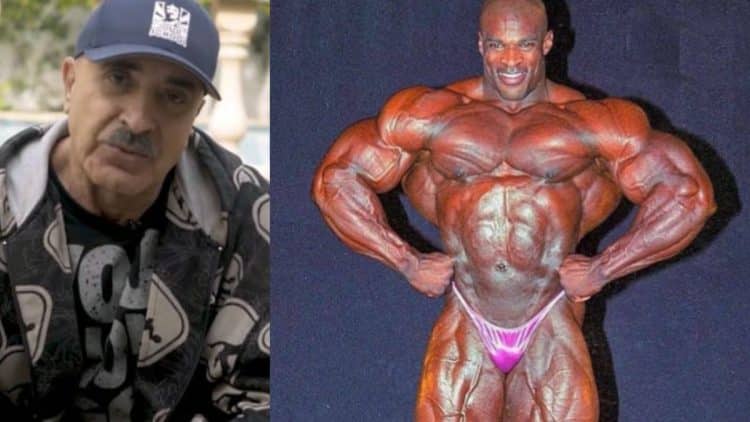 Bodybuilding veteran Samir Bannout is dedicated to the sport despite stepping away from the stage years ago. In a recent video, Bannout reflected on Ronnie Coleman’s dehydration scare in 2001 and underlined the dangers associated with diuretics.

Bannout, who competed during the Golden Era of bodybuilding, left his mark on the sport before calling it a career. In 1983, he won the prestigious Mr. Olympia title. Bannout has shared the stage with countless legends like Lee Haney, Frank Zane, and Arnold Schwarzenegger during his time competing.

In the age of mass monsters, eight-time Mr. Olympia Ronnie Coleman reigned supreme. However, en route to sporting one of the biggest and most conditioned physiques, it nearly cost Coleman his life. In 2001, ‘The King’ was tasked with having to peak his body twice, once for the Arnold Classic and again for the Olympia.

He implored his coach Chad Nicholls to take him to the hospital before Olympia. This came after Coleman felt ill and dehydrated. Nicholls pushed him through the scary experience in spite of his request and advised Ronnie to drink a gallon of water. Shortly after, Coleman managed to defeat Jay Cutler for the Mr. Olympia title in 2001. In the latest Old School Labs podcast, Bannout looked back on Coleman’s special accomplishment.

During the podcast, Bannout gave his thoughts on Coleman’s 2001 Olympia performance.

“I think every coach should be smarter enough not to hide from their client what they’re giving them. They should tell them exactly what’s going to happen. I know Chad is a very bright at what he does. He’s not one of those [guys] that doesn’t know what the hell [is going on]. He’s in the driver’s seat.

Look I was there I saw Ronnie Coleman and he was sliced beyond your imagination. Ronnie was as dry as the desert sand. I walked into the room that day I can tell you the truth — I saw about 24 gallons of water. 24 maybe more. It was all around the room, water everywhere. I swear to God,” Samir Bannout said.

According to Bannout, he believes Chad Nicholls should have been more open and honest about the gear he was having Ronnie take.

It would have been much better if — Chad should have told Ronnie, ‘hey listen man, I’m giving you 5,000 intravenously, I’m giving you this much B6, and then I’m giving you potassium or a diuretic or something.’ He should tell him. This is where I fault Chad, not doing so. I guess he’s okay. He’s still here with us. But yeah, dehydration is so dangerous man. You’re walking a fine line. It’s very dangerous,” says Samir Bannout.

Bannout Takes Aim at Diuretics: “This Is What Kills You In Bodybuilding”

Bannout labeled Insulin and diuretics as dangerous and said using them can result in deadly consequences.

“As they all say, all of them are dangerous if they’re not done by heavily qualified medical persons who understand fluids and electrolyte management. That’s what really kills you. This is what kills you in bodybuilding. The hydration is not a walk in the park it’s deadly dangerous. Don’t listen to anyone. Don’t listen to anyone when it comes to diuretics.

“You know sometimes you need water to look better. Then they make the stupid dumb mistake, the [Insulin] dehydrates you even more and that leads to deadly consequences. Sometimes drinking water is going to make you incredibly better.”

Given the circumstances in which the late George Peterson died, Bannout underlined the importance of having a solid coach.

“This is why you need to be with a capable coach. Even some of the gurus today who claim to be, they still make those mistakes. We lost a champion not long ago, about a year ago. George Peterson, rest in peace. George was awesome. He already accomplished himself. He was always in the winner’s circle. He had a great career.”

“It breaks my heart to see him — he’s no longer here and why? Why? This is why. We’re talking about this right now,” Bannout said. “Two days before the show [2021 Olympia]. Jeff my buddy sent me a photo [of Peterson’s face], and I’m like, ‘oh my God.’ His face looked like something was definitely wrong.”

Ultimately, Bannout believes diuretics and dehydration have made the sport unhealthy.

“This is where bodybuilding becomes unhealthy. The final week [before a show]. It can be healthy all the way [off-season, contest prep] but the final week you know if you’re not smart enough you take it to the edge and you step into the graveyard. Stay away from the graveyard. Don’t gamble.”

In addition to Bannout, Schwarzenegger also issued warnings about the sport’s safety. In fact, he suggested that bodybuilding has become the most dangerous sport in the world, especially for those competing in the Men’s Open division. He specified that Classic Physique is where the future of the sport lies.

RELATED: Samir Bannout Warns Against ‘Garbage’ Insulin: ‘Continue Using This and You Won’t Make It to 60’

While his health isn’t what it once was, Coleman continues to inspire following a lengthy career. Bannout hopes up-and-coming talent can use Coleman’s health scare in 2001 as an example to promote safer bodybuilding practices.