Given his aesthetic physique, many are expecting Samson Dauda to make waves at the upcoming Arnold Show next month. 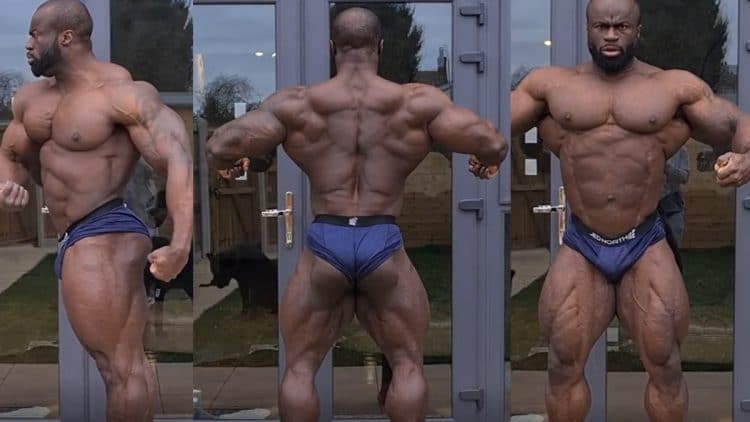 Samson Dauda had a promising 2021 in bodybuilding and is looking to continue the trend this year. With just under 3-weeks until the show, Dauda is garnering excitement before the 2022 Arnold Classic after sharing a recent physique update.

Time is ticking away as the 2022 Arnold Sports Festival is set to kick off from March 3-6. Athletes are closing in on final preparations for the second biggest show of the year. In the last month, three high-profile competitors have fallen off the list of athletes expected to compete at the upcoming March show.

In late Jan., Rafael Brandão withdrew with no specific reason disclosed. Then in early Feb., two Men’s Open competitors bowed out as Nathan De Asha and Mohamed Shaaban were stuck on the sidelines with injuries. Given the slender waists of De Asha and Shaaban, it appears Samson Dauda has a shot at gold as he remains one of the most aesthetically pleasing athletes expected to be on stage next month.

Ahead of the 2022 Arnold Classic, Samson Dauda revealed a comprehensive physique update. Bodybuilding coach Milos Sarcev shared the nearly 3-minute video of Dauda, and the bodybuilder hit many of the poses he will bring to the show in March.

Samson Dauda’s 2021 season was special and indicated to fans around the world that he has the toolbox to win a major world title. He took part in the 2021 EVLS Prague Pro in Prague, Czech Republic, and won first place. The victory saw him defeat Regan Grimes who secured third place, as well as Rafael Brandão who took runner-up respectively.

In 2021, Samson participated in the Yamamoto Cup Pro where he placed in third. Remaining active, Dauda took his talents to the Arnold Classic UK where he managed to earn second place. The bodybuilder was defeated by Nathan De Asha who was crowned as the 2021 Arnold Classic UK winner.

With bodybuilders like 2019 Mr. Olympia and Arnold Classic winner Brandon Curry in the mix, the field of competitors looks absolutely shredded ahead of this year’s Arnold. In addition, another bodybuilder that could give Samson Dauda problems on stage is Steve Kuclo. After placing third at the Arnold in 2021, Kuclo is bringing an improved physique with insane vascularity to the table next month.

Given the recent physique updates of Samson Dauda, it stands to reason that he has a legitimate shot at bringing home his first Arnold Classic trophy this year. Dauda is entering with one of his most complete packages to date and fans are eager to see if he can conquer the second biggest show of the year.