Samson Dauda Reacts to 6th Place Debut at 2022 Olympia: I’m Over The Moon and Truly Honored’

'The Nigerian Lion' is elated following his sixth-place debut at 2022 Mr. Olympia: 'I'm so happy, grateful, and honored to be in this position.' 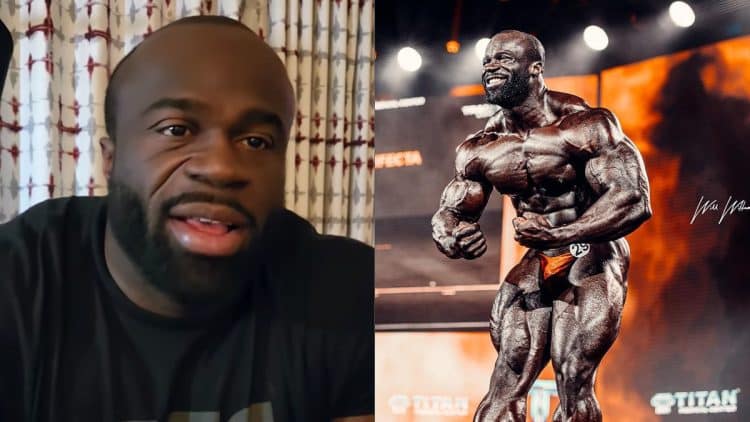 The smoke has cleared following one of the most exciting and unpredictable Mr. Olympia contests, which took place over the weekend from Dec. 15 – 18 in Las Vegas, NV. After finishing sixth in his Olympia debut, Samson Dauda reflected on the performance and described it as one of the best weekends of his life.

“Never ever in my wildest dreams, I would have dreamt of being Number 6 Best Bodybuilder in the world, let alone in my first ever @mrolympiallc! Words cannot describe how I’m feeling and how proud I am of our achievement.” Dauda wrote in the caption of his post.

Bodybuilder Dauda continues to showcase progress each time he stands on stage. Last year, he made waves as an Open athlete after finishing second behind Nathan De Asha at the 2021 Arnold Classic UK. He also placed runner-up at the Romania Muscle Fest Pro and won the EVLS Prague Pro title, which earned him a ticket to his first Olympia contest.

Samson kicked off his latest season by competing at the 2022 Arnold Classic and Boston Pro in March. He finished fourth at both shows but left the door open for making improvements. Throughout prep for this year’s Olympia, Dauda was pushing the scales at over 330 pounds.

He opened up about putting on so much mass and said it was very uncomfortable. However, after finishing sixth in his debut at Olympia over the weekend, it appears Dauda’s efforts paid off. He narrowly missed out on the top five but left the event brimming with confidence.

In a recent Instagram video, Dauda issued a statement after competing at 2022 Mr. Olympia, which was won by Iran’s Hadi Choopan.

“I just want to say thank you to all you guys supporting me. Thank you to the IFBB Pro League, thank you to the Olympia, I’m over the moon. Honestly, I’ve never felt so happy, so grateful, so honored to be in this position. It’s crazy. It’s crazy to think where I was literally a year ago, two years ago to now. It’s literally beyond belief. I don’t have the words to say to express how I really feel.”

According to Samson, he’s still processing what happened on the 2022 Olympia stage.

“I can’t describe what this feels like, it’s beyond belief for me and it’s going to take some time to sink in. Until then, I just want to say that I truly appreciate it and I love bodybuilding and I love this and I’m truly honored,” Samson Dauda said via Instagram.

Given how much talent stood on stage, Samson Dauda couldn’t be happier after placing sixth in his Olympia debut. Guided by his coach Milos Sarcev, Dauda plans to use the recent finish as fuel for his next year competing in the IFBB.