Bodybuilding veteran Shawn Ray gave his thoughts on Nick Walker and 2022 Olympia: "I think we've seen the best of Big Ramy. Now it's up to Nick to show us the best of him." 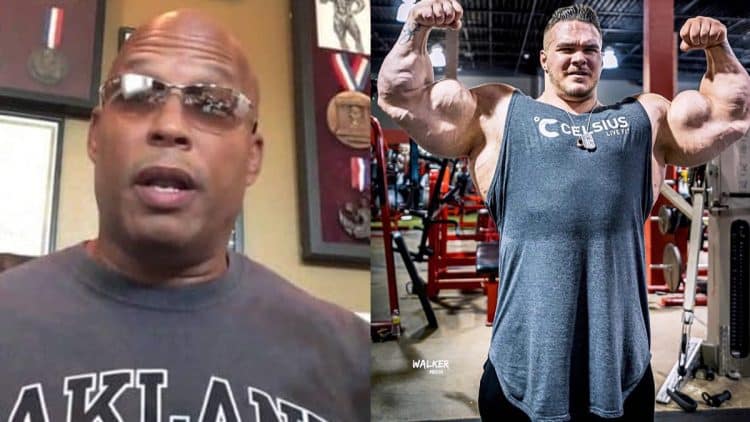 Shawn Ray is a veteran of bodybuilding and recently engaged in a discussion regarding Nick Walker’s potential in the sport. Featured in a video on YouTube, Ray discussed Walker’s trajectory as a bodybuilder and why he believes “The Mutant” will place in the top three at 2022 Mr. Olympia.

During his time as an active pro, Shawn Ray proved to be extremely consistent, and his record of top finishes at shows reflected that. In addition to placing in the top five at Olympia a number of times, Ray holds the distinction of having won the Arnold Classic, a title he earned back in 1991. While he’s hung up his posing trunks for good, the 58-year-old is well respected in the industry for his knowledge of the sport.

Nick Walker, one of the bodybuilding’s most popular athletes, plans to resume the dominance he showcased last year. The Men’s Open competitor started the season with a victory at the 2021 New York Pro. Despite earning his Olympia invitation as a result of that victory, the 27-year-old wasn’t satisfied, and proceeded to win the prestigious Arnold Classic title months later. He carried all of that momentum into his debut at 2021 Mr. Olympia and managed to place fifth on his first attempt performing at the event.

This year, the Mr. Olympia contest will take place from December 15th to the 18th in Las Vegas, Nevada. The Men’s Open lineup will feature some of the world’s biggest and freakiest athletes.

Shawn Ray on Nick Walker Winning 2022 Olympia: ‘If He Hits That Peak, He Will Have More Wow Factor Than Big Ramy’

In a recent video published on the Olympia TV YouTube channel, Shawn Ray summarized the Men’s Open landscape for 2022 and gave reasons for why he believes Walker cracks the top three at Olympia this year.

Ray believes fans should expect to see more of a wow factor from Nick Walker rather than Big Ramy at Olympia. Shawn added that the 2021 Arnold Classic champion is ‘aging into the sport’ while many of his competitors are ‘aging out.’

“The closer you are to aging out, the more likely you’re probably not going to be what you once were and that wow factor is not going to be there. This kid [Nick Walker] is aging up. He’s aging into it. I think we’re going to see more of a wow factor and that wow factor might diminish what we’ve already seen from Big Ramy. What we already witnessed with the 2019 Brandon Curry and the repetitive version of Hadi Choopan. I think Hadi Choopan the last two years was really similar to what he was.”

When assessing William Bonac‘s chances of winning, Ray dismissed him because he recently underwent Gynecomastia surgery. Ray says ‘going into surgery and coming out’ is never a good thing for a bodybuilder eager to reach the top of the mountain.

“William Bonac had some injury problems. Did he not go into surgery after he just won? I think he went into some type of surgery. That’s never good as a bodybuilder as you are trying to climb up the ladder. Going into surgery and coming out, no, it didn’t work very well for Phil Heath.”

Given who “The Mutant” is expected to face at Olympia, Ray is confident that if Walker peaks correctly, he will be more dangerous than Big Ramy on stage.

“So, Nick is coming along at the right time. And I think he’s progressing, going up that hill, while he’s going up against veterans that are coming down the hill. If everything aligns, and he hits that peak, he’s going to have more of a wow factor than what Big Ramy has.

I think we’ve seen the best of Big Ramy. Now it’s up to Nick to show us the best of him. He’s at that right age where we can actually see him at his best, which is a younger version of all of those guys that he’s gotta go through. So, I have him in the top three for sure.”

When asked about Hunter Labrada, Ray accepted that Labrada has some ‘genetic gifts’ over Walker but said he still has a conditioning issue. Despite Walker’s muscle thickness and grittiness, Ray believes comparing the two top bodybuilders is like comparing apples and oranges.

“Hunter just has a conditioning issue. He’s got to nail his conditioning. He’s got the genetic gifts over Nick. He’s got a nice prettier physique over Nick because he has nice genetic gifts but he doesn’t have the chunky muscle that Nick has earned and when you stand there and look at the muscle thickness and the grittiness of it all, you put the two together, now you got that decision between apples and oranges.”

Shawn Ray believes a bodybuilder in his mid-20s tends to train with more intensity than an older athlete.

“When it’s just, ‘I want that title,’ and you’re 25, 26, 27 years old, you train with a different amount of intensity because you know the world is your oyster at that stage but when you’re in your thirties heading into your forties, things are a little more calculated and you’re a little more guarded so it’s hard to make those improvements.”

Even though Shawn Ray has long stepped away from competing, he remains vocal about the sport. Father Time is undefeated, and Ray is confident Walker will catch many elite bodybuilders as they age out of the division. Walker has already made it clear that he wants Labrada to be at 100% when the two battle on stage again.

2022 Olympia is less than five months away and Ray sees Walker as a viable threat to the Men’s Open title. Should Walker dial in his condoning as he did for the Arnold last year, many believe he will be hard to contend with, including bodybuilding veteran Shawn Ray.