Steve Kuclo Ends 2022 Bodybuilding Season: ‘I Have Shut It Down For The Year To Focus on Family’

After a busy season, Men's Open veteran Steve Kuclo is taking a sabbatical to focus on building his family. 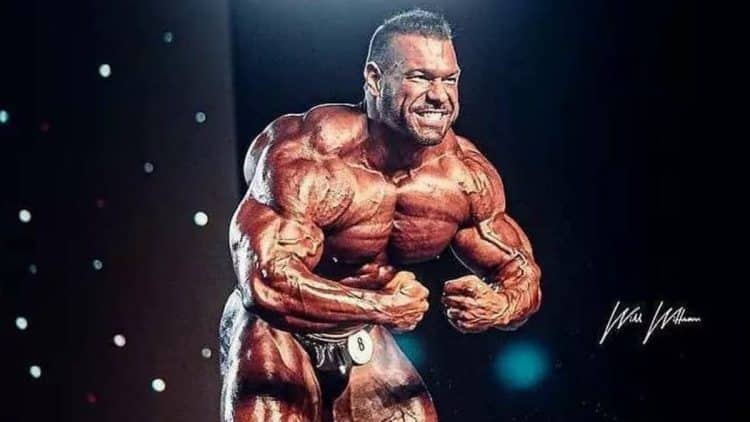 Competing in the sport for over a decade, Steve Kuclo will be taking some much-needed time off for the rest of the year. In a post shared via Instagram, Kuclo announced that he’s ending his 2022 bodybuilding season to take care of his family and focus on having a baby.

Bodybuilder Steve Kuclo has competed against elite-level talent for most of his career. Last year, many fans dubbed him a frontrunner in the league given his combination of mass and aesthetics. In 2021, Steve finished runner-up to Men’s Open standout Iain Valliere at the Texas Pro show. He also placed third at the Arnold Classic, where he pushed competitors Valliere and champion Nick Walker.

While he didn’t get the chance to compete on the Olympia stage last year, many assumed that was subject to change. After all, Kuclo looked massive and vascular at the 2022 Arnold Classic; a show that saw him reach third place. Just a week later, Kuclo returned to the Boston Pro, but again found himself trailing in third.

Taking time to rebuild his physique, Kuclo returned to home soil at the 2022 Texas Pro. And even though many favored him to win the contest, Steve was slated to face one of the sport’s rising stars Andrew Jacked.

Steve’s conditioning held up in the finals, though he ultimately finished third behind Martin Fitzwater and Jacked. Following the string of shows, Kuclo is taking to Instagram to officially end his 2022 season of bodybuilding.

A week prior to competing at the Texas Pro in August, Kuclo and his wife were dealt a devastating blow after suffering a miscarriage. In the months ahead, Kuclo plans to comfort his family and continue trying to have a child.

Find his full statement below:

“🙏🏻 To all my fans, supporters, friends & family who support me… THANK YOU! 🙌🏽
As the photo says and those that have asked and wondering, I have shut it down for the year and focusing on what really matters in life… my wife and having a baby together. For those that don’t know we got pregnant back in June but suffered a miscarriage a week before the Texas Pro show I competed in.

That Was one of the hardest things I’ve ever had to go through emotionally but through that it made my wife @michellesylviakuclo and I even closer! Facing adversity or going through a storm is when we tend to become stronger and better people if you don’t let that get the best of you.

She has been the biggest blessing of my life and is the strongest and most loving person I know. Im grateful for every day of life and look forward to what the future holds.” Steve Kuclo wrote on Thursday after reflecting on his latest bodybuilding season.

Many fans were holding out hope to see Kuclo compete at this year’s Olympia. The 2022 Olympia Qualification System (OQS) awards bodybuilders points throughout the season and the top three Open athletes with the most are granted automatic qualifications. Despite the points he accumulated, Kuclo won’t be testing himself against the best this year.

For now, the bodybuilding veteran is content with building his family instead of his physique. Following a busy season, Kuclo will reassess his bodybuilding career sometime next year.