Terrence Ruffin Understands Risks of Bodybuilding, Plans to Retire in Next 3 Years

Classic Physique standout Terrence Ruffin is eying the finish line as he reveals his plans to step away from the sport in the next three years. 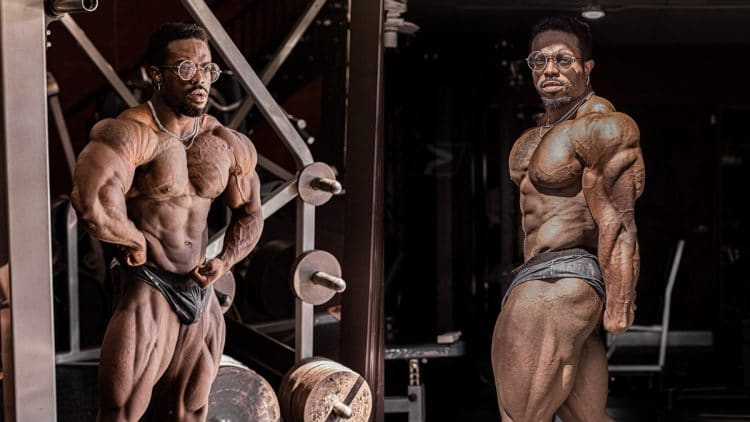 Two-time Arnold Classic champion Terrence Ruffin has reached the pinnacle of the sport at a young age. In a recent Instagram Q & A story, Terrence revealed his plans to retire in the next three years.

Terrence rose to the top of the sport quickly while competing in the Classic Physique division. In 2021, Terrence captured the Arnold Classic title. One year later, Ruffin produced yet another trophy at the 2022 Arnold Classic. Ruffin led the pack in Ohio last month, with rising contender Ramon Rocha trailing behind him in second place. Germany’s Urs Kalecinski secured third and two-time Classic Physique Olympia Breon Ansley landed outside the podium in fourth place.

Following the massive victory, many believe Terrence has the tools to give three-time Classic Physique Olympia champion Chris Bumstead a run for his money this Dec. Terrence and “C-Bum” have faced each other on stage before. The last two years saw Chris defeat Terrence in the finals at the Mr. Olympia show in 2020 and 2021.

The bodybuilding community was shaken to its core last week due to the sudden and tragic passing of the late Cedric McMillan at 44 years of age. As it stands, details surrounding his death are limited, but that hasn’t stopped fans from underlining the inherent risks associated with the sport. While Ruffin isn’t packing on mass like an IFBB Pro in the Men’s Open division, he relayed his plans to step away from bodybuilding in the next few years.

In a recent Q & A session on Instagram, Terrence Ruffin explained his plan is to retire in the next three years.

“Do recent deaths in bodybuilding worry you/make you question what you’re doing?” the Instagram commenter asks.

Terrence responded to the question, acknowledged the risk of competing, and answered in a thoughtful manner.

“No, I’ve always understood the risk when it comes to bodybuilding and have done things accordingly. Terrence said.

Ex. Im in classic, under my limit, and plan on retiring in the next 3 or so years.
People usually fear the unknown. So when a person doesn’t understand what they’re taking and aren’t getting labs and exams regularly I can understand why they would be worried.

Besides that I always context is key. So paying attention who has passed, when they passed etc answers a lot of questions for me as well.” Terrence Ruffin shared.

According to Ruffin, he has long understood some of the risks associated with bodybuilding. Given the growing number of deaths in the sport, “Diesel” believes worrying is warranted when athletes aren’t getting the necessary labs and exams regularly. Terrence emphasizes that “context is key” when it comes to deaths in the sport.

With Classic Physique fandom on the rise, many have begun to question if the sport is moving away from the mass monsters featured in the Men’s Open division. At the 2022 Boston Pro last month, Classic Physique competitors performed last at the show, which has some in the industry suggesting the division is eclipsing Men’s Open in popularity.

Terrence has yet to win a Classic Physique Olympia show but is working hard during his off-season to present a package that can stand up to Chris Bumstead’s physique. Despite being under the age of thirty, Terrence believes he will step away from the sport in the next three years.