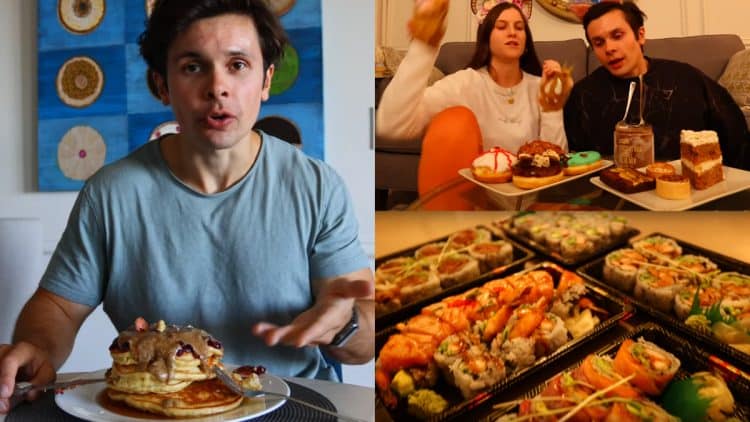 Dwayne ‘The Rock’ Johnson is renowned for his dedication to keeping high levels of fitness. He stays in shape throughout the year and preaches to be the hardest worker in the room. In a recent video posted on YouTube, fitness influencer Will Tennyson tried out five of The Rock’s epic cheat meals for 30 days.

Johnson boasts one of the best builds in Hollywood. He took his physique to the next level in preparation for his titular role in the DC movie, Black Adam. In September, The Rock gave insight into how he built superhero quads for the project. He showed off his lower body gains while annihilating his quads using step-up exercises.

Although Johnson has a packed schedule, he always takes time to motivate his fans online. He regularly shares clips of himself performing workouts at his home gym, aptly named Iron Paradise.

He recently joined forces with NFL player Aaron Donald, a defensive tackle for the Los Angeles Rams. It was the second time they paired up for a workout at the LA Rams training facility. They kicked things off with an intense warm-up of one-arm bent-over rows involving a 100-pound dumbbell for a total of 40 reps (20 reps on each arm).

Last week, The Rock shared a ‘killer’ leg day workout routine of five monster sets that he utilized to finish his lower body training session. He used a 100-pound dumbbell to perform sumo squats with 3-second negatives and a 1-second pause at the bottom.

Canadian fitness influencer Will Tennyson quickly amassed over 1.5 million subscribers on YouTube and made a name for himself on social media with his entertaining content. He regularly takes on new challenges and collaborates with fellow influencers and elite celebrities.

In September, Tennyson teamed up with bodybuilding legend Phil Heath for a brutal arm training and posing session. Heath encouraged him to focus on the tempo to avoid developing bad habits. The seven-time Mr. Olympia mentored Tennyson through the workout and offered detailed posing instructions.

Will Tennyson Tries 5 of The Rock’s Epic Cheat Meals

In a recent video posted to his YouTube channel, fitness influencer Will Tennyson tried out five of The Rock’s monstrous cheat meals.

At the end of the five cheat meals, he was 2.3 pounds over the weight he started at. He averaged about 5,000 calories every Sunday (cheat meal day) and set new 1 rep max PRs on the squat, deadlift, and bench.

Last month, Will Tennyson partnered with powerlifter and boxer Stefi Cohen for a mega workout challenge. The stakes were high. They placed a bet that the loser would have to wear a horse mask and take a punch from the winner. The 25-time powerlifting record-holder dominated Tennyson and handily won the game of exercise ‘H-O-R-S-E.’

Tennyson also got the opportunity to get a workout in with bodybuilding icon Kai Greene. The pair partnered for a taxing high-volume chest workout at one of the meccas of bodybuilding, Gold’s Gym in Venice Beach, California. Greene, a decorated Open competitor, shared his expertise with Tennyson and gave tips to improve his technique.

After devouring a number of cheat meals, Tennyson was left impressed by The Rock’s massive appetite.

Dwayne ‘The Rock’ Johnson is easily one of the most successful actors on the planet. He made a name for...