Tom Platz is one of the most popular bodybuilders never to win the Mr. Olympia. Known for his freakishly muscular legs, Platz really owned his nickname, “Quadzilla.” In this article, we reveal how Platz built arguably the best legs in bodybuilding history. 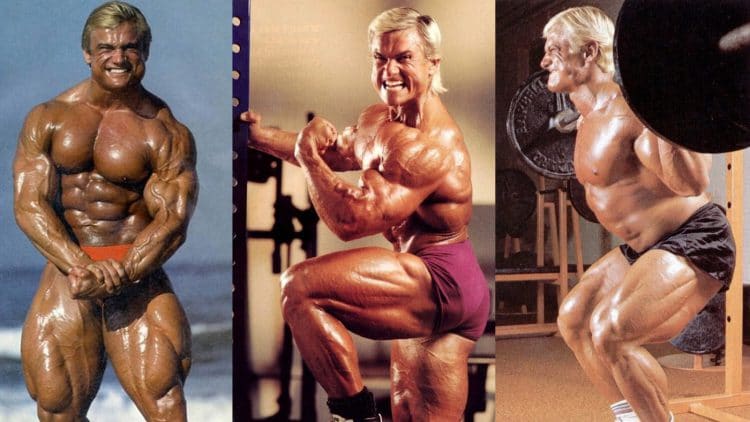 Thomas Steven Platz was one of the most famous bodybuilders of the 1980s. An IFBB professional, he competed in seven Mr. Olympias, with a best finish of third in 1981, and also won Mr. Universe in 1980.

While Platz was undeniably popular with fans and enjoyed some notable successes, he never really reached the top of the sport.

And yet, Tom Platz is something of a bodybuilding legend because, frankly, his leg development was out of this world.

At their most muscular, Platz’s legs measured a rock-hard 30”. Paired with incredible separation and definition, his quads, hamstrings, and calves were beyond compare. Perhaps one of the reasons that Platz wasn’t more successful was that his immense legs overshadowed his upper body.

That’s not to say his upper body was small; it’s just that his legs were simply so much bigger. After all, bodybuilding is a sport that rewards balance, proportions, and symmetry.

Unlike many of his contemporaries, Tom Platz is still involved in bodybuilding and is a highly sought-after coach. Despite being in his mid-60s, Tom continues to train regularly, and his legs are still amazing!

Tom Platz – The King of Squats!

So, how did Tom Platz build his incredible lower body? The short answer is squats. Lots of squats.

Platz was known for his squat prowess and developed a love for this exercise very early in his bodybuilding career. Watching him pump out rep after rep with bar-bending weights is truly inspirational.

Every rep goes well below parallel and, with his narrower than average stance, his form was virtually faultless. Tom Platz, by his own admission, was built to squat.

Tom Platz’s squat workouts are the stuff of legend. Notable training feats include:

Of course, Tom Platz didn’t just do squats for his legs; he used a range of exercises to hit his lower body from multiple angles. However, squats were the cornerstone of his leg workouts.

Like every bodybuilder, Tom Platz used a variety of workouts and training methods to sculpt his physique. As such, there is no single, official, Tom Platz Leg Workout. Platz trained instinctively and changed his training according to how he felt on the day.

However, the one constant was his incredible intensity and focus. Platz pushed himself to the limit every time he trained. There were no easy workouts; it was grow or die trying!

That said, this is an example of a typical Tom Platz leg workout:

Tom Platz began each workout with an extensive series of stretching exercises. He was a very flexible man, and this pre-workout stretch routine is probably why. Excellent flexibility meant that Platz could use a full range of motion for all his leg exercises, making his workout safer and more effective. 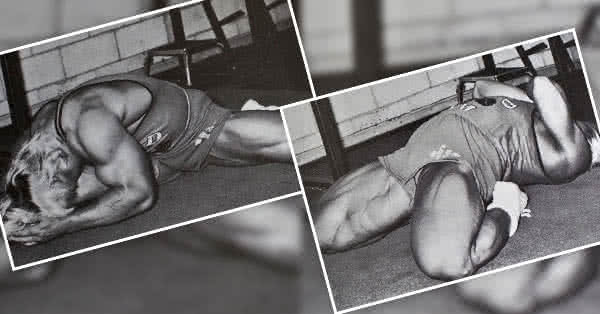 Tom Platz was a stickler for proper exercise form. Watch any video of Platz squatting, and you can tell he’s in complete control. This helps explain how, despite being in his mid-60s, he’s still squatting hard and heavy. Good technique minimizes the risk of injury.

So, be like Tom and train with good form! Follow these instructions to make your workouts are as productive and safe as possible.

Tom Platz favored a narrow stance for squats. This increases quadriceps engagement. Sometimes he did them with his heels raised on plates or wooden blocks to make them even more quads-centric. However, this technique does increase knee stress, so don’t use it unless your knees are 100% healthy and pain-free.

Also, because of his excellent flexibility, Platz always descended to below parallel – ass to grass. But, narrow, deep squats are far from easy, so you may need to adopt a wider stance and stop at parallel to avoid hurting yourself, e.g., rounding your lower back.

Related:  How Deep Should You Squat?

Tom Platz started his workout with light weights and high reps and then pyramided up in weight and down in reps over several sets. This acted as an extended warm-up and a barometer of how he was feeling on that particular day. Typically, Platz went from sets of 20 reps to sets of five. He seldom went lower than five reps per set. Weight-wise, 500lbs plus was the norm for his heaviest sets.

Read also: Learn how to do squats here

The next exercise in Tom Platz’s leg workout is hack squats. Platz had a unique way of doing hack squats; he’d rise up onto his tiptoes and drive his knees forward to increase the range of motion and quadriceps activation. This turned hack squats into a sort-of sissy squat.

Needless to say, this is a potentially risky proposition for most exercisers, but something Platz was prepared to do in the pursuit of his ungodly quads.

If you value your long-term knee health, you should probably keep your feet flat and minimize forward knee travel. Done this way, hack squats are still an effective quadriceps exercise.

To finish off his quads, Platz hobbled from the hack squat to the leg extension machine. Leg extensions were done with heavy weights for high reps and lots of sets to wring every last bit of energy from his quads and stimulate maximum growth.

Needless to say, after all those sets of squats and hack squats, Platz’s quads would be pumped to the max and screaming for mercy. However, there was no respite, and he kept on pushing his quadriceps to the limit.

Surprisingly, Tom Platz didn’t do an enormous amount of hamstring training. Deep squats seem to have provided his hamstrings with sufficient stimulation. He did do stiff-leg deadlifts from time to time, but, more often than not, leg curls were his main and often only hamstring exercise.

To get the most from leg curls, Platz often did forced reps. This involved training to failure and then getting help from a training partner to lift the weight. He would then lower the weight on his own. Leg curl sets often ended with several forced reps to fully fatigue the hamstrings.

When Tom Platz was in his prime, the only leg curl machines available were the lying variety. However, if you prefer, you can do seated leg curls.

Tom Platz’s calves were every bit as enormous as his quads. This guy clearly has the perfect genes for building massive legs! Standing calf raises work your gastrocnemius and soleus, which are the upper and lower calf muscles, respectively. Go hard and heavy on this exercise, and, like Platz, stretch your calves between sets.

Seated calf raises target the soleus or lower calf muscle. Developing the soleus can give the calves a more tapered shape. A lot of lifters skip this exercise, as the soleus is trained during standing calf raises. But, for professional bodybuilder Tom Platz, who was judged on every aspect of his muscular development, that was not an option!

Related: Learn how to do seated calf raises here.

After standing and seated calf raises, Tom Platz’s calves were all but done in. But, never one to leave any muscle fiber left unpunished, Platz finished off his leg workout with a few sets of calf raises on a leg press machine. The position of your legs during this exercise means it’s very similar to donkey calf raises, which is a favorite old-school calf exercise.

Related: Find out how to do leg press calf raises here.

A lot of bodybuilders have signature body parts. For Dorian Yates, it was his massive back. For Larry Scott, it was his enormous biceps. Arnold Schwarzenegger is probably best known for his colossal chest. But, when most bodybuilders think about leg development, Tom Platz is usually the name that springs to mind.

Tom Platz’s legs almost defied belief – they were THAT huge. They may have been out of proportion with his upper body, but the fans didn’t care; Platz will always be the official quad-father of bodybuilding.

While there is no guarantee that you’ll build legs as massive as Tom Platz, following his workout will definitely add mass to your lower body.

But, remember that Platz was a professional bodybuilder who was paid to train, eat, and sleep. He didn’t have to try and fit his workouts around his job – they WERE his job.

So, don’t try and match Tom Platz set for set; you’ll probably just end up sore and overtrained. Instead, use this Quadzilla leg workout for inspiration, and modify it to suit your abilities and needs. And don’t forget to pay your dues in the squat rack. After all, if you want quads like Tom, you need to squat like Tom, too!

Friends don’t let friends skip leg day, or at least that’s what the memes say. And while many lifters spend...

Let’s get one thing straight from the start of this article: there ain’t nothing sissy about sissy squats! In fact,...

Leg Extension vs. Leg Curl: A Definite Guide from Experts