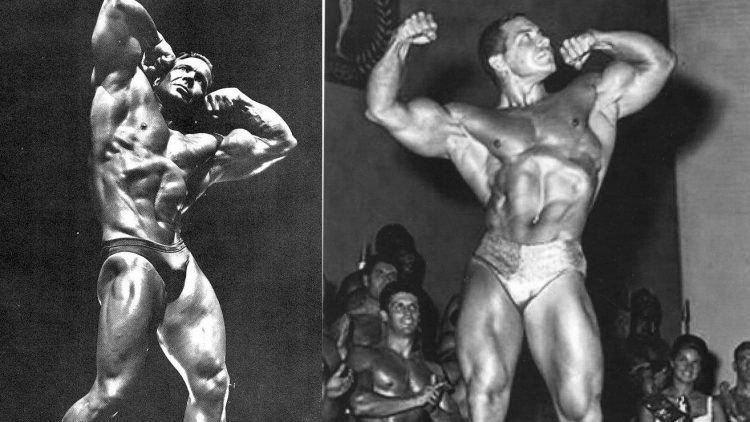 William Arnold “Bill” Pearl was born on the Warm Springs Indian Reservation near Prineville, Oregon in 1930. He is primarily of Native American descent. His fascination with strength and muscle began at age eight, when he saw a circus strongman in his local town. As a youth Pearl was fond of boxing and he took up weight training at the tender age of ten, so he could compete against his older brother, Harold.

From an early age he had a passion for collecting cars which he has kept to this day. Pearl continued to weight train through high school utilizing the written works of old-time strongmen and a York Big Ten Special weight set. He was a gifted athlete excelling at wrestling and football and his weight regime shifted to the local YMCA under the tutelage of a local bodybuilder.

After leaving high school and entering the Navy, Pearl joined Leo Stern’s gym in San Diego, California and a lifelong friendship was born. Pearl made great gains in Stern’s gym winning local competitions in 1952. But 1953 was his first big year winning Mr America and the NABBA Amateur Mr. Universe titles. ’53 was the year the legend was born.

Pearl won his first professional NABBA Mr. Universe in 1956 and won it again 1961, 1967, 1971. In 1974 he was named “World’s Best-Built Man of the Century“, and since then has been entered into numerous hall-of-fames and gained many life time achievement awards.

His switch to vegetarianism in 1969 has been the talk of many bodybuilding articles. Pearl is a lacto-ovo vegetarian, allowing the consumption of milk and eggs, a practice he has maintained to this day.

He has also been the successful owner of a number of gym and health food businesses, a successful author, trained Apollo astronauts, coached top bodybuilding stars one such individual was Mr. Olympia, Chris Dickerson.

In 2004, Pearl was awarded the Arnold Schwarzenegger Classic Lifetime Achievement Award for significantly impacting the world of bodybuilding.

In 2011 Pearl appeared in the documentary Challenging Impossibility (film) describing when he hosted the 2004 strength exhibition by spiritual teacher and peace advocate Sri Chinmoy. The film was an Official Selection of the 2011 Tribeca Film Festival.