The largest prize purse in strongman is at stake in this invitational, where 10 elite strongmen will compete for the top spot. 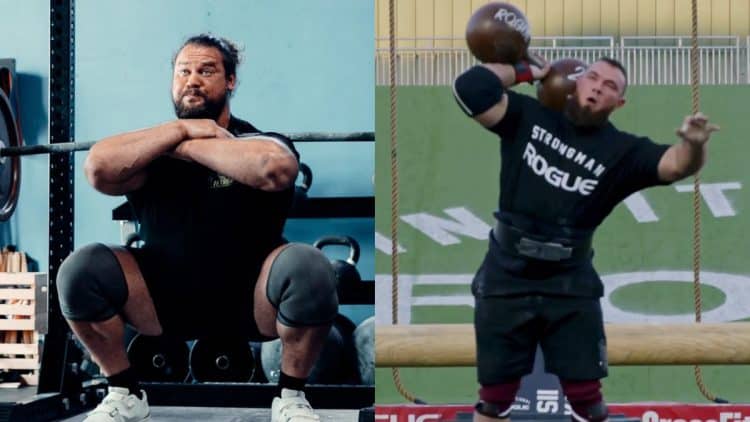 The 2022 Rogue Invitational Strongman contest is set to take place on Oct. 28-30 at the Dell Diamond Stadium in Austin, Texas. It will host ten of the most prolific strongmen who will compete for the largest payout in the sport. Some notable names are missing from the roster, so this opens a chance for a few less experienced athletes.

This year’s edition will see the 2019 World’s Strongest Man (WSM) champion Martins Licis return to defend his throne. He is leaving no stone unturned in retaining the top spot, having recently performed a massive 1,003-pound block deadlift for four reps while training for the show.

Along with him, Oleksii Novikov, will be back to action after nearly missing out on the prize last year. There are some major figures who will not be making an appearance at the show. Two-time and reigning WSM champion Tom Stoltman, who was a runner-up last year, will not be in attendance at the event. He declined the invite with his brother Luke and also decided to withdraw from the 2022 Giants Live World Tour Finals to clear out their schedules for the rest of the year.

The 2022 Rogue Invitational winner will bag the historic prize money of $200,000, the highest in its history. It will have six events, evenly split over the two days. In a post made on Instagram, the list of events was announced for the show.

Athletes will lift four dumbbells overhead that weigh 253, 274, 280, and 285 pounds. With the two-and-a-half-minute time limit, the participant who does it the quickest will get declared the winner. In addition, the task on the final dumbell will be to perform as many reps as possible before the time runs out.

In September, four-time WSM Brian Shaw announced that he turned down the invite after enduring a tough season. He suffered the loss of a family member right before the 2022 World’s Strongest Man, but still managed to get a fourth-place finish. The opening of his new warehouse gym and the 2022 Shaw Classic had occupied him as well. Considering all the obligations he had, Shaw decided to pass on the show and take the remainder of the year to recover

While everyone is looking at Licis and Novikov for the 2022 Rogue Invitational, one man has been on a mission to conquer everything in the past few months. That is the Canadian representative, Mitchell Hooper. Mitchell recently won the 2022 Arnold Strongman Classic UK and the 2022 Giants Live World Tour Finals. This is even more impressive considering that he started competing professionally just over four months ago. So, Hooper could emerge victorious from the shadows.

Evan Singleton had to pull out of the 2022 Rogue Invitational after he tore his distal bicep tendon in preparation for the show. Singleton needed to undergo surgery to get his tendon reattached as it had separated completely from the bone.

Eythór Ingólfsson Melsted got picked up to replace Singleton and take his spot at the Invitational. He is an accomplished strongman hailing from Iceland who was the 2020 and 2021 Strongest Man in the country. He recently finished ninth at one of his three World’s Strongest Man appearances.

Former World’s Strongest Man Hafthor Björnsson will be making a partial return to Strongman at the Invitational after hanging up his gloves. He will attempt to break the Weight Over Bar World Record, which he set in 2019 at the Arnold Strongman Classic.