Bumstead shared a jacked update in the heat of contest prep, and Walker also gave a progress photo eight weeks from 2022 Mr. Olympia. 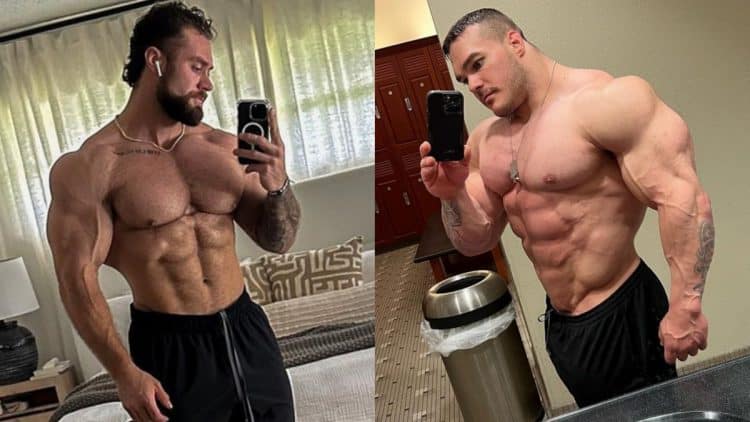 Canadian IFBB Pro bodybuilder Chris Bumstead is gearing up to create history at the upcoming 2022 Olympia with hopes of winning a fourth Classic Physique title. The show will also mark the return of Nick Walker to competition for the first time this year. In recent posts made on Instagram, Bumstead and Walker shared lean physique updates eight weeks out from the 2022 Olympia.

Chris had hinted at a move to the Men’s Open division, although, he later admitted the move would be too dangerous. He regularly collaborates with fellow athletes. Despite their competitive rivalry onstage, he joined forces with Urs Kalecinski for an intense arms and shoulders workout. Kalecinski and his camp made their way to Bumstead’s residence for a pre-workout meal before joining his fellow competitor for a training session.

This year’s Olympia season is one of the most exciting, with veterans and rising prospects turning up the heat in preparation for the show. Open class standout Nick Walker is set to make his second appearance at Olympia after placing fifth last year. He recently smoked a massive deadlift for a total of 10 reps in what was his second time deadlifting in almost a year.

Walker wants to win as many Arnolds and Olympias as he can. He acknowledged the higher level of intensity in the competition this year, stating that no one’s ‘placing from last year is safe.’ “The Mutant” believes this will be the Olympia of all Olympias and plans to be ‘remembered forever’ with an epic performance.

Walker is pushing the limits of his strength. He gave a look into his exhaustive chest and arms training session in preparation for the show recently. While he looks lean already, ’The Mutant’ will be cutting down on carbohydrates and fats to get even more ripped for 2022 Olympia.

In a recent post uploaded to his Instagram account, Bumstead shared a physique update ahead of the show. He looks absolutely shredded as his contest prep intensifies.

Recently, Chris Bumstead revealed that he will no longer be trained by Iain Valliere. He powered through a brutal quad-focused leg workout before the two sat down to break the news. Bumstead admitted he felt his upper quads were relatively weaker and wanted to get them dialed in.

It’s evident Walker and Bumstead are ramping things up. With the biggest contest of the year rapidly approaching, bodybuilders Nick Walker and Chris Bumstead continue to make strides week by week.