The official date and location of Masters Olympia 2023 have been confirmed, and it is expected that all 10 bodybuilding divisions will compete there. 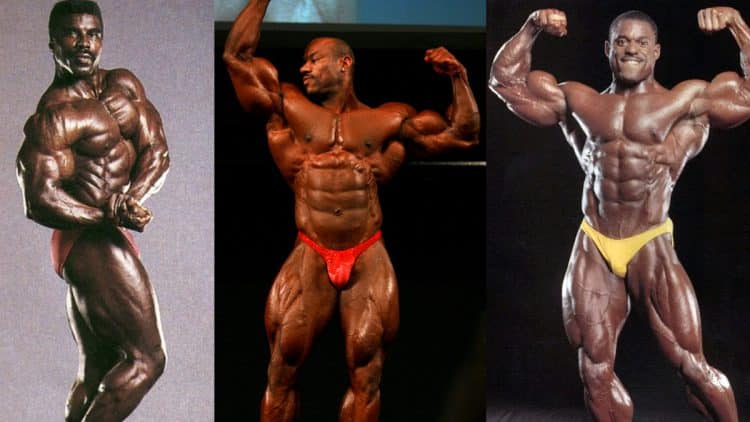 The time and place have finally been determined! Following Jake Wood’s confirmation that Masters Olympia would return in 2023, the Olympia Instagram account announced the details of the much-anticipated return.

The Masters Olympia is a competition that gives yesteryear bodybuilders an opportunity to compete against each other. It has been dormant since 2012 and the intrigue around its return reached all-time high after Wood’s announcement earlier this year. As per the post shared on the official Olympia Instagram account, the event will be held from August 25-27 at the BT Arena în Cluj Napoca, Romania. See the post below, courtesy of @mrolympiallc Instagram account.

“MASTER OLYMPIA RETURNS! After an absence of 11 years, Masters Olympia returns to competitors and fans alike, with an upgrade: the 2023 edition will offer the chance to fight for the best master competitor title in the world in all 10 divisions of the IFBB Pro League! Date: August 25-27, 2023,” Caption to the post read.

The Masters Olympia was created by former Olympia president Joe Weider in 1994 to accommodate the older bodybuilders in the competitive sphere. The competition took place from 1994 to 2003 and then in 2012. Vince Taylor holds the record for the most Masters Olympia wins. He has a total of six victories under his belt from 1996 to 2001. Dexter Jackson was crowned the last winner of the competition before it went dormant for well over a decade.

Criteria for participating in the 2023 Masters Olympia

Jake Wood became the Olympia president in 2020. Since then, he has made a lot of changes to the sport to ensure the safety of athletes. During an interview with Dennis James in February, Wood announced that Masters Olympia will return. However, he admitted that they were still ironing out the finer details of it. But with this latest announcement, there is good enough reason to be excited about the competition.

Apart from the return date, Olympia also announced the criteria for participating in the competition. The post also stated that the competition will take place in all ten divisions of the IFBB Pro League.

Participants can send the applications with athlete background, competitive history, including the last show the athlete took part in, and social media accounts. Video Application (no longer than 1 minute) and pictures of the athletes’ actual shape will be optional.

Participants will have to send the application before April 10, 2023. Olympia will publish the list of invitations on April 24, 2023. Jay Cutler, Kevin Levrone, Lee Priest, and 2012 Masters Olympia winner Dexter Jackson are some of the yesteryear bodybuilders that have maintained excellent physiques post-retirement and can make up for excellent addition to the Masters’ roster. Let’s wait till April 23 to see the invitees.