2023 Olympia will take place in Orlando, Florida in the first week of November according to Dan Solomon 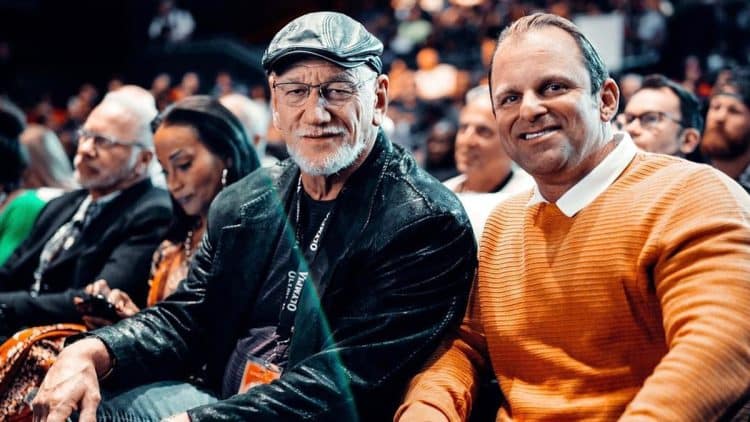 Olympia president Dan Solomon recently revealed that the 2023 Olympia will take place in Orlando, Florida in the first week of November 2023. However, he did not reveal the exact dates for the show but assuming the competition takes place in the first week, Nov. 2-5 seem to be the likely dates. Dan Solomon released the information during a post-Olympia seminar on Dec. 18, 2022.

The SuperBowl of bodybuilding had to move its venue to Orlando, Florida for the 2020 and 2021 editions due to the Coronavirus pandemic as travel restrictions affected many areas of Nevada state, making it difficult to host the show there. It returned to Las Vegas for the recently concluded 2022 Olympia weekend that saw bodybuilders in 11 divisions compete for the most prestigious trophy in professional bodybuilding.

The Men’s Open division at the 2022 Mr. Olympia boasted the most difficult line-up in recent memory. All the competitors pushed reigning Mr. Olympia Mamdouh ‘Big Ramy’ Elssbiay throughout the pre-judging and the finals. In the end, Iran’s own Hadi Choopan dethroned Big Ramy and wore the 2022 Mr. Olympia crown. Chris Bumstead dominated his way to the fourth consecutive Classic Physique Olympia win and handily dealt with young contenders like runner-up Ramon Rocha Queiroz and Urs Kalecinski. Following champion Derek Lunsford’s move up to the Open division, former kings Shaun Clarida and Kamal Elgargni were the frontrunners for the 212 Olympia title. Clarida was announced as the 2-time champion of the division. On the women’s side, Andrea Shaw and Cydney Gillon continued to exercise their dominance over their divisions and emerged victorious as Ms. Olympia and Figure Olympia champions, respectively.

More details about the schedule of 2023 Olympia are yet to emerge. However, it is safe to assume that Orlando is where the Sandow trophy is headed for its 59th edition.

The year 2023 will be a special year for bodybuilding fans

As per an Instagram post shared by Mr.Olympia LLC Instagram account, the event will take place from August 25-27 in Romania. Bodybuilders like Lee Priest, Kevin Levrone, Jay Cutler, and Dexter Jackson have maintained excellent physiques post-retirement. The return of Masters Olympia can give fans an opportunity to see the legends on stage once again.

On both occasions that Olympia went to this beautiful sun-drenched state of Florida, Mamdouh ‘Big Ramy’ Elssbiay emerged victoriously. Following his loss to Hadi Choopan at the 2022 Olympia, Big Ramy has promised to come back stronger. If Florida is indeed a lucky charm for Ramy, he might be able to get his Mr. Olympia title back in November and get back to the top of the heap.