The 2023 Masters Olympia is rumored for Bucharest, Romania in either August or October, with the Men's Open age limit expected to be 45+. 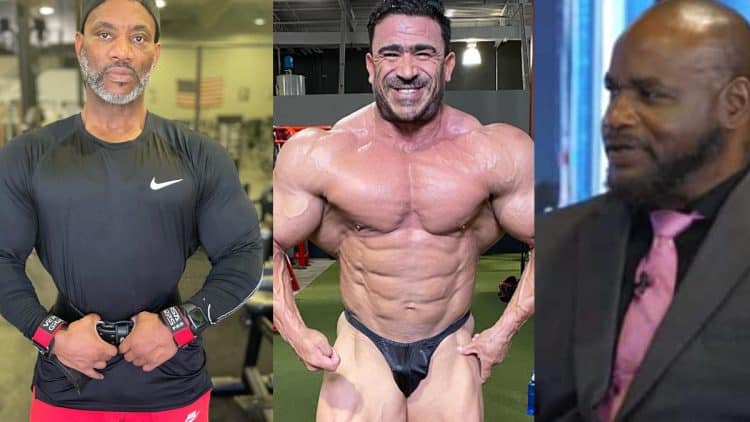 Bodybuilding veteran Chris Cormier has an eye for talent despite stepping away from the sport in 2007. After hearing that Masters Olympia will likely return next year, Chris Cormier discussed the potential Men’s Open lineup.

According to Terrick El Guindy, an IFBB Pro/NPC judge, the 2023 Masters Olympia contest is expected to take place in Bucharest, Romania in either August or October of next year. Olympia President Jake Wood confirmed earlier this year that the marquee bodybuilding show is ‘definitely’ returning in 2023.

The last Masters Olympia show saw Dexter “The Blade” Jackson emerge victorious in 2012. En route to the major victory, he defeated Toney Freeman in second, and third-place finisher Dennis James, who has also stepped away from competing professionally.

In addition to Masters Olympia rumors for next year, it seems more and more retired bodybuilders are teasing a potential return to the sport. Many believe Dexter Jackson would be a viable threat to the title, seeing as he won the show last time out.

And while fans were excited to see four-time Mr. Olympia Jay Cutler make a Masters comeback at 49, those hopes vanished after he shared that he will not make a bodybuilding return.  Instead, he plans to transform his physique for a ‘fit for 50’ challenge. Nevertheless, with Masters Olympia likely to return in a year, Chris Cormier discussed who might find themselves contending for the Men’s Open title.

IFBB judge Terrick El Guindy started off the video with a rumor that the 2023 Masters Olympia is slated for Bucharest, Romania in either August or October of next year.

“It [Masters Olympia] will happen in 2023 — Bucharest, Romania either in August or October. So, it’s yet to confirm, but I got to tell you, I’ve been to Romania twice — and it’s one of the best places in Europe to promote a bodybuilding show,” Terrick El Guindy shared.

Should Masters Olympia return, Cormier believes former 212 Olympia winner Kamal Elgargni to be a legitimate threat to the title.

“Kamal [Elgargni] has to be one of the best conditioned and youngest muscle looking guy with his mature muscle all in one at this time in the world right now,” Chris Cormier stated. “Yes, I got a chance to see him close up and doing some posing at the gym out there in Florida.

I’m telling you man, he was definitely impressive. I was looking for him to possibly win that title at the Tampa Pro. Just close up, I told him, I walked up to him and said, ‘that’s bodybuilding, that’s bodybuilding,'” Cormier said.

Cormier wouldn’t count out Dexter Jackson reclaiming his crown. However, he believes Jackson may struggle to bulk up due to the volume of food required to be a top-tier Open class competitor.

“Dexter [Jackson] is extremely active for a guy in retirement. He kind of just took a week off and continued to train. I don’t know about the flavor of food he might choose to get back up there because I know he was having a tough time getting down fish towards the end there but maybe he could come back with all the shakes or something.”

Before ending the discussion, Cormier mentioned that he would love to see retired 212 Olympia kingpin Flex Lewis back on stage. He added that Dennis James could return, but only if he can bring up his legs.

“Yes. I would say that would be incredible to see Flex to be back up there, Flex Lewis of course. Dennis James — I would have to help him with those legs I think, get those legs stimulated, I think. He knows that we talk about that all the time. But yeah, I think it would be an incredible story and exciting for fans,” explained Cormier.

The last time Cormier was on the podcast, he discussed the Men’s Open landscape for 2022 Mr. Olympia. In particular, he gave his thoughts on newcomer Andrew Jacked and how he would fare in his first Olympia appearance. For this year, Cormier predicts Andrew will finish in the top ten at the prestigious event.

All signs point to a 2023 Masters Olympia return for next fall in Romania. Chris Cormier likes Kamal Elgargni’s chances given his consistent nature and muscle maturity.