Blackstone Labs is fighting hard to defend its company practices.

Shortly After PJ Braun and Aaron Singerman were charged with unlawful activity involving the sales of potentially interlaced supplements and distribution of class III anabolic substances; Blackstone Labs CEO PJ Braun responds with a rebuttal statement to negate the claims against his company which he describes as false and inaccurate”.

This is the official statement from Blackstone Labs:

“Blackstone Labs responds to the Government’s false and inaccurate charges against it and several Team Blackstone members by assuring all its worldwide customers it intends to vigorously defend the right of health conscious strength athletes, bodybuilders, and wellness professionals to access and use nutritional supplements that assist in muscle development and body tone. The indictment does not challenge any of Blackstone Labs’ current product formulations. At all times, Blackstone has worked diligently to identify nutritional supplements that are wholesome, beneficial, and safe for the body, and it has promoted only products that fully comply with the law and prevailing practices. Blackstone Labs remains open for business.

It is Blackstone’s belief that the government is overreaching in this case because of its ongoing, wrong-headed attack on strength and bodybuilding athletes and the nutritional supplement industry. These false charges are no different from the allegations brought against the dietary ingredient Picamilon, a compound made from the naturally occurring dietary ingredients niacin and gamma-aminobutyric acid.

Totally ignored by the Government in its assault on the supplement industry is the clear directive of the Food & Drug Act definition of a “dietary supplement” as a product (besides tobacco) that is “intended to supplement the diet” and that contains one or more of the following “dietary ingredients”: (A) a vitamin; (B) a mineral; (C) an herb or other botanical; (D) an amino acid; (E) a dietary substance for use by man to supplement the diet by increasing the total dietary intake; or (F) a concentrate, metabolite, constituent, extract, or combination of any ingredient described in clause (A), (B), (C), (D), or (E). Picamilon is clearly a dietary supplement and not illegal as it is a product combining a vitamin (niacin) and an amino acid (gamma-aminobutyric acid). Prominent health scientists have confirmed this fact”.

Now, this isn’t the first rodeo for Blackstone Labs as they sued the government in October 2018 for seizing legal supplements in which BSL charged retaliated with the charging of abuse of power to take away their first amendment to sell legal dietary supplements.

Blackstone Labs is not going down without a fight this time either and PJ Braun will do everything he can to defend and protect his company practices.

“The government intends to destroy the weight lifting industry by making it hard for lifters to use legal nutritional supplements. That will not happen,” said PJ Braun.

“We intend to prevail” against the federal government in our righteous defense of the industry”. 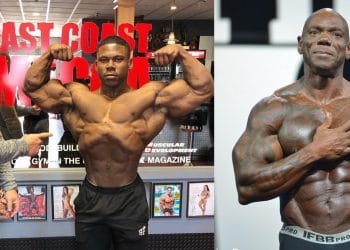 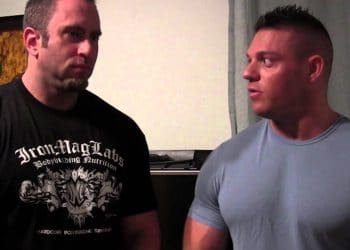 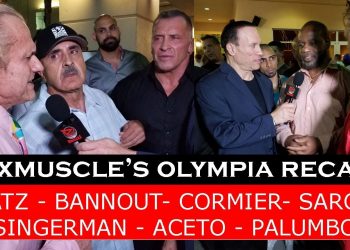 Watch The Reaction of Bodybuilding Legends On Shawn Rhoden’s Victory 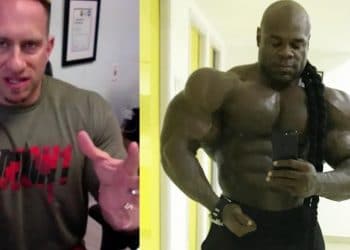