Looking for revenge after losing his Mr. Olympia title, Mamdouh 'Big Ramy' Elssbiay has thrown his name in the mix at the upcoming 2023 Arnold Classic. 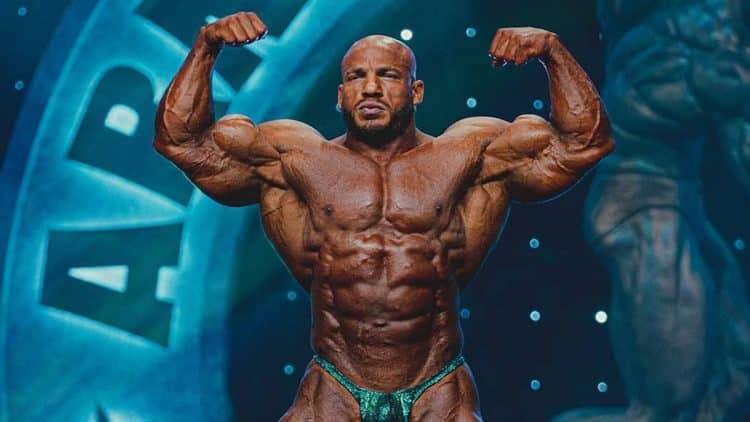 Mamdouh ‘Big Ramy’ Elssbiay has decided to enter the 2023 Arnold Classic, which is set to take place from March 2-5 in Columbus, Ohio. The news was first made public by the Arnold Sports Festival Instagram page.

When the 2023 Arnold Classic lineup was announced a few weeks ago, many fans, and even Jay Cutler took issue with the sparse lineup. In the end, the Arnold Sports organizers opted to increase the Men’s Open winner prize money to $300,000, just $100,000 less than what the Mr. Olympia contest awards its Open class champ.

As a result of the prize money increase, Nick Walker, Andrew Jacked and Patrick Moore, entered the show. There was speculation about Derek Lunsford making an appearance, but he and his coach have yet to speak on the subject.

In addition to those mentioned above, 212 standouts Kamal Elgargni and Shaun Clarida will compete in Ohio in less than six weeks. Samson Dauda, William Bonac, and Justin Rodriguez are also on the roster. Even though many fans thought Big Ramy might take time off to make improvements, it appears the former champion is out for redemption.

In a post shared by the Arnold Sports Instagram on January 20, 2023, Big Ramy was announced as a new addition to the 2023 Arnold Classic roster.

“❄️ WINTER IN COLUMBUS JUST GOT A LOT COLDER ❄️

We are thrilled to announce that 2X Mr. Olympia @big_ramy will be joining the competitor lineup for the 2023 Arnold Classic!

Making his first on-stage appearance in Columbus since 2020, Ramy will be looking to re-establish his position as the most dominant competitor in the world of bodybuilding!

Follow the link in our bio or visit ww.arnoldsports.com to get your VIP Packages, advanced tickets, or to purchase the PPV TODAY!” AC Sports wrote.

Elssbiay will aim to capture his first Arnold Classic title in less than two months. Last December, the Men’s Open division underwent a major shuffle at 2022 Olympia. Ultimately, Big Ramy dropped down to fifth place, despite much of his team suggesting he would be at his best ever in Las Vegas.

The bodybuilding community was quick to discuss the former two-time champ falling to fifth. Steve Weinberger, the head judge who rendered the results for 2022 Olympia, later mentioned Ramy came into the show looking off.

He added that Elssbiay was missing a few body parts like his lower back and insisted that this wasn’t ‘the Ramy we all know.’ Instead, Hadi Choopan took his title, meanwhile, former 212 Olympia Derek Lunsford finished runner-up, with Nick Walker rounding out the top three.

RELATED: Samson Dauda Opens Up on Big Ramy Showdown at 2022 Olympia: ‘The Pressure Was Overwhelming’

This will be Big Ramy’s first appearance at an Arnold Classic event since 2020, when he earned third place, respectively. In March, Ramy will have the opportunity to redeem himself after a historic drop to fifth place at his last Olympia contest.