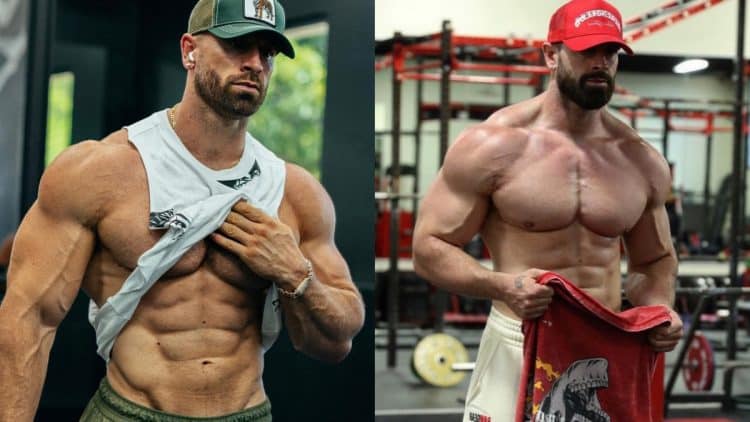 Social media influencer Bradley Martyn boasts one of the biggest platforms of any in the fitness space with over 4.2 million followers on Instagram and more than 3 million on YouTube. He found his passion for bodybuilding at a young age and turned heads in his debut, becoming champion at the 2011 NPC Southern California Championships.

He developed a reputation for performing entertaining gym stunts. Legendary bodybuilder Ronnie Coleman, an eight-time Mr. Olympia winner, weighed in on some of Martyn’s craziest lifts. Coleman described one of Martyn’s stunts (deadlifting 375 pounds on a hoverboard) as the most impressive thing he had seen.

In another video, Martyn donned the dress and body paint of Kratos from the PlayStation gaming series, God of War (the same cosplay worn by James Hollingshead). Bradley channeled his inner warrior to perform a huge 675-pound deadlift for one rep.

After, he proceeded to do chest presses with a dumbbell in one hand and a young female in the other. Coleman was left stunned by the unorthodox nature of Martyn’s lifts, including Martyn bench pressing weight in the middle of a busy highway.

Martyn joined forces with Joseph Baena, son of bodybuilding icon and seven-time Mr. Olympia champion Arnold Schwarzenegger a few months ago. The pair bonded over their love for fitness and addiction to the gym while powering through an intense workout session.

One user replied, “How’d you stop.”

“Everytime I almost did it, I didn’t,” he responded.