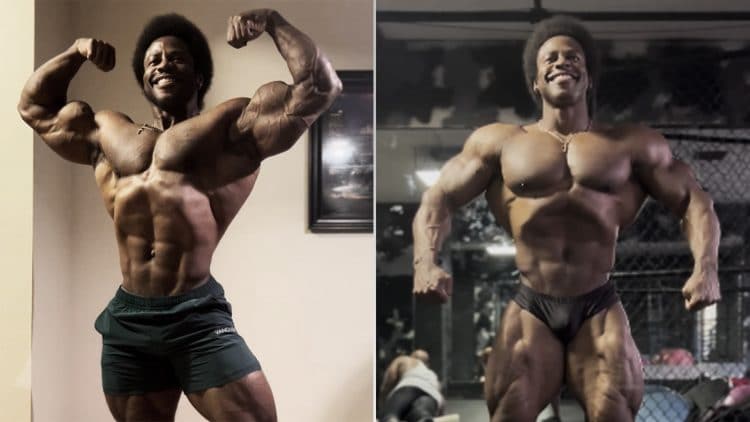 IFBB pro bodybuilder and Classic Physique competitor Breon Ansley shared a physique update five weeks removed from the 2022 Arnold Classic. Ansley last competed at the Arnold Classic in 2018 and won the gold in the Classic Physique division. The year 2022 will mark his return to the second-most prestigious professional bodybuilding competition after a three-year absence.

Thank you @thegymsd always for your hospitality,” Breon Ansley wrote in the caption to his post.

The iconic Arnold Classic will take place from March 3rd to 6th in Columbus, Ohio. It will be a part of the Arnold Sports Festival and the first major professional bodybuilding show of the year. Bodybuilders competing at the competition will attempt to secure a win and get the momentum going for the rest of the year.

Breon Ansley is working hard to capture gold at the 2022 Arnold Classic. One of those options was training at the much-criticized Oxygen Gym in Kuwait. The gym is owned by Bader Budai who sponsors some notable professional bodybuilders. However, the gym itself is known for pushing its athletes to the extreme.

However, Breon Ansley seems to have enjoyed his time at training at the Oxygen Gym and he shared his experience training there back in December and praised the gym and its owner.

“I would say my experience, my personal experience was incredible. I had the utmost support from Bader, I had Chris out there. You know, all of the guys that trained in the gym, all of the competitors and just regular gym-goers, they were all great and all supportive. Yeah, everything was great. Everything was absolutely wonderful.”

Heading into the 2022 Arnold Classic, Breon Ansley will have to face stiff competition from 2021 Olympia runner-up Terrence Ruffin and surging Brazilian Ramon Rocha Queiroz AKA Ramon Dino. However, looking at his physique, it seems likely that there will be a fierce battle for the top spot.

Breon Ansley is an American professional bodybuilder competing in the Classic Physique division. Ansley is the former two-time Olympia Classic Physique winner. He secured gold at Olympia in 2017 and 2018. Apart from these wins, Ansley has finished in the top five in every single one of his Olympia appearances. He made his Olympia debut with a fourth-place finish at the 2016 Olympia. The 42-year-old was a runner-up in 2019 and finished third in 2020 and 2021. In addition to that, Breon Ansley is also a 2017 New York Pro and 2018 Arnold Classic winner.