Ansley has packed on a significant amount of muscle mass and could return to 212 division. 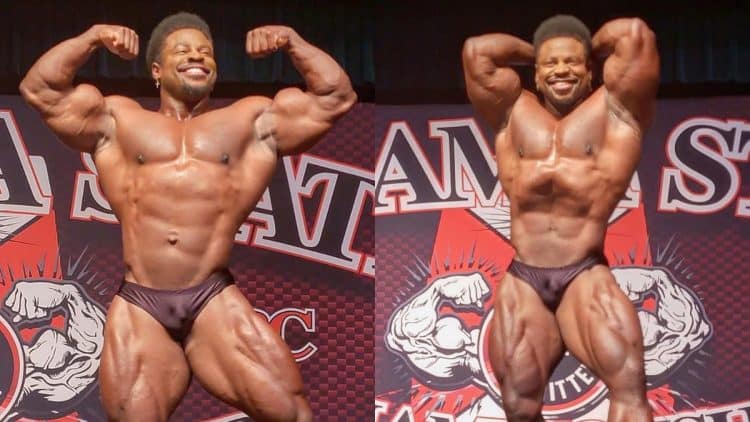 Bodybuilder Breon Ansley made a name for himself through his greatly conditioned physique. The Men’s Classic Physique competitor has been rumored to be moving up to the 212 division. In a recent post made on Instagram, Ansley shared a physique update looking huge, indicating the reports could be true.

Breon Ansley first made headlines after winning his first Olympia title in the Classic Physique division in 2017. His detailed muscle separation and conditioning made him stand out from the competition and he displayed one of the leanest backs ever in the sport. Taking home the Olympia prize again the following year, Ansley defeated Chris Bumstead, who has since become a Classic Physique Olympia champion.

He had plans to participate in the 2022 Tampa Pro but could not do so after being sidelined by an illness. Last month, Ansley talked about possibly taking his talents to the upcoming 2022 Dubai Bodybuilding contest in October before the marquee event of Olympia in December. Breon gave an insight into his training methods, where he showed the ‘uncomfortable’ methods he used to train his chest in prep.

As one of the greatest Classic Physique competitors, Ansley regularly shares workouts with his 951k followers on Instagram. Although he could not compete at Tampa Pro, he shared an intense high-volume back workout and also guided the viewers through the exercises to train with proper form.

Breon Ansley looks massive in recent guest posing, is a move to 212 imminent?

In a recent post made on Instagram, Ansley is looking bigger than ever during a guest posing routine at NPC AL State Championships. He had previously expressed a desire to move up to the 212 division. In light of the recent update, Ansley appears to have added a significant amount of weight, and it is possible that he may return to 212 division.

Thank you JT & Patricia @patricialockhartesq for having me come out and represent; you guys are amazing strong people that I learn a lot from!! Also a special thank you to Morris and family for Puting on a great energetic show for all of us!!

In April, Breon Ansley shared a mass-building high-volume leg workout that he utilized in preparations for the Tampa Pro. He continues to make big strides in the gym, improving with a relentless work ethic.

If his recent guest appearance is any indication, Ansley will likely make a move to the 212 division and will be a serious threat to the competition.