Ansley believes that 2022 Classic Physique Olympia will be ‘the most competitive’ in the division’s history. 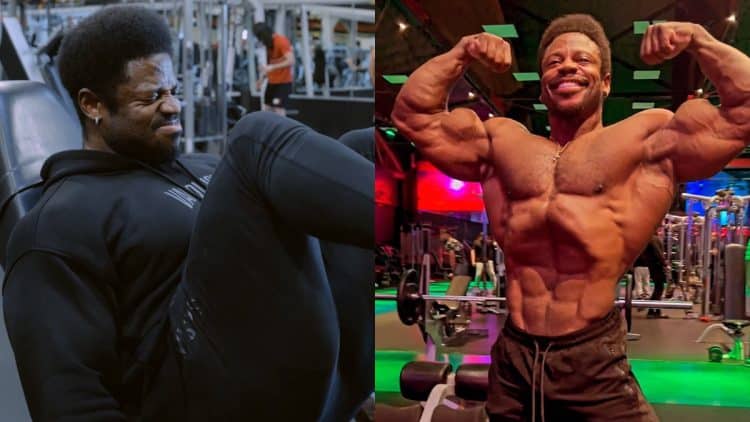 Former champion Breon Ansley is training with furious intensity to reclaim his top spot this year. Ansley is a former two-time Classic Physique Olympia champion and won the title at the 2017 and 2018 Olympia. Ansley is renowned for his excellent conditioning and strong back, and remains one of the most competitive competitors in the IFBB Pro League. Even after getting dethroned by Chris Bumstead at the 2019 Olympia, Ansley has maintained his place among the top contenders of the division and finished third at the 2021 Olympia. The California native last competed at the 2022 Arnold Classic where he finished fourth behind winner Terrence Ruffin, runner-up Ramon Rocha Queiroz and Urs Kalecinski.

Although Ansley has looked huge in some of his physique updates and expressed the desire to compete in the 212 division, he will call the Classic Physique division his home this year. Ansley is training hard to reclaim the divisional title from Bumstead. He plans to bring ‘a whole different look’ and the ‘biggest biceps and triceps’ to achieve the goal. Recently, he tackled an intense leg workout with high energy to get closer to the target. The video of this session was posted on Ansley’s personal YouTube channel. Now let’s see how Ansley trained his legs.

Breon Ansley tackles a leg workout in his 2022 Olympia prep

Breon Ansley started the training session with this hamstring isolation movement and cranked out a few good sets of this exercise unilaterally. Leg curls are an effective way to warm up the knee joints without putting a lot of stress on them. Knees are crucial in performing most lower body movements. As a result, all variations of leg curls make for an excellent starting exercise. Ansley performed this exercise unilaterally to focus on the movement.

After working the hamstrings in the first exercise, the former champ performed this quad-focused compound movement. He did the first few sets unilaterally and used the free leg to brace the platform during later sets. While explaining the reason for doing this, Ansley stated:

“Sometimes I’ve got to brace myself with the other leg just to take the pressure off the single leg a little bit and kind of brace myself according to the negative and the positive where I want the load to be. So I take less pressure off when I want to push or don’t apply as much pressure when I come back on the negative. That way, save the joints a little bit and mix and match with the heavier weight on the unilateral stuff. So it’s a little trick.”

“If you guys can handle all the load on the contraction and eccentric, by all means – rock out! But if you want to load up the weight a little bit…”

It doesn’t matter if you call this exercise a Bulgarian split squat or rear foot elevated split squats (RFESS). What matters is that it is one of the best lower body compound movements you can incorporate in your training routine. This exercise works the quadriceps, hamstrings, glutes, hip abductor as well as hip adductor muscles in the lower body. Ansley pushed through a few sets of Bulgarian split squats with furious intensity and jumped into the next exercise.

Romanian deadlifts are performed with slight knee flexion to focus more on the posterior chain muscles unlike the traditional barbell deadlifts. As a result, they are a closer variation to the stiff legged deadlifts. This compound exercise puts more emphasis on the hamstrings. Ansley moved the weights for a few sets with furious intensity and took to an isolation exercise next.

The former Classic Physique Olympia champion worked the hamstrings further with this isolation movement and got a few solid sets under his belt.

Breon Ansley believes the 2019 Olympia Classic Physique line-up was the most competitive in the division’s history and feels that this year’s line-up is going to be as good if not better. He said:

Although there is always an element of surprise, the top five at the 2022 Olympia could look very much similar to the previous year. Breon Ansley is one of the most experienced competitors in the Classic Physique division. While younger contenders like Terrence Ruffin, Ramon Rocha Queiroz, and Urs Kalecinski are as tough to beat as Chris Bumstead, Ansley has the necessary tools to turn the clock back and wear the Classic Physique crown once again. Whether he will do it or not, we will find out when the results are announced in two weeks.