Aceto recently gave his thoughts on a Nick Walker vs Mamdouh 'Big Ramy' Elssbiay battle: 'he could win, but I don't think he can dominate the show.' 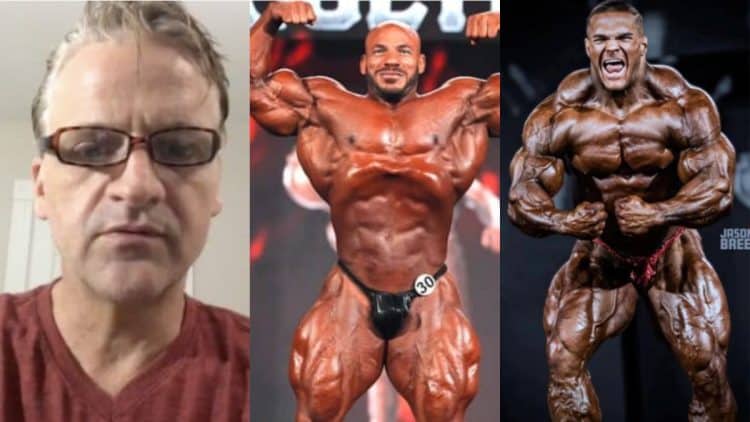 Bodybuilding coach Chris Aceto joined Dave Palumbo to shed some light on Mamdouh ‘Big Ramy’ Elssbiay ahead of the 2023 Arnold Classic. During a recent podcast, Aceto discussed the possibility of Elssbiay winning the show and how he’d fare in another battle against Nick Walker.

Given his fall from the top, veterans and bodybuilding figureheads were quick to open up about Ramy’s performance. According to his close friend and training partner Dennis James, Ramy was on track for success a week before the event. However, he later mentioned that Ramy looked flat during prejudging.

Fans are still unsure what exactly went wrong for the former two-time Mr. Olympia. Days after losing in Las Vegas, Ramy took part in an interview and promised he would return better than ever. IFBB head judge Steve Weinberger also gave his take on the surprising outcome. He believes Ramy was dealing with injuries and was missing a few body parts, most notably his lower back.

Last week, the Egyptian native announced his entry into the upcoming 2023 Arnold Classic, scheduled for March 2-5, in Columbus, Ohio. The show’s lineup has grown since the organizers revealed the Men’s Open prize money for the winner jumped to $300,000.

In addition to Ramy, Nick Walker, Patrick Moore, and Andrew Jacked have jumped in as well. Despite his fifth-place showing at 2022 Olympia, bodybuilding coach Chris Aceto believes Ramy has the tools to win his first Arnold Classic title in less than six weeks.

Chris Aceto on Big Ramy vs. Nick Walker: “Ramy Can Do Well Under Pressure”

Chris Aceto believes Ramy could win the 2023 Arnold Classic, but not with the package he brought to 2022 Mr. Olympia.

Having once trained Ramy, Aceto is confident the 38-year-old has the mental fortitude to make a successful comeback. Though, he specified that Ramy would likely struggle in a battle against ‘The Mutant.’

“I think mentally he could do it, physically can he do it? He’s going to be in a battle with Nick, and they both have attributes that you can argue that this guy is the winning look. I don’t want to forget other people. We can get to whoever else is in the show.”

“I think he’d struggle looking like that [against Nick Walker].”

Aceto doesn’t believe Ramy competing in March will negatively affect his progress for the next 2023 Mr. Olympia show in November.

“He’ll probably be okay because we know he can take the entire year off from training right. When he won the second Olympia, he was off the whole year. He had like marriage two and three,” Aceto explained.

Before ending the conversation, Aceto underlined how dangerous Nick Walker will be with another Arnold Classic victory on his résumé.

During a recent Olympia TV interview, Walker talked about a potential showdown against Ramy. In spite of Elssbiay’s two-year reign, Walker believes his time at the top is done. Looking ahead, Walker dubbed his teammate Shaun Clarida as his biggest threat as well as Andrew Jacked/Samson Dauda.
RELATED: Nick Walker’s Varicose Veins Look Significantly Diminished Six Weeks Out Of The 2023 Arnold Classic
While some expected Derek Lunsford to make a surprise appearance, the former 212 Olympia champ shot down the idea to focus on his health. Nevertheless, fans are thrilled to see Big Ramy taking on an Arnold Classic contest, something he hasn’t done since the year he won Olympia in 2020.