The three-time Classic Physique Olympia champion is pushing the pace during his off-season to leave no doubt when he stands on the stage at 2022 Mr. Olympia. 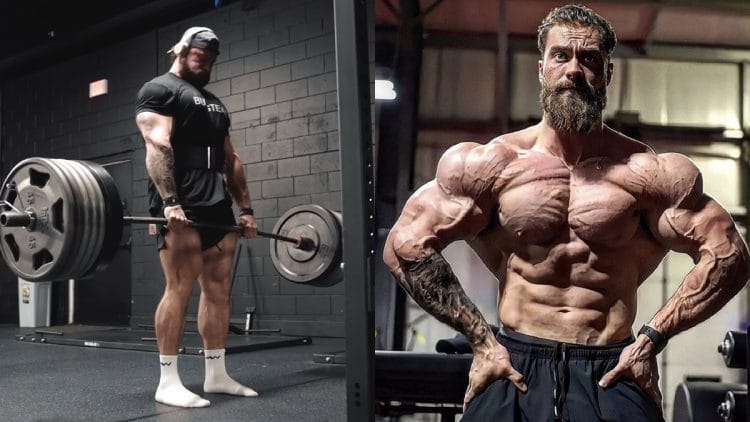 Classic Physique competitor Chris Bumstead is looking to separate himself from the rest of the pack when he graces the Mr. Olympia stage this Dec. In a recent Instagram video, Bumstead smoked a 585-pound deadlift for 6 reps.

When it comes to meticulous preparation, there are few athletes that can rival Chris Bumstead’s off-season efforts. During his time competing as an IFBB Pro, Bumstead has managed to win Mr. Olympia a total of three times (2019-2021). Sandow trophies don’t come easy, and Bumstead has worked diligently this off-season to address his diet and training in a comprehensive manner.

In preparation for Mr. Olympia this year, Bumstead revealed that he’s on a 5,000-calorie bulking diet. Maintaining an elite-level bodybuilding physique is tiresome work, and Bumstead understands that proper nutrition and training are cornerstones to his continued success. This stage in his prep has been especially important because he lost a considerable amount of weight while grappling with a Coronavirus diagnosis last year.

Bumstead balances size with an aesthetic physique. He showed as much while training alongside his brother-in-law, Iain Valliere. “C-Bum” and Valliere connected last week and underwent a grueling workout routine designed to build up the quads. Bumstead believes that training alongside a Men’s Open bodybuilder like Valliere will only assist him in the long run.

In a recent Instagram video, Bumstead gave fans a teaser of his overall strength after deadlifting 585-pounds for 6 reps.

“There’s something primitive about deadlifting that just feels right.
Both miserable and powerful at the same time, perfectly balanced as all things should be…” Chris Bumstead posted.

The dominance that Bumstead has shown throughout his career has ignited curiosity among fans. Many are curious how the three-time Classic Physique Olympia winner would fare if he made the transition into Men’s Open bodybuilding. Bumstead spoke with coach Hany Rambod at the 2022 Arnold Classic and expressed interest in possibly performing against bodybuilding’s freakiest division.

While he left the door open for a possible move, Bumstead hinted that if he were to try competing in Men’s Open, it would only be for ‘one time’ before he retires. The 27-year-old normally enters Classic Physique events at around 230-pounds but understands that training and food intake would have to increase if he seriously contemplated a move out of Classic.

For now, Bumstead is targeting his fourth straight Classic Physique Olympia title. Bumstead is maintaining a high work rate in the gym to ensure that he separates himself from the other athletes competing this year.