Three-time Classic Physique Mr. Olympia Bumstead acknowledges that bodybuilding is a 'potentially very dangerous sport' and believes people should be doing it as 'safely and effective as possible' 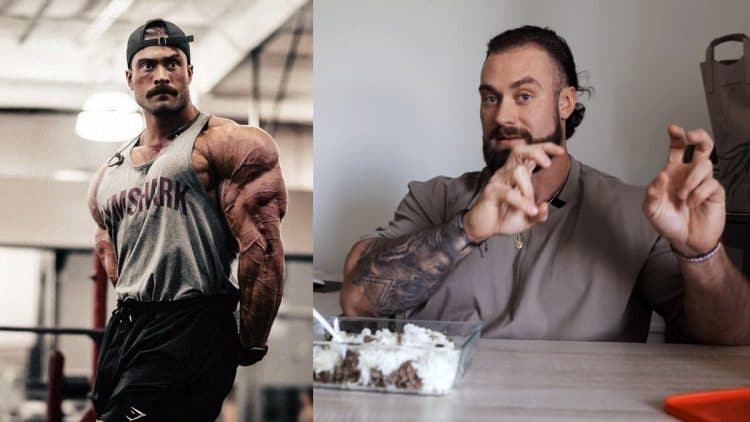 Classic Physique talent Chris Bumstead is gearing up to begin his preparations for 2022 Mr. Olympia. Before ramping up for his bodybuilding season, Bumstead says that a ‘very low dose’ cycle has helped him look much better, in addition to preserving his health.

Bumstead, a three-time Classic Physique Olympia champion, is widely regarded as one of the biggest stars in the sport. His blend of size and aesthetics make him incredibly hard to contend with on stage. The jaw-dropping packages he continues to bring to Olympia aren’t by coincidence, he meticulously plans his health, training, and overall preparation throughout each year he’s taken part in bodybuilding.

When it comes to dieting, “C-Bum” doesn’t cut corners. The credentialed Pro has described the 5,000-calorie bulking diet he takes during the off-season. Diets and supplementation have become increasingly important in the sport, as athletes continue to learn and develop new strategies to push their bodies to the limit. Of course, bodybuilders in the IFBB Pro League also use PEDs. The use/abuse of these compounds triggered many notable voices in the sport to address concerns related to them like infertility, health problems, and death.

Given his accolades, Bumstead has become an ambassador for the sport of bodybuilding. The Canadian native insists, especially in today’s climate, that athletes in this sport should focus on getting the most out of each compound they use. While Bumstead wouldn’t specify the exact PEDs in his cycle, the Classic Physique champ had a lot to say about the matter.

Chris Bumstead Proposes Lighter Cycles to Bodybuilders: “If you Don’t Have Your Health, you don’t Have Anything”

Before hitting a workout, Bumstead opened up about his steroid use. The active Pro indicated that his ‘supplements’ have been ‘very low’ this year but didn’t want to get into the specifics.

“My ‘supplements’ have been very low this year. I’m trying not to say specific words because I don’t like talking about it because people take stuff and run with it, and copy it, and I don’t want that to be the point of it.

But the point I would like to say is getting the most from the least is something all bodybuilders should be trying to do. I have had 14 months in between Olympias and a weight cap that I don’t have to make, so I’ve just been really focusing on my health.” Bumstead said.

The 27-year-old mentioned that he’s currently taking 200 migs of testosterone per week. Like the intensity of his off-season prep, Bumstead plans to take a heavier cycle once he knows his health is in good standing this year. Additionally, Bumstead clarified that once a year, he comes off his cycle completely.

Then, I’ve been doing a very low dose, 200 [migs] a week. Then, after that, I’ll go up to 500 maybe, and that’s going to be my peak off-season. With that, my body can easily get up to 265-pounds if I’m training and eating perfectly.” Bumstead shared.

Above all, Bumstead believes health should come before anything. If a bodybuilder is pushing gear but not training or dieting adequately, Bumstead says it’s a waste of time for the athlete in question.

“Again, this is the emphasis I want to put on a lot of things right now, number one: be healthy. Get blood work done and find a doctor that’s going to help you do stuff as properly and effective as you can so you’re not being stupid. Number two, as a bodybuilder, do the basics before anything. Make sure your training and eating is perfect before adding ‘supplements’ to the mix because it’s literally pointless. You don’t get the same out of that shit as you would from the training, and I’ve proven that to myself.”

While he used to run four or five different compounds at one time when he began in the sport, times have changed and Bumstead has proven to himself that more doesn’t always mean bigger and better muscles.

When I was young, I used to run a typical cycle that most bodybuilders would. Still very low amounts but a typical amount of compounds, four or five compounds throughout a prep. And now I’m down to one or two. I’ve decreased everything and look much better because I’ve been more efficient. Older now, more muscle maturity but I’ve also focused on all-year being on my diet, on my training, on my health, everything perfectly.

And it’s allowed me to hopefully extend my career much further that it should have been given the fact that I already have an autoimmune disease and the fact that each year I’ve gotten healthier with a health condition from 2018, is proof that it’s been working. I’ve also won three Olympias with minimal ‘supplements‘ compared to myself in the past and what I like to assume compared to most people that I’m against.”

Before wrapping up the important discussion, Bumstead pleaded to other bodybuilders in the sport, “if you want to use ‘supplements’ wait until the last possible minute.” Some of these compounds can cause irreversible health consequences. For “C-Bum”, the life-lasting negative effects of these drugs aren’t worth it, especially when bodybuilders push excessive amounts of gear and still don’t reach the top of the sport.

“I just want to really stress to anyone getting into bodybuilding focus on the basics, and the consistency of food and training before absolutely anything because that’s all that matter. If you want to use ‘supplements’, wait until the last possible minute if you even want to do it because it can have life-lasting negative effects to your fertility, to your sex, your libido, to your hormones, skin, acne, everything.

What are you doing it for? You’re going to win the Olympia? Probably not. Sorry. Only very few people, one a year, so you’re probably not going to. Just don’t fu*k your shit up. Don’t be an idiot. If you love training, then go after the other things like natural supplements.” Bumstead added.

“Bodybuilding is a potentially very dangerous sport and I think people should be doing it as safely and as effectively as possible. Bumstead explains. “If you don’t have your health, you don’t have anything.”

Following the monologue, the reigning Classic Physique champion got busy with a demanding hamstring workout and a little back training at the gym. From hamstring curls to Smith machine deficit Romanian deadlifts, Bumstead is attacking his off-season training in a comprehensive manner. He still has around six months before storming Las Vegas and judging by all of the updates via social media, his preparation is going accordingly.

Health is wealth to Bumstead, and the Pro plans to show how effective he can be against the world’s best while using a ramped down cycle. Whether it be diet, training, supplementation, or cycles, Bumstead applies what he learns and plans to bring his best package yet to the 2022 Olympia stage this winter.