The Olympia President gave a few hints as to which celebrities might attend and opened up on how he plans to make the live show more extravagant. 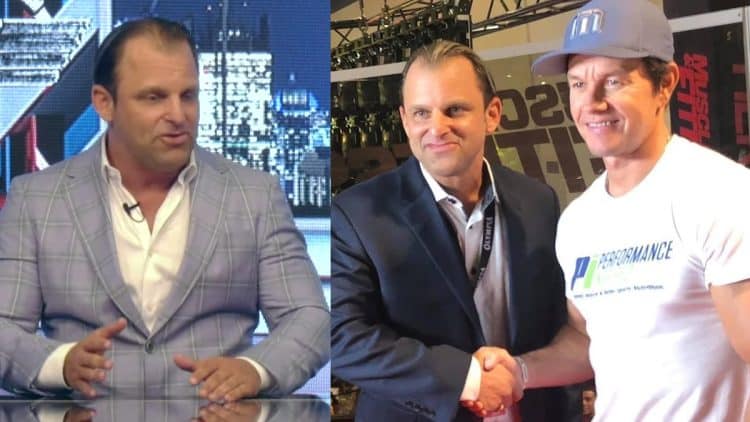 Olympia President Dan Solomon is getting pumped for this year’s Mr. Olympia contest, which takes place next month from December 15 – 18, in Las Vegas, NV. In a recent episode of Prime Time Muscle, Solomon discussed how he plans to make the show more exciting and which celebrities might be in attendance.

A number of bodybuilding veterans have echoed that this year’s Olympia is shaping up to be the most exciting bodybuilding event in years. Four-time winner Jay Cutler is among them. While Cutler believes the reigning two-time champ Mamdouh ‘Big Ramy’ Elssbiay is likely to win again, he underlined a few threats who could easily shake things up, like Brandon Curry and William Bonac.

During the off-season, fans last heard from Dan Solomon after he connected with Ramy over the phone. The defending champion told Solomon without a doubt that he will become a three-time Mr. Olympia. In Sept. the possible lineup for the show grew when reigning 212 Olympia winner Derek Lunsford received a special invite to compete in the Open. Given the possibilities for the contest, there’s palpable excitement amongst fans. As for Dan Solomon, he feels the same.

During the podcast, Solomon opened up about which celebrities might be in attendance for this year’s Olympia event. He also talked about the Olympia brand’s growth and the challenges of making the live show more interesting for fans and viewers.

Solomon foresees the Olympia brand growing in the coming years. He specified that companies outside of fitness are wanting to ‘come on board’ to promote their interests.

“The future of the industry is in a really good place because we’re starting to see movie studios [and] celebrities wanting to come on board that want to promote their projects. Mark Wahlberg has a movie coming out. He might want to come to the Olympia to tell our fans about it.”

Shaquille O’Neal is a high-profile basketball player who has a keen interest in bodybuilding. Over the past few years, Shaq has worked with Olympia and helped promote the brand. He’s even been crowned an honorary ambassador.

Shaquille O’Neal shows up — all these folks are really tied to what we do because they want access to our world as well. That’s how I know we are in a really good place when all these supposed outsider entities are looking at us and saying, ‘we want to be a part of this,'” Dan Solomon said.

“Shaq isn’t just plugged in the casual sense, Shaq follows the guys. He’s got his favorites. I remember after show he had his own thoughts on who should win, why didn’t Hadi Choopan win the Olympia, he was like, ‘I got Hadi winning.’ He’s a fan of Chris Bumstead,” says Solomon.

Solomon shared that he and the company are ‘working on’ which celebrities will make an appearance. With bigger names, Dan said he likes to be careful with what he reveals in case they don’t show up.

“We’re working on it [which celebrities]. We always try to avoid announcing big celebrities, especially the big timers right, because they don’t always show up. So we always try to be careful of what we promise but I can tell you they all continue to reach out. All the names you just mentioned, Mark Wahlberg, you may have seen it. He just sent over a super cool video telling everybody to all give us a shoutout, which was great.”

Solomon on Fixing ‘Boring’ Atmosphere at Olympia Shows: ‘We’re Tweaking Things to Make It More Palpable for Everybody’

Some fans have complained that live Olympia events are boring, so Solomon is changing a few things to make for a more exciting experience.

“We’re very fortunate that we’ve created the kind of event that is appealing to a larger audience than ever before. A lot of credit goes to the stage production that we put on. I remember when we hired Tamer [El Guindy], I remember saying to Tamer, ‘we always hear about how people get bored at bodybuilding shows right.’ People always said, ‘it’s boring to go to a bodybuilding show.'”

Solomon is confident he’s built an atmosphere at Olympia that fans appreciate. He added that celebrities who attend usually stick around until the end of the show.

“And while there is some truth to that, and we are always tweaking things to make it more palatable for everybody, but the truth is, that whole rock concert environment that we created — that wildly intensely overwhelming experience of sound, lighting, and stage productions.

These big-time celebrities show up, they don’t leave early. They love every second of it. Then they come up to me and Jake and say they want to be a part of this,” says Dan Solomon.

Many fans thought seven-time Mr. Olympia Phil Heath might compete for his eighth title this year after meeting with Solomon. However, in mid-July, Heath confirmed that he will be commentating the event instead.

There are only three weeks until 2022 Mr. Olympia and Solomon expects it to be a blockbuster sellout. The Olympia President couldn’t guarantee which celebrities would be in attendance but promised a stellar show nonetheless that anyone will want to be a part of.