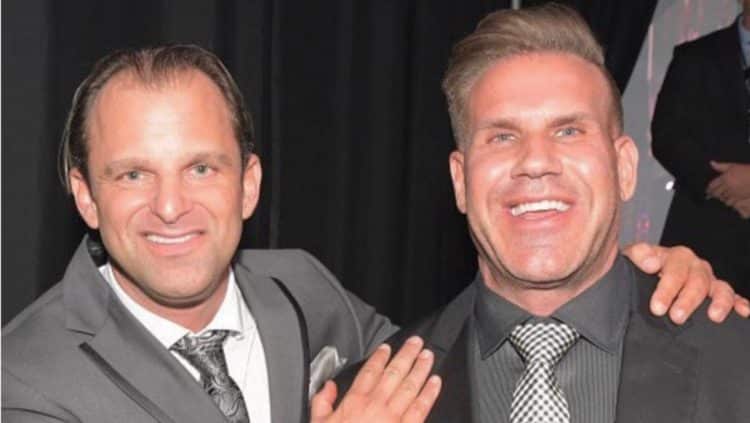 Olympia President Dan Solomon has seen a lot of bodybuilders come and go throughout his illustrious career. In a video shared by Olympia TV, Solomon named Jay Cutler as his favorite bodybuilder and relived some of the most impactful moments in modern Olympia history.

Jay Cutler reached the top of the sport during the 2000s when he won the prestigious Olympia title on four occasions (2006, 2007, 2009, 2010). He was involved in one of bodybuilding’s biggest rivalries with eight-time Mr. Olympia Ronnie Coleman. Despite stepping away from the sport, Cutler is by far one of the most iconic bodybuilders to ever throw on a pair of posing trunks.

In retirement, Cutler routinely shares workout videos and offers his opinions on the division he once ruled over. In order to reach the top of the sport, Cutler went to great lengths to dethrone “The King”. He was inspired by Coleman’s high-volume training and relentless work ethic. Cutler said he had to separate himself from society and ‘go to a dark place’ in order to maintain his position as one of the top bodybuilders in the world.

While he no longer competes, his impact on the sport is felt today. In Dan Solomon’s opinion, there is no other bodybuilder who managed to inspire others quite like Jay Cutler did.

In a recent video, Dan Solomon called Cutler his favorite bodybuilder of all time.

“Okay, that’s not a difficult question for me. We’ve gotten a chance to know many of them. Many of them have changed the landscape of what we do but there is one person that stands out for me and I’m going to tell you why. The name I’m about to tell you is the guy who is responsible for inspiring more athletes to compete today, referring to male bodybuilders, to compete today than any athlete who has ever done it.” Dan Solomon explained via the Olympia TV YouTube channel.

According to Solomon, he picked Cutler over Arnold Schwarzenegger because the “Austrian Oak” inspired prior generations.

“You’re going to be surprised by the answer. It’s not Arnold [Schwarzenegger] and it’s not Arnold because Arnold was an inspiration to prior generations.

Solomon doesn’t believe any bodybuilder has inspired athletes in the way Cutler has.

“Jay Cutler because of what he did as a competitor, and what he continues to do in his post-competition life. He would have to be my favorite.”

When asked who he believed brought the best physique of all time, Solomon named Phil Heath and Ronnie Coleman.

“If you start looking at the best night that Phil Heath ever walked on stage, with that three-dimensional muscle… it was wildly impressive. Certainly, there was a couple times when Ronnie Coleman walked on stage at his best, you would look at it and almost start laughing in disbelief, like how is that even real.”

“Those two physiques stand out as the two greatest physiques, in terms of structure and in terms of how dangerous they were.”

Solomon on Greatest Moment in Olympia History: “In 2006 When Jay did the Impossible”

Solomon believes Cutler dethroning Coleman in 2006 will go down as one of the most iconic moments in bodybuilding history.

“The night in 2006 when Jay Cutler did the impossible. Remember, Jay Cutler did not just win the Mr. Olympia. Jay Cutler beat Ronnie Coleman. That’s a big difference — the greatest of all time and he did it on that stage. Jay had been the perennial runner-up year-in and year-out. He was the blue-collar champion that everybody was rooting for.”

“The night Bob Cicherillo finally said the next name you hear is going to be Mr. Olympia, and Ronnie is standing there next to Jay, and Bob yells out ‘Jay Cutler’. That was an emotional and exciting night.”

In addition to Cutler, Dan also referred to 1998 Mr. Olympia when discussing some of his favorite moments. At the time, Coleman defeated four-time Arnold Classic winner Flex Wheeler en route to his first Olympia title.

“My co-favorite would have to take us back to 1998.” Solomon shared. “It was the night Flex Wheeler was supposed to show up and win it. Dorian Yates had just retired. A guy who finished ninth place a year before, Ronnie Coleman, came in and shocked the world and beat Flex Wheeler and became Mr. Olympia.”

Anticipation for this year’s Mr. Olympia contest is growing. Cutler gave his top picks recently for the Men’s Open division. As it stands, he sees reigning champion Big Ramy ‘handily’ defending his title later this year. At the end of last month, Solomon revealed that Ramy is finalizing his preparations to win his third Sandow trophy at 2022 Olympia.

With legends like Coleman, Heath, and Cutler in the mix, Olympia President Solomon had plenty of historic Olympia moments to choose from. Given the generations of talent Cutler has inspired, Dan Solomon couldn’t name a better ambassador for the sport of bodybuilding.