Derek Lunsford Believes He Can ‘Absolutely’ Win 2022 Olympia, Explains Move to Open: ‘It’d Take The Love Out of Bodybuilding’ 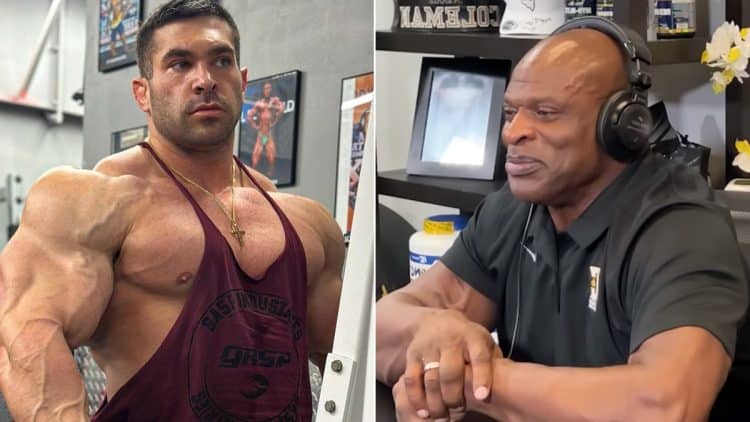 Bodybuilder Derek Lunsford is gearing up for the upcoming 2022 Olympia, scheduled for Dec. 15-18 at Planet Hollywood Resort & Casino in Las Vegas, Nevada. In an appearance on Ronnie Coleman’s Nothin But A Podcast, Lunsford shared his ambitions for the show and explained his move to the Open category.

Reigning 212 champion Derek Lunsford earned his first Olympia trophy by ending out former champion Shaun Clarida at the 2021 Olympia. However, Lunsford will not be returning to defend the title.

Lunsford’s coach Hany Rambod had voiced his concerns about making weight safely for the 212 category. Mr. Olympia president Dan Solomon shared a similar sentiment and stated that the company was considering an invitation for Lunsford to compete in the Open class, which is renowned for hosting some of the freakiest mass monsters in the world.

Lunsford made headlines for his guest-posing appearance at the 2022 Pittsburgh Pro. He managed to hold his own standing next to some of the top contenders of the Men’s Open division, including Hunter Labrada, Nick Walker, and former victor Brandon Curry. His impressive showing led to speculation about his future in the 212 division, with many wondering how he would stack up in the Open lineup.

In September, the IFBB Pro League and Derek confirmed that his request for the special invitation to compete in the Open division was accepted. This year’s season is shaping up to be one of the most competitive in recent history, and Lunsford’s addition to the roster added a burst of excitement.

Men’s Open competitor Iain Valliere took issue with Lunsford getting a special invite and argued that he should have earned it like the others. On the other hand, bodybuilding Hall of Famer Chris Cormier heaped praises on Lunsford’s package and went as far as to say that Lunsford ‘deserved it more than any of the other competitors’ he had witnessed.

In an appearance on Ronnie Coleman’s Nothin But A Podcast, Derek Lunsford backed himself to potentially win the 2022 Olympia.

“I can continue to keep coming back and getting better and that’s what I plan on doing. I don’t see myself stepping away from the stage anytime soon. This bodybuilding is a journey, it’s not just about one show, one year, one time. I’m just going to continue on. Do I believe I can win? Absolutely. That’s what I’m coming to do.”

He detailed his move to the Open division after competing in the 212 category for five years.

“I love bodybuilding. I got into this because I loved getting better. I wanted every day to go to the gym, sculpt my physique, get bigger, stronger, and just ultimately be my best, fulfill my best potential. I stuck in the 212 for several years because I really wanted to get that title, it eluded me for several years.

The fifth year I did 212 Mr. Olympia, we finally brought it home. It wasn’t at that moment that I decided to go to Open, it was actually handful of months ago after the guest posing. I always knew in the back of my mind, I’m not going to see my fullest potential with a weight cap at 212.

“It would take the love out of bodybuilding for me. I’d feel like I’m not even bodybuilding at that point, I’m just kind of maintaining my physique. Regardless of win, lose, placings, everything, I just love bodybuilding. I want to see my fullest potential.”

Derek Lunsford has received major support going into the nearing Olympia. According to Chris Cormier, the best of Lunsford is yet to come. He believes that Derek can bring a significantly better package and surprise the entire bodybuilding world. Former Olympia champion Samir Bannout agrees with Cormier that Lunsford has the potential to upset a lot of people at the show.

Lunsford recently took some time out of his packed schedule for a fan Q&A session, where he opened up about his bodybuilding journey, the keys to getting a shredded physique, and advice to 20-year-olds.